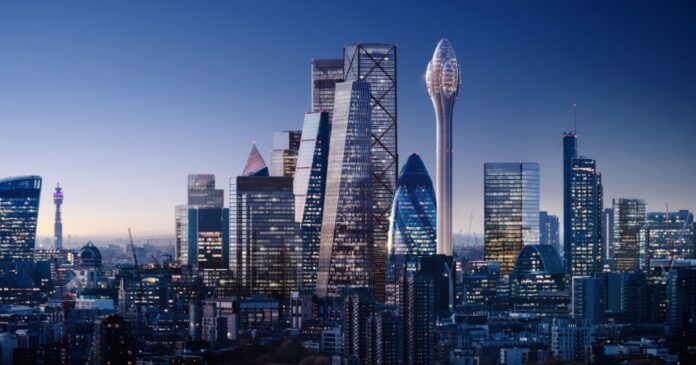 The controversial Tulip skyscraper could bloom in the City after all.

The team behind the Foster + Partners designed 305.3m tall tower have lodged an appeal. This comes after the Mayor of London Sadiq Khan rejected the plan for the scheme which would dominate the skyline in the City of London.

If it wins the appeal it could be the second highest structure in the capital – at just a metre less than the Shard in Southwark.

It would also loom over One Canada Square in Canary Wharf, which is currently the second tallest tower in London. And it would overtake One Undershaft as the Square Mile’s tallest tower.

It had previously been approved by the City of London Corporation which said the building would add to its vision of the Square Mile as a “vibrant” place to visit.

Last July the Mayor criticised the building and said its height, design and appearance “would not contribute to the highest quality of design” required for a tall building in the area.

NOW READ: Bank-Monument link “one of the world’s most complex subterranean railway stations”

The scheme for the 1,000 ft tower includes a roof garden with birds’ eye views of the London and beyond, and an education centre. There are not plans for offices at the development near the Gherkin.

The Tulip would feature a viewing platform at 300m, a sky bar, a restaurant with a 360-degree view of the City, sky bridges, internal glass slides, and gondola pod rides on the building’s facade.

The planning application also includes a two-storey pavilion next to the skyscraper, featuring a publicly-accessible rooftop garden.

However, the appeal has been welcomed by the City of London.

A City Corporation spokeswoman said: its “Planning and transportation committee carefully considered this application in detail before approving it in principle last year.

“It is our judgement that the Tulip would play an important role in further realising a vision for the Square Mile as a vibrant 24/7 world-class destination and that this building would send a powerful message that London remains open to all.

“We can confirm that the applicant has submitted a planning appeal to the Mayor of London’s direction to refuse approval last year.”

The dates for the planning appeal hearing are yet to be announced.