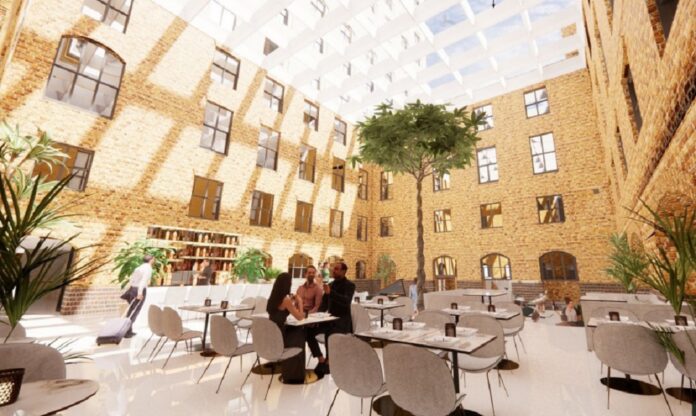 New pictures have unveiled the latest plans for a luxury hotel at a former City of London Police station.

Wood Street Police Station is set to be transformed into a five-star 235-bed hotel with a ballroom, gourmet restaurant and bar.

The Grade II-listed site, built in 1966, will keep many of its original features, including horse stables converted into a restaurant, a police hall into a ballroom and prisoner cells into private rooms for a posh “whisky bar”. The plans also include a basement spa and gym and a small number of exclusive guest rooms with jacuzzis. 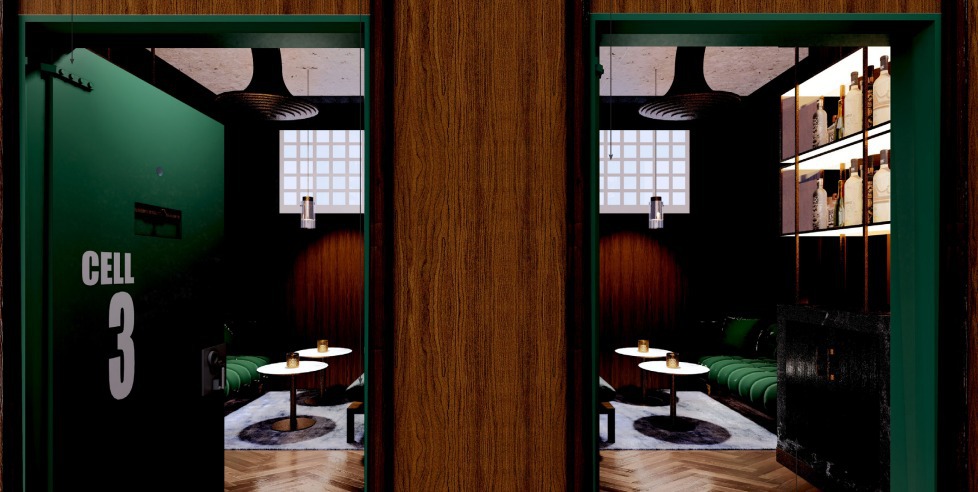 The proposed revamp aims to transform the inside of the building with little done to change its outward appearance. A courtyard will form the “heart” of the site, with the bar, restaurant and ballroom all open to the public.

The station was bought by Magnificent Hotel Investments, a Hong Kong hotel company, for £40 million in January 2020. The company is worth an estimated £1 billion and led by William Cheng Kai-man, son-in-law of one of Hong Kong’s richest men – real estate mogul Lee Shau Kee.

NOW READ: Tourism in London may not fully recover until 2025

A new planning report said: “The public will be able to look forward to enjoying the building’s elaborately refurbished heritage assets, such as the police horse stables which will become a gourmet restaurant with guest dining booths accommodated inside the individual horse stables; the preserved prisoner cells as private entertainment rooms for the proposed whisky bar and the sensitive refurbishment of the police assembly hall (Rolph Hall) as a grand ballroom.

“This ambitious proposal as a grand hotel will likely be managed by a five-star international hotel brand providing increased diversity of accommodation, adding to the attraction of the Square Mile as a 24/7 destination and helping to meet growing demand for overnight accommodation.” 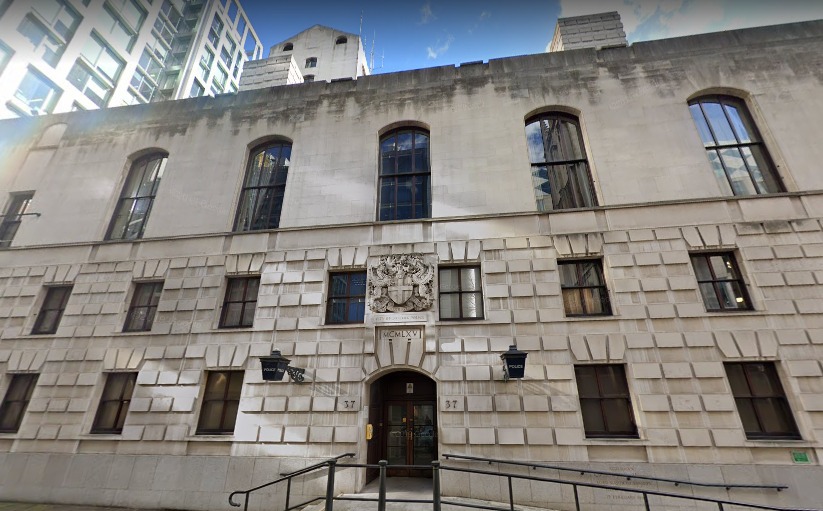 The property was bought on a 151-year lease and officers left the site in June 2021. It is located in the Barbican ward of the City, near the Museum of London and the iconic brutalist estate. The building is also a short walk from St Paul’s Cathedral and the Guildhall building, where the City of London Corporation is based.

Plans to turn the station into a 216-bedroom hotel were approved by the City of London Corporation, which runs the Square Mile, in October. But Magnificent Hotel Investments has submitted revised plans for the site with extra guest rooms, more outdoor seating, a new layout for the bar and restaurant and extra measures to tackle fire safety and asbestos found in the tower of the building. The developer also axed plans for a new two-storey extension for bedrooms.

The plans come amid a wider shake-up of police stations in the City, with the corporation approving plans to convert Snow Hill Police Station into a Premier Inn, in September. The City of London Police was also given a new headquarters in April after the corporation backed plans for a new courthouse and police hub in Fleet Street. The City of London will make a decision on the revised hotel plans at Wood Street in due course.

The Corporation’s Chair of Capital Buildings, Sir Michael Snyder, previously said: “The sale of Wood Street offers the opportunity to help meet growing demand for overnight accommodation in the Square Mile, while at the same time taking forward our plans to create a new headquarters for the police to ensure they continue to deliver a first class service.

“As we work towards realising our vision of the City as a 24/7 destination, it is estimated more than 4,000 hotel rooms will be required to meet demand from workers, tourists and residents.”