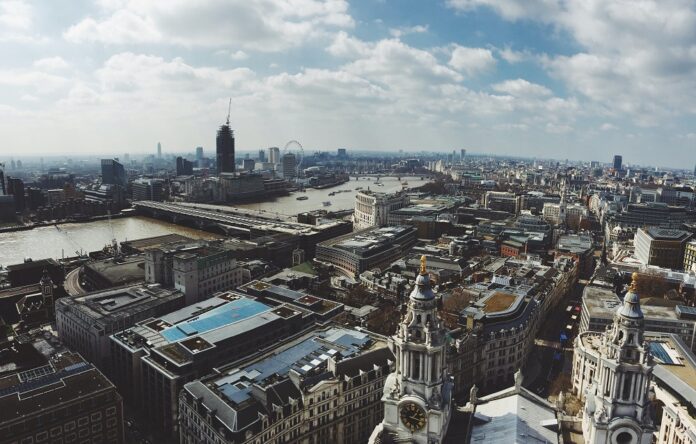 A huge block of student halls with stunning views of London could be built next to an ancient viaduct in Holborn.

Around 650 students could soon be housed in a 12-storey tower in the City of London with a rooftop garden overlooking the Old Bailey and St Paul’s Cathedral.

The developer, Dominvs Group, wants to build the halls near Holborn Viaduct on the old site of a 1950s office block that was demolished in 2020.

A planning report says: “The proposed development will bring significant improvements to the townscape and public realm of Holborn Viaduct and Snow Hill, through an architectural and landscape scheme of high quality.

“This is a distinctive building that incorporates striking architecture, innovative
landscape architecture.

“The site represents an excellent opportunity to deliver a scheme which optimises the development potential of an underutilised site within a highly accessible location.

“The proposed development seeks to provide a range of high quality student accommodation… to encourage well-being and social interaction among students.”

The plans include a music room, yoga studio, gym, laundry and café/bar and a rooftop garden free for the public to access.

The student rooms will range from studio flats to seven-bed apartments with shared kitchens.

Over 60 of the rooms have wheelchair access and 230 of them would be affordable.

Dominvs Group is in talks with the London School of Economics and Political Science for the university to be the main occupier of the student halls.

Plans for a hotel, restaurant and offices were approved for the site in 2020.

It was going to be covered in plants, featuring the ‘largest living wall in Europe’, but the plans were axed after fears about fire safety and the huge amount of water it would take to keep it alive.

A report by planning officers says: “The influx of a new demographic of young people housed in the student accommodation above… would help to cultivate the transformation of the area to a culture quarter of the City.

“The accessible roof terrace would enhance the visitor experience and elevate public views of the rich heritage of the townscape looking east.”

The City of London Corporation will decide whether to approve the new block at a meeting on Tuesday (February 1).

Officers have recommended that the plans are approved.