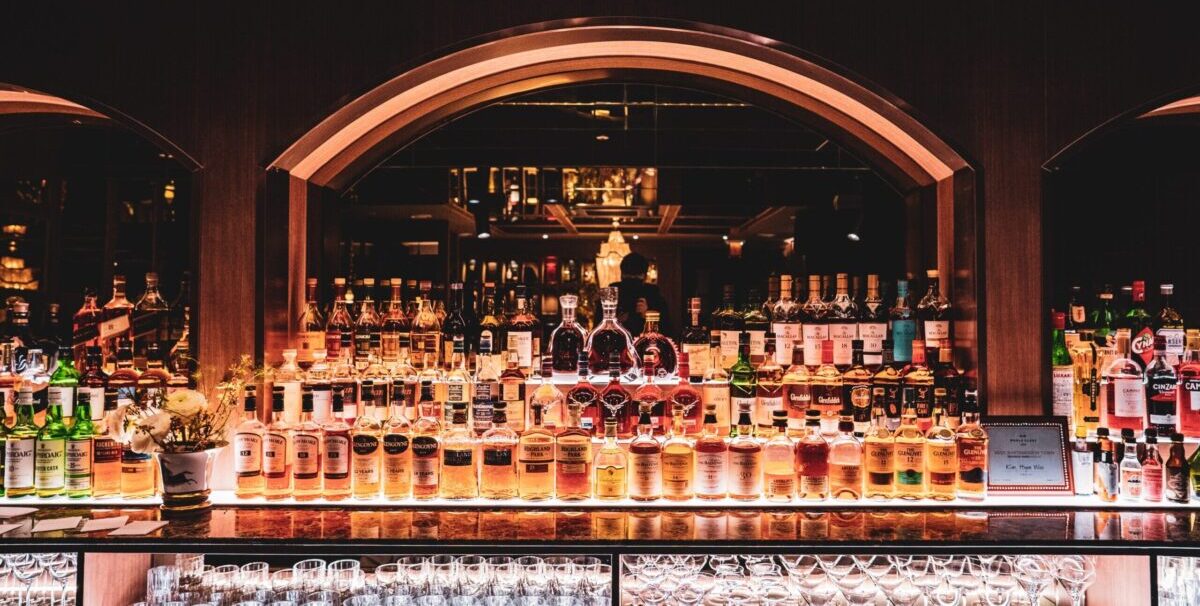 City of London private members’ clubs are the epitome of luxury.

From century-old societies to modern-day media cliques, the private members’ club is an institution firmly set to stay as one of the most exclusive and elusive organisations around.

Whether you’re looking for a laidback cocktail on a terrace at Ned’s Club with like-minded professionals, or considering a glass of something special in Ten Trinity at The Four Seasons surrounded by rich heritage, the City of London has a private members’ club for you.

Here are the best City of London private members’ clubs you should check out right now.

Head to Ned’s Club’ at The Ned’s rooftop to dip your toes in the pool and sip on margaritas before making your way down to the late-night bar – situated in an original bank vault. If you’re after a post-meeting workout, stay active at the gym or recharge in the luxurious spa on the floor below. After an afternoon of pampering, pick from one of The Ned’s six restaurants situated in the historic former banking hall, where you’ll be able experience menus from across the globe. Why not try the superfood salad at the Malibu Kitchen or a Wagyu steak at Lutyens Grill? If this is not exclusive enough, the new Ned’s Friends Membership will allow access to members-only spaces, events and benefits.
thened.com

Located in a converted warehouse, and part of The Soho House Group, the hip Shoreditch House boasts panoramic vistas of the City and East End. The members’ club also has an exciting roster of exclusive events, packed with creative and cultural dates ready to fill your diary. If you’re looking to cool off, dive into the year-round heated rooftop pool before drying off on one of the many deck chairs. If you’re after some quiet time, visit the club’s distinguished sitting room, full of shelves brimming with books, board games and daily papers. Finish your day slumped in a booth at the Fifth Floor restaurant and tuck into some contemporary British food.
sohohouse.com/houses/shoreditch-house

You’ll find this historic members’ club in the heart of the City of London, peering over Tower Bridge and the Tower of London. One of London’s most exclusive members’ clubs, the institution has made itself at home in the five-star hotel. Offering a wide array of unique and opulent benefits as part of its package, the membership includes speaking events, private viewings and classes with partners who are experts in their particular fields. What’s more, you can even hire one of the club’s private spaces to host your own event. Dine on the Michilin-starred menu from Anne-Sophie Pic in the Chateau Latour Dining Room, or sip on an exquisite Merlot curated by award-winning sommelier, Jan Konetzki.
fourseasons.com/tentrinity

A family-run City of London private members’ club, The Walbrook Club is a stone’s throw away from the Bank of England. The lavish club’s decor was designed by the late Mark Birley of the prestigious Mark’s Club, Harry’s Bar and Annabel’s. However, being family-run, each piece of furniture and artwork has been chosen with care by the owners to create a relaxed atmosphere – think private townhouse. That being said, you’ll be encouraged to dress up rather than down. You won’t be able to avoid the club’s restaurant where you can treat yourself to a delicious plate from legendary Albert Roux of Le Gavroche. The self-proclaimed provocator of discreet elegance, The Walbrook Club is a modern take on extravagance.
walbrook-club.co.uk 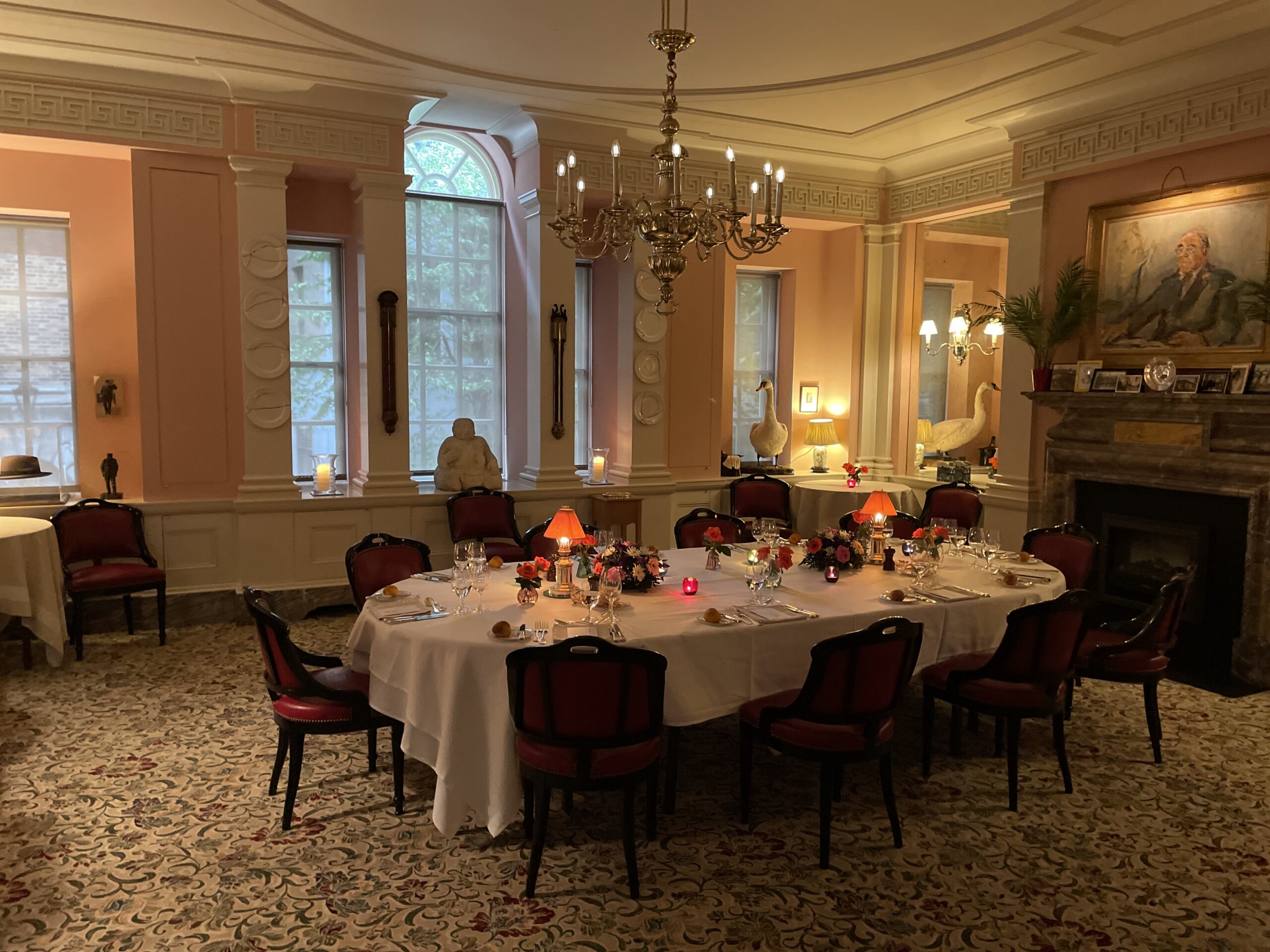 Enjoy a night’s stay at the M Club and wake up with access to pure indulgence with the club’s membership offering. With two locations in the City, you can choose from entering through a secret wall at M Den Victoria Street, or viewing a rotating art gallery at the M Den at Threadneedle Street. Victoria Street boasts a private bar and six-seat screening room with chocolate and burnt orange decor. However, if entertainment is your thing, head to the ‘Locker Room’ at Threadneedle Street, where you can make use of the Def Tech 5.1 system, games room (complete with Playstation) or pool table before heading to the bar for a nightcap.
mrestaurants.co.uk

Balancing work, rest and play, The Eight Club is hidden away in the heart of the City of London. Home to pure luxury, the private members’ club really is a beautiful place to find yourself after a long day. Make sure you check out the wrap around rooftop terrace which will give you panoramic views of the City. Membership will give you access to two locations in the Square Mile, including Eight Bank and Eight Moorgate. Plus, you’ll get exclusive access to the famous luxury gym, Eight Core. Set up a business meeting in one of the rooms before enjoying events from the club’s jammed-packed calendar.
eightclub.co.uk