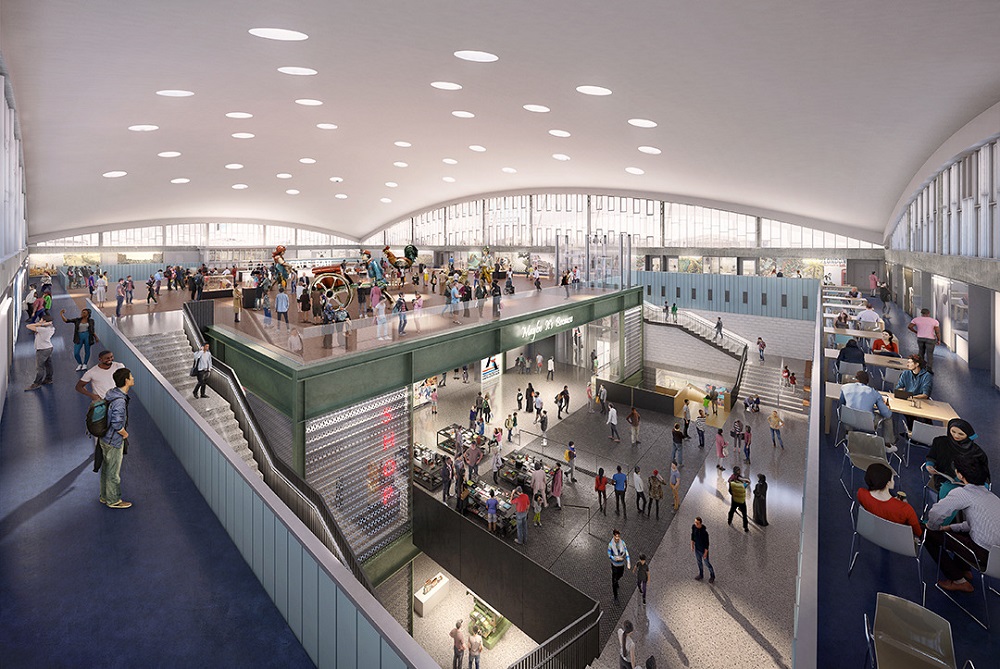 The next stage of work to develop a £17m scheme to transform an “uninviting” road in the City of London can resume.

The City of London Corporation wants to update the route between the Rotunda at the Museum of London and the former BT site on Newgate Street near St Paul’s Underground station and Bastion House, a tower block next to the Museum.

It hopes the scheme – now renamed the St Paul’s Gyratory – will also improve safety for pedestrians and cyclists.

The route links the historic London Wall, where visitors can still see remains of London’s Roman defences with the current home of the museum and St Paul’s Tube.

In a report for the policy sub committee, project manager George Wright said “The entire gyratory area is traffic dominated and uninviting, causing significant severance for pedestrians between St. Paul’s and the Museum of London.”

So far the City of London Corporation has spent £360,000 on early work on the project.

Work on the £332m new home for the Museum of London at Smithfield was approved at the City’s planning committee last year. It plans to move into its new home in 2024.

However the Corporation also pulled the plug in March this year on a £288m new home for the London Symphony Orchestra at the museum’s current home on London Wall.

It cut the scheme as part of its fundamental review of its budgets which started before the pandemic.

Instead of creating a 2,000-seater auditorium it will invest in the nearby Barbican arts centre which celebrates its 40th anniversary next year.

It’s currently uncertain what will happen to the museum’s current site when it moves.

It will be paid for by Transport for London, which plans to gain money for highway improvements from four developments in the area.

The Corporation plans to spend £1.3m to £1.5m developing the plan over the next three years.

Its projects committee agreed that the work can resume.

According to early drawings it will include Aldersgate, St Martin le Grand and King Edward Street which both border the old BT building.

The roads also serve Barts Hospital and border Postman’s Park – famous for the moving tributes to Londoners who gave their lives rescuing others.