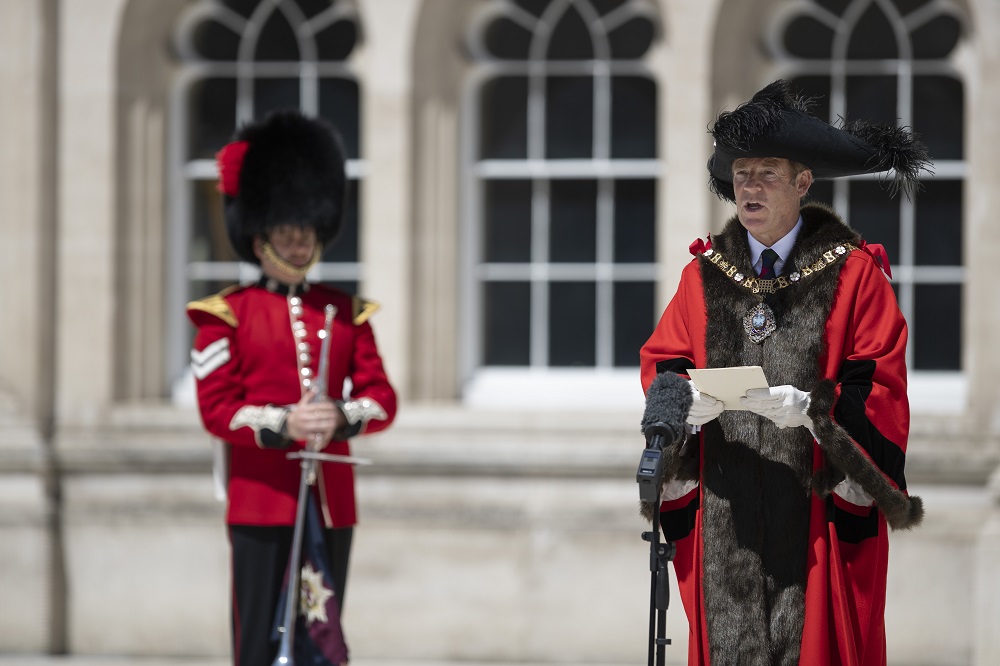 The flag of the Armed Forces will fly over Guildhall throughout Armed Forces Week (22-27 June) in a show of respect from the City of London Corporation.

A flag raising ceremony was presided over by the Lord Mayor of London William Russell, in the presence of elected Members of the City of London Corporation and senior military figures from all three services.

Local authorities across the UK, Channel Islands and Isle of Man have raised specially commissioned Armed Forces Day flags in a display of support, honouring Britain’s service men and women. 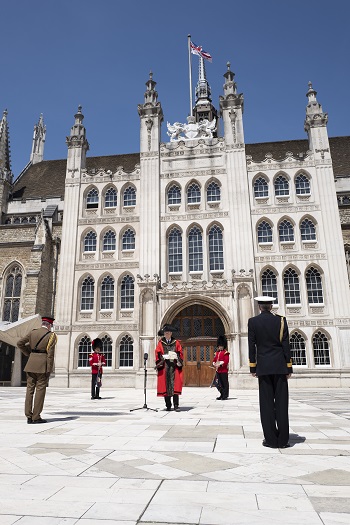 City Reservists from the Royal Navy, Army, Royal Air Force and the First Aid Nursing Yeomanry will join Mr Russell in a virtual event on Wednesday to celebrate Reserves Day.

Lord Mayor of London and President of the City Reserve Forces and Cadets Association, Mr Russell, said: “We pay tribute to the indefatigable work of our Regular and Reserve armed forces during the pandemic, which has served as yet another reminder of the vital role they play in protecting and supporting our society.

“We are committed to investigating further work around recruitment and employability in the City for service leavers and veterans, and to encouraging employer support for Reservists and Cadet Force Adult Volunteers.”