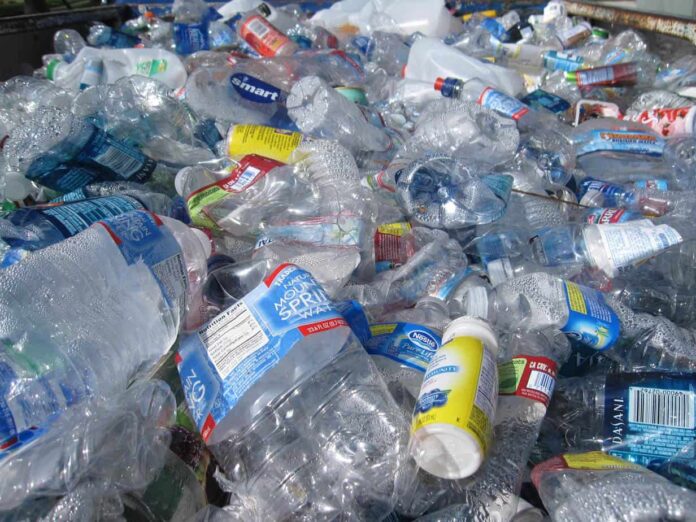 The City Corporation has unveiled a first look at ambitious plans to cut plastic consumption across the Square Mile in 2018.

More drinking water fountains and a scheme to have City bars pledge to reduce their single-use plastic items like straws and bottles were among proposals set out in the Plastic Free City report tabled at the port health and environmental services committee meeting earlier this week.

Corporation chiefs were asked to defend the City’s recycling record at the Common Council meeting on 11 January in the wake of the government announcing plans to eliminate all plastic waste in Britain within 25 years.

Environment committee chairman Jeremy Simons said the figures reflected a London-wide trend, and that the City remained one of the best performing councils in London for recycling, outperforming neighbours Westminster (17.3%), Hackney and Camden (both 24.8%), and Tower Hamlets (27.4%).

But the City still comes in a full 13 percentage points behind top performer Bexley, which recycles 52% of its household waste, and policy chief Catherine McGuinness conceded that the Corporation could be doing more to lead by example.

During question time at the Common Council meeting one member asked whether the City Corporation would ever consider prohibiting the use of disposable coffee cups in the Corporation offices altogether, following news that more than seven million are binned in the UK per day.

Ms McGuinness stopped short of considering a blanket ban, but promised she would be looking into installing more dedicated coffee cup recycling facilities around Guildhall following the success of its Square Mile Challenge recycling campaign throughout 2017.

Plans for a ‘Plastic Free City’ remain vague in their early stages, but the committee resolved to “lead by example” in raising awareness of the issues around the increasing production of single-use plastics and consequential high levels of marine pollution.

It suggests an ad campaign along the riverfront and bridges during the summer months, and working with City businesses to promote and reward the use of reusable products.

Hospitality group D&D, which owns several City restaurants including Coq d’Argent, New Street Grill and the Royal Exchange Grand Café, has already pledged to enforce a group-wide ban on plastic across their venues, one of the first restaurant groups to do so.

Des Gunewardena, CEO and chairman of D&D said that the scheme goes hand-in-hand with existing policies.

“As restaurateurs, sustainability and caring for the environment generally have been central to how we run our business for years.”