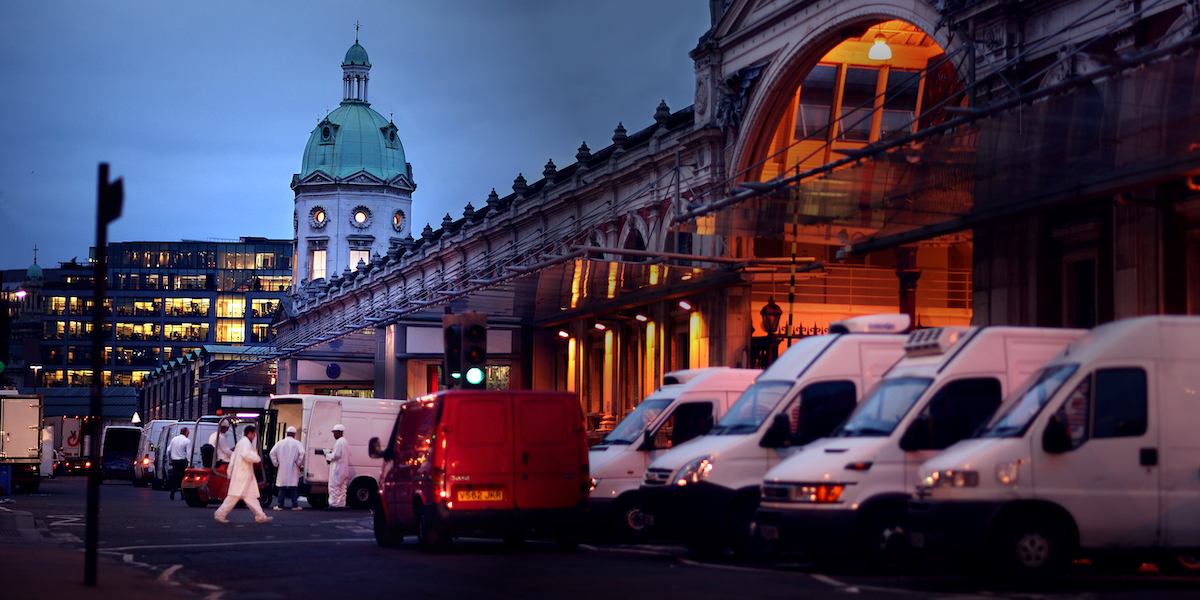 The City of London Corporation is seeking to appoint a heritage qualified architect to consider potential future uses for two major Smithfield Market buildings, in the event of the meat market moving to a major new site at Dagenham Dock.

The architect’s brief focuses on transforming the Grade II* listed East and West Market buildings and the separately listed Grade II Rotunda into a space that connects with the area and enables a range of cultural activities.

The project would be required to work within the constraints of the listing and appreciate the buildings’ importance as a historic landmark within Culture Mile.

The successful architectural practice will be responsible for producing a series of concept designs for fully accessible buildings that secures their legacy for future generations.

The announcement comes at a time of significant change for London and the Square Mile – the Museum of London will relocate to the General Market building and elements of the Poultry Market by 2024, and the Elizabeth Line is expected to open its east-to-west line, with stations flanking Smithfield, by spring 2021.

Culture Mile, of which the Museum of London and Smithfield are vital parts, continues to develop as a major cultural and creative destination, led by the City Corporation and in partnership with the Barbican, Museum of London, Guildhall School of Music & Drama, and London Symphony Orchestra.

The City of London Corporation has also recently opened a public consultation on proposals to relocate its three wholesale markets – Smithfield, New Spitalfields, and Billingsgate – to one site at Dagenham Dock, which requires approval from Parliament following a Private Bill, which is anticipated for introduction in late 2020.

“Smithfield has contributed to London life for more than eight centuries, and for over 150 years these much-loved buildings have been home to Smithfield Market.

“We want to make sure that, if the meat market relocates, the buildings have a vibrant future within Culture Mile, ensuring that they flourish, and that their legacy is assured.

“We are looking forward to hearing architects’ proposals about how they would sensitively reimagine these buildings into a development of which residents, workers, and the City Corporation would feel rightly proud.”

The process to find an architectural practice started last month. The appointment will not be made until the end of this calendar year so that feedback received from the public consultation can be reflected in the concept designs.