12 people have been told to pay out over £6,000 as part of a pilot clampdown on illegal street traders, gamblers and pickpockets operating on five London bridges.

Following the success of the pilot, the project will now be rolled out more widely, with extra officers covering more ground surrounding the bridges, after a £268k boost from central funds.

And Tower Hamlets and Southwark councils have agreed to give enforcement authority to officers to act against illegal street traders around the bridges within their local authority boundaries.

Chairman of the City of London Corporation’s Environmental Services Committee, Keith Bottomley, said: “This vital enforcement is disrupting criminals and protecting Londoners from unhygienic illegal food vendors which are a serious threat to public health. 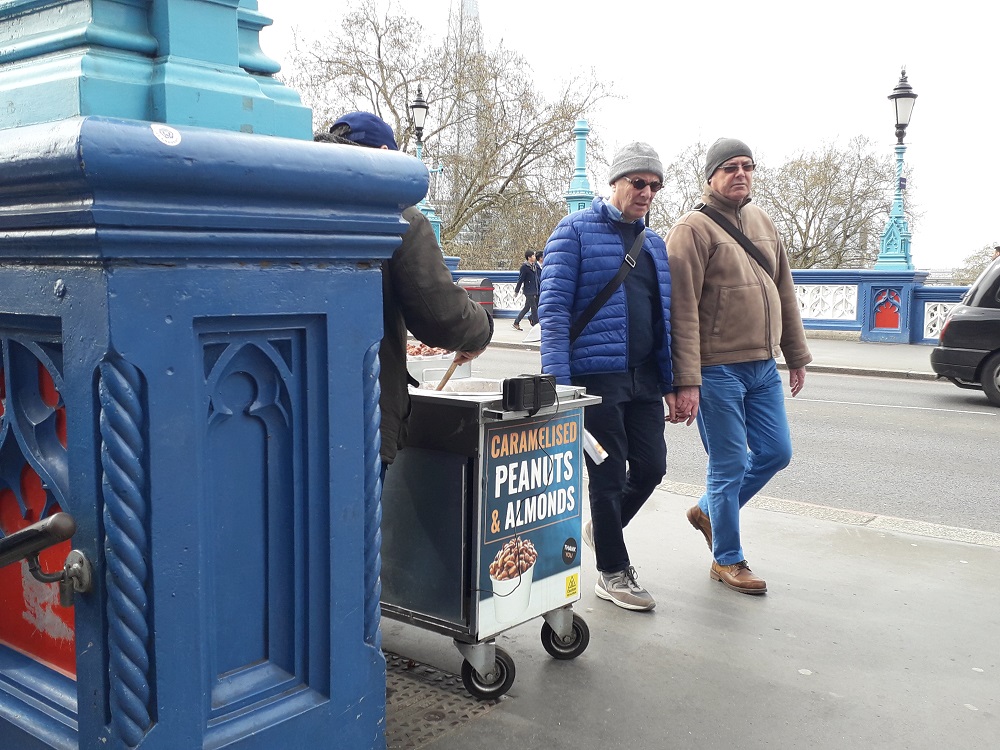 “These unlawful traders were co-ordinated, opportunistic and swiftly adapt to patterns of enforcement.

“But thanks to our partnership work, unlawful street trading within the City of London, and particularly on the bridges, has been all but eliminated.”

She said: “Because they are unlicensed, it is impossible to quality assure the foods that they sell, so they present a real risk to customer’s health.

“We also undertook this work in response to residents living around the bridges, from whom we were at points receiving daily complaints.

“Working together with the City of London Corporation, we have overcome the challenges presented by two separate entities controlling our bridges, and the legal challenges that this presented.

“We are delighted that the City Corporation is now able to enforce, seize and prosecute, on all sections of both bridges.”

“It’s pleasing to see that this project has received extra funding, which will enable us to continue disrupting illegal gambling operations, as well as protecting members of the public from falling victim to pickpocketing.”