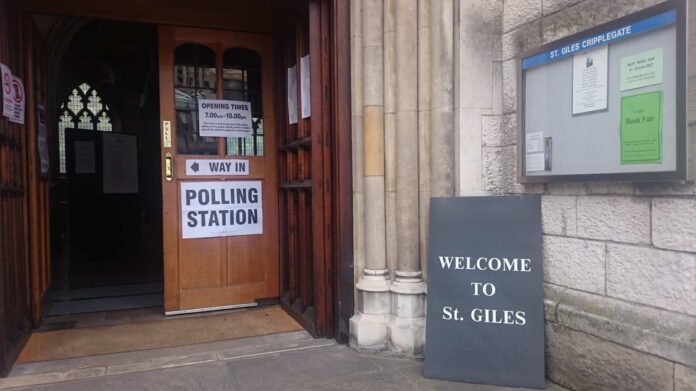 Voting is underway in the general election as polls opened across the Square Mile from 7am on Thursday for City residents to cast their vote.

Record numbers of voters are expected to turn out for what has been described as the most hotly-contested election in recent times, with Brits anxious to have their say on the future of the NHS, education, public and private services, immigration and, of course, Brexit.

The Cities of London & Westminster, which covers the Square Mile in its entirety, as well as key residential pockets in Westminster, has been a Tory stronghold since 1965.

Conservative Mark Field is expected to hold onto his seat, though it could be far from a washout according to the most recent YouGov polls, which has the result at a tossup, with Mr Field just edging out Labour’s Ibrahim Dogus by an estimated 41% to 39%.

Mr Dogus jumped on predictions of a unprecedented close race, campaigning hard in the final hours before the polls close at 10pm.

With this historic chance for change in #CitiesofLondonandWestminster please call on everyone you know to come out today and vote! 🙂 pic.twitter.com/Aw7smwzw4n

The polling station at St Giles Cripplegate was mostly quiet when City Matters visited around midday, with residents arriving in dribs and drabs hoping to miss the after work crowds of voters racing to cast their ballots before the polls close at 10pm.

Where to vote: the full list of polling stations for the City