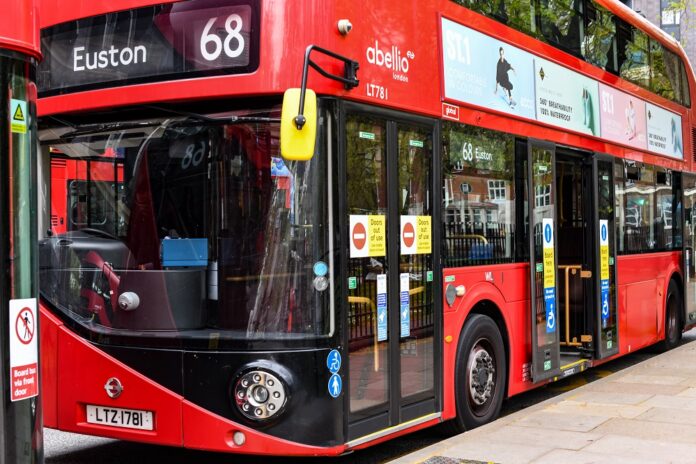 Bus travel in London will be free of charge during the coronavirus outbreak, Transport for London (TfL) has announced.

All two-door buses will move to middle-door entry on 20 April – with the front of the vehicle roped off to protect drivers from contact with passengers.

Those travelling will not have to tap in with their Oyster or bank card, TfL has said.

The change follows a one week trial in south London. TfL said it was satisfied that social distancing could be maintained when passengers boarded from the middle of the bus.

Bus use has fallen 85% during lockdown compared to the same time last year, the network said.

Sadiq Khan thanked bus workers for their “heroic” role fighting the virus, and said he was “really pleased” middle-door boarding will now be introduced across London.

He said: “I will continue to do whatever it takes to keep our transport workers as safe as possible.”

But drivers said the Mayor should stop “trumpeting” his successes, and do more to stop bus workers dying from Covid-19.

Twenty-six transport workers have died of the virus in the capital, according to the latest confirmed figures – including at least 15 bus workers.

Drivers today held a minute’s silence at 9am to honour the colleagues they have lost – and told the Local Democracy service they feel neglected and vulnerable.

TfL says it has already introduced extra anti-viral cleaning on buses, sealed the screens on drivers’ cabins, and blocked chairs near the driver – but staff say the changes are not being applied consistently across the city. 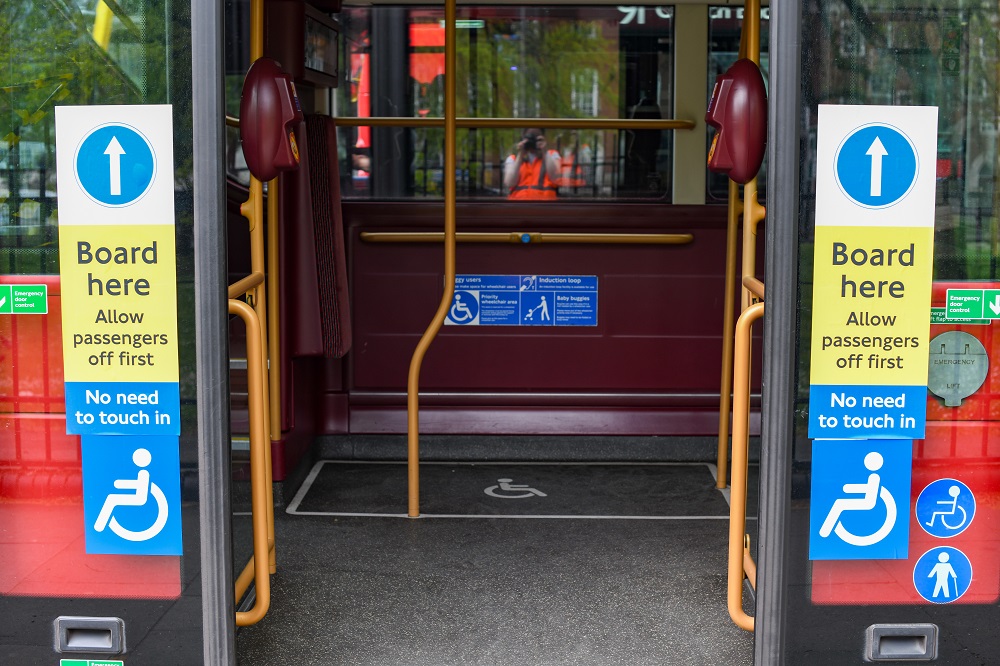 One driver said middle-door opening was “a great first step” – but he now believes drivers should also be issued with face masks for further protection.

Another said the change was “too little too late to make a difference” – and could encourage more people to use buses during lockdown if they don’t have to pay.

And a third driver said he was concerned about “a greater risk of cross contamination” if passengers were all boarding at the same door.

Guidance from bus companies sent to drivers shows buses with one door will still be used on some routes, he said – meaning those workers will not be protected.

He said: “The standing joke already is that they will be going around with no passengers because the drivers are in solidarity with their double-door colleagues.”

He claimed there has been “no joined up thinking”, and changes are being brought in ad hoc, rather than following a clear plan.

She said: “Extending middle-door only boarding across the bus network will add another layer of protection on top of the other robust safeguards in place.”

Peter Kavanagh, London regional secretary for Unite, said he was “relieved” TfL and the Mayor has listened to the union’s concerns.

He said: “We have 20,000 bus workers across the capital, and they have lost colleagues and friends in recent weeks.

“They need to see all the support that they can muster from the Mayor, the employers and TfL so that they can assure their loved ones that they are being kept safe at work.”