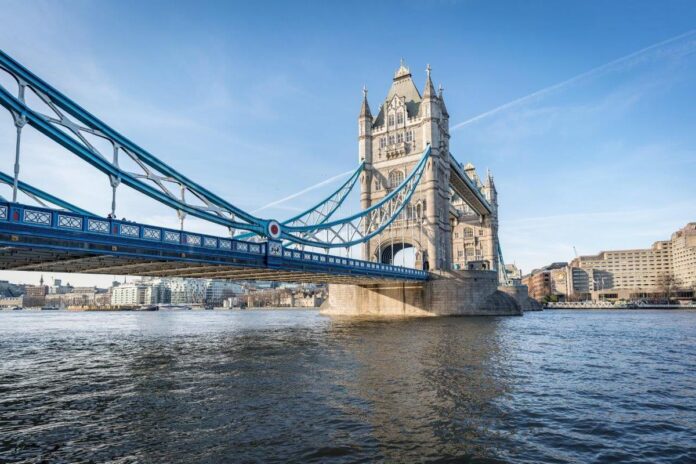 Buses could be banned from Tower Bridge as too many heavy vehicles are using the famous landmark to cross into the City of London.

More drivers are using Tower Bridge since restrictions were put in on neighbouring London Bridge in March, and there are fears that the weight of traffic could cause structural damage.

There is an 18-tonne weight limit on Tower Bridge but as many as five overweight lorries still cross it each day, according to the City of London Corporation.

Only buses, taxis, motorbikes and bikes are allowed to cross London Bridge between 7am and 7pm on weekdays meaning more traffic is heading over Tower Bridge.

The changed measures have been a success on London Bridge. Bus times are now over two minutes quicker per kilometre and there are 1,500 more cyclists using London Bridge compared to last year.

But this means drivers are having to take alternative routes, and pedestrians and cyclists crossing Tower Bridge, are left breathing in more pollution as the road becomes congested.

Now the City of London is looking to ban more vehicles from crossing Tower Bridge to protect the landmark and help ease traffic. It has also called for stricter weight enforcement to be introduced on the bridge.

A report from the City of London Corporation said: “Unfortunately, TfL have not [enforced the weight restriction] for a number of years contrary to the agreement the City had to facilitate the introduction of Congestion Charging.

“We have convinced Southwark Council to undertake this enforcement on behalf of TfL to afford some protection for the Bridge. If these proposals continue and TfL do not introduce additional measures to afford Tower Bridge some protection from HGV’s then the next step will be for the BHE [Bridge House Estates] Board to require the weight restriction to be changed to a regulatory restriction used for weak Bridges.

“This will not allow the exemption for buses and prohibit many of the existing tourist buses crossing the bridge but is also enforceable by the police as a traffic offence.”

The report added that if there is even more damage on the bridge then the weight limit may be dropped and physical barriers could be built to prevent lorries from crossing.