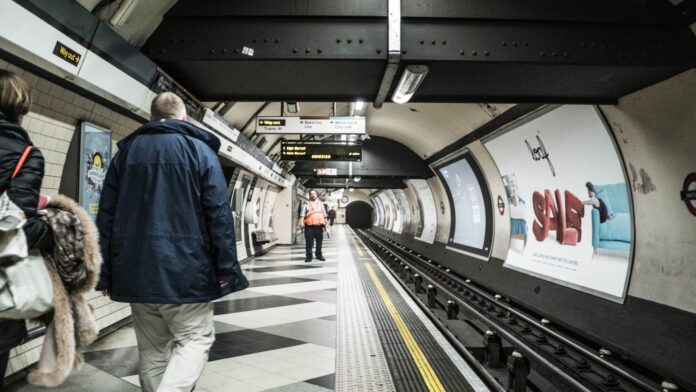 London’s Tube network is set to face yet more disruption in the coming months as further strike action is “likely” following the latest TfL funding deal, a union has warned.

On Tuesday, it was announced that TfL had accepted a multi-billion pound bailout from the Government that will keep services running and fund maintenance and infrastructure projects through to March 2024.

But Mayor of London Sadiq Khan said that “onerous” conditions attached to the deal by Government meant it was “far from ideal”, with fare increases, service cuts and changes to TfL staff pensions still on the cards.

The Tube network was brought to an almost complete standstill on August 19 when members of the union walked out over fears that the bailout, which RMT says was negotiated “in secret”, would lead to job and pensions cuts.

On Wednesday morning, the RMT union announced that the conditions imposed by the Government will “likely” lead to more strikes.

“Grant Shapps’ attack on Tube workers would be unacceptable at any time but in an escalating cost of living crisis it is shameful and will be resisted through further strike action.

“TfL need to stand up to Grant Shapps and demand a deal that serves all the people of London and addresses the real concerns of London transport workers who keep the capital running.”

The biggest point of contention for unions contained within the funding agreement is the condition that TfL has until September to outline how it intends to move its pension scheme into a “long-term, financially sustainable position”.

That is despite Khan saying in June that he was “not persuaded that there are any grounds to change the pensions” of those working for TfL and that it was “for the Government to make the case” following an independent review into TfL’s pensions.

Unions are also strongly opposed to the Government’s provision that TfL should “assess the case” for driverless trains on the Tube network, something that has been included in previous funding deals.

In a Tweet, Khan has accused the Government of attempting to “provoke further industrial action”, which he said will lead to “more disruption” and “misery” for London’s commuters.

Transport Secretary Shapps said the deal “more than delivers for Londoners” and matches the Mayor of London’s own pre-pandemic spending plans.

Shapps said: “The Mayor must follow through on his promises to get TfL back on a steady financial footing, stop relying on Government bailouts and take responsibility for his actions.”