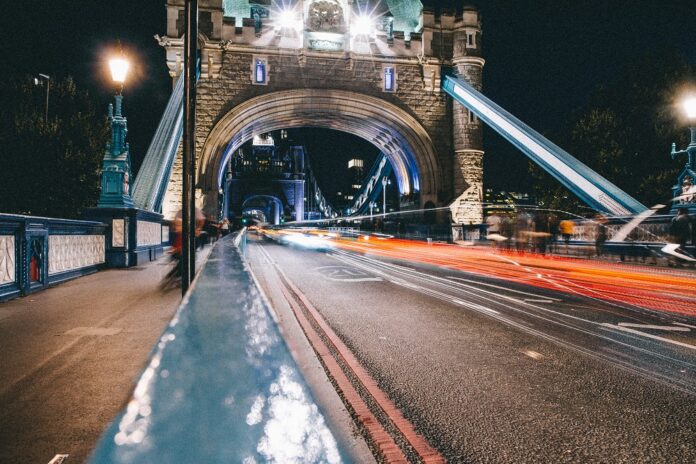 Hopes of avoiding a car-led recovery from the COVID-19 pandemic in London have been dashed as new data shows car usage returned almost to pre-pandemic levels in 2021.

Figures revealed by City Hall show that, while passenger numbers on public transport have struggled to recover since March 2020, car use has been far more resilient.

With many people once again choosing to get around by car, Mayor of London Sadiq Khan has warned that the capital is facing a twin threat of “filthy air and gridlocked roads” that could be costing the economy as much as £5.1 billion a year.

Khan said: “Whilst we have made huge strides in increasing walking and cycling in London throughout the pandemic, car use has remained consistently high. If we do not double down on our efforts to deliver a greener, more sustainable future we will replace one public health crisis with another – caused by filthy air and gridlocked roads.

“The cost to both Londoners and the capital cannot be underestimated, with days wasted stuck in traffic, billions lost to the economy and increased road danger and health impacts. Most traffic is caused simply by there being too great a demand for limited street space, meaning the only long-term solution can be to significantly reduce car use in favour of greener means of travel.”

During the pandemic, the number of journeys made by cycling increased by 22 percent compared to 2019, while TfL’s Santander cycle hire scheme saw record-breaking months in September and October 2021.

But the slow recovery of public transport ridership saw the total number of journeys made by “active, efficient and sustainable” transport fall by as much as five per cent between 2019 and 2020, with more journeys being made in cars.

That is despite the fact that, according to City Hall, more than a third of car journeys made by Londoners could be walked in under 25 minutes.

Nick Bowes, chief executive of the Centre for London thinktank, has said that the new figures show that “more needs to be done” to encourage Londoners to use more sustainable transport and that existing mitigations such as the Congestion Charge are “outdated”.

Bowes said: “The Congestion Charge, while world-leading when it was first introduced, is outdated and its effectiveness has diminished over time, particularly as it only affects those who drive through our city centre.”

“The Mayor needs to be bold and introduce a simpler, smarter and fairer system of road user charging which replaces both the Congestion Charge and the Ultra-Low Emission Zone. Such a scheme would tackle congestion, improve air quality and promote travel by public transport, walking and cycling, by charging drivers by the mile. It could also play a key role in filling the hole in Transport for London’s budget.”

The issue of smart road charging was brought up in a recent Mayor’s Question Time meeting by Green London Assembly Member Sian Berry, who said that it was “well overdue” for the Mayor of London to discuss options for fairer road pricing.

Reacting to the new figures, Berry said that the ongoing issue of traffic congestion “is a warning sign that transport policies in London are not working”.

Berry said: “The Mayor cannot deliver a green recovery from the pandemic unless he gives Londoners transport options that are easier, safer and cheaper than car travel.”

“Instead, our fares are rising and Londoners are being forced into cars, while bus, train and tube services are being cut, and not enough is being done to make space for safe walking and cycling.”

She added that smart road charging is a solution to London’s congestion problem “that has been ignored for too long”.