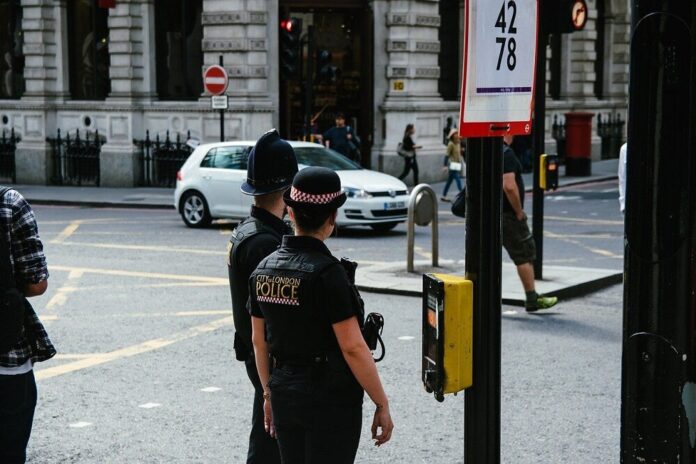 Barbican Estate residents have labelled the decision to close their local police office “a load of tosh”, despite statements from police commissioner Ian Dyson that it was down to fire-safety issues.

The City of London Police argue the office at the foot of Shakespeare Tower on the Grade I-listed estate has become “redundant” and will soon close.

Police and community support officers are said to use it as a base from which they patrol the 2,000-home estate, renowned for its brutalist architecture.

News of the closure came days after the sale of Wood Street and Snow Hill police stations, leaving the Square Mile with just one police front counter, in Bishopsgate.

One estate resident said the Barbican deserves its own police office because it’s “the size of a small town” and that locals will be “sad to see it go”.

The closure was first mentioned in a report prepared for the City of London Corporation’s Police Authority Board meeting on 22 January.

During the meeting, alderman Alison Gowman, a resident of the tower, said: “To be honest, until I read the paper I wasn’t aware of the closure.”

Police commissioner Dyson replied: “That premises didn’t meet the latest fire-safety inspections, so we had to move people out…

“It has come a bit premature for those reasons, but I think we have to be honest about the usage of that facility by the public, and looking at what accommodation is being provided for us by the authority.”

The City of London Corporation, which manages the estate, does not consider Shakespeare Tower to have a fire-safety issue.

However, the police later provided a list of six fire-safety issues, which include: “the fire-fighting equipment is out of test date”, and “there is nothing on the main electrical intake panel to show that it has been tested”.

The police provided the following statement: “In the case of Shakespeare Tower, [a] report identified some aspects for improvement within the office itself. These, whilst not critical to anyone’s safety, needed to be made in order for the office to be fully compliant.

“As it is very infrequently used, City of London Police had to weigh up the costs for additional fire-safety provision against the benefits of keeping on a largely redundant office, and decided to terminate the lease.”

Ted Reilly, 74, who is chair of the Shakespeare Tower residents group, called the fire-risk issue “a load of tosh”.

“To the right of the police office there was an architectural firm’s office, and there’s the porter for the building. So what’s the risk to them?”

Another Barbican estate resident who didn’t wish to be named said: “I think people might be sad to see it go. The estate probably has 4,000 residents. It’s the size of a small town, so why shouldn’t we have our own police station.”