At City Matters we are always looking to find new ways to serve as the voice for the residents of the City of London. The Barbican Bugle is a monthly column written by Barbican Association General Council representative Helen Hudson, who has lived in Defoe House on and off since the 1980s. Published in the first edition each month, Helen’s column will keep you informed on the big stories affecting the City’s largest residential pocket.

I write this on a miserable Friday and it is clear that the Game Of Thrones meme is becoming more and more accurate – Winter is coming!

We start with the City’s idea to allow drone flights for filming as an alternative to helicopters. Drones had been banned in City airspace but the Corporation is to allow them on a trial basis as long as there is “effective stewarding”.

As usual, there are two sides to the argument. Drones will certainly reduce the noise we have suffered from the helicopters filming from above (most often at weekends when we need it the least).

In addition to this, the rules are quite specific about how the City might allow drone applications. Drones would only be allowed for large-scale projects involving road closures, and filming would only be permitted in that area.

On the other side of the coin, modern film equipment is so powerful that it could render such restrictions obsolete. A hypothetical shooting day along Aldersgate Street might necessitate some modesty about our estate.

But I’m feeling positive about the move because we would know well in advance of any filming for a change. As usual, communication is everything and pre-warned is all I want! Hobby droners remain banned.

Plans for our new London concert hall have moved a step closer with the announcement that New York firm Diller Scofidio + Renfro has been chosen from a shortlist of six to submit a design for the building by December 2018. The design is set to contain a concert hall with up to 2,000 seats, as well as classrooms and training spaces.

It’s cost, estimated to be between £200m and £250m, is to be funded largely through private donations, although the City earlier this year chipped in £2.5m for a business plan. Other members of the design team will include Buro Happold (civil and structural engineer and building services engineer), Nagata Acoustics (acoustician), Charcoalblue (theatre consultant), and AECOM (cost consultant).

While having a little surf, I was ecstatic to see one of the designs from Diller Scofidio + Renfro – namely High Line park in New York City – is a very Barbican-like walkway with planted borders (think Highwalk meets Garden Bridge).

Converting each section of the High Line from an out-of-use 1930s railroad trestle to a public landscape was a huge job with lots of community input, so we should expect the same quality and consultation.

If everything goes to schedule, the new concert hall would be a key part of the 10 to 15-year project to create Culture Mile, linking the Barbican with the new Museum of London, which is moving to Smithfield Market.

The major event for us this month is the Lord Mayor’s Show on 11 November.
The Silent Ceremony, to witness the admission of the new Lord Mayor will take place at 3pm on 10 November at 3pm.

There are no official tickets left but there will be a ticket desk on the day, where a limited supply of returned tickets will be reallocated.

The end of celebration fireworks (which is the last remaining free firework display in London’s calendar) starts at 5.15pm, and the best viewing positions are along Victoria Embankment and the South Bank. A great chance to get out and revel in an ancient City tradition.

If you haven’t been already, there are free tours of Guildhall Art Gallery and London’s Roman Amphitheatre running every 30 minutes from 12.30pm-4pm on the day.

A less publicised gem is a City Music Foundation Concert by Claire Iselin on the Harp on 9 November at 6pm at St Lawrence Jewry. Tickets are £10 on Eventbrite (which includes refreshments) and you can enjoy the pre-Christmas calm with a programme featuring classical, romantic and impressionistic works.

For the kids, there is a Children’s Nature Photography Workshop on 19 November on Hampstead Heath (8am-4pm).  This is a free session led by award winning wildlife photographer Matthew Maran, and you can book on the City of London Corporation website. One more not to miss is the City of London Christmas Market running on 28 November (10.30am to 8pm) in the Guildhall Great Hall.Tickets are £5 from redcross.org.uk and include a glass of wine.

If you feel like spoiling yourself then there is a preview evening on 27 November when the Lord Mayor and Lady Mayoress will officially open the market. Tickets are limited and cost £40, which includes a drink, canapé reception, and re-entry the next day. The Weihnachtsmarkt will also be open on both days where you can watch a spectacular demonstration from the Company of Pikemen & Musketeers.

Lastly, there is a fascinating talk coming up on 28 November on The Clerkenwell Outrage, which unfolded on 13 December 1867. The Irish Republican Brotherhood exploded a bomb to free one of their members in Clerkenwell Prison.

Houses were damaged and 12 people killed but the plan failed. A relief fund was set up and this talk offers fascinating insights into the event.Starting at 2pm at the London Metropolitan Archives, booking is free on the Corporation website. 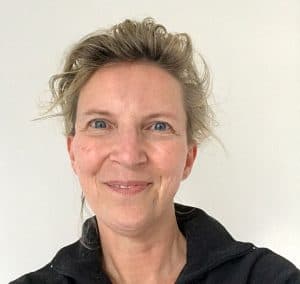