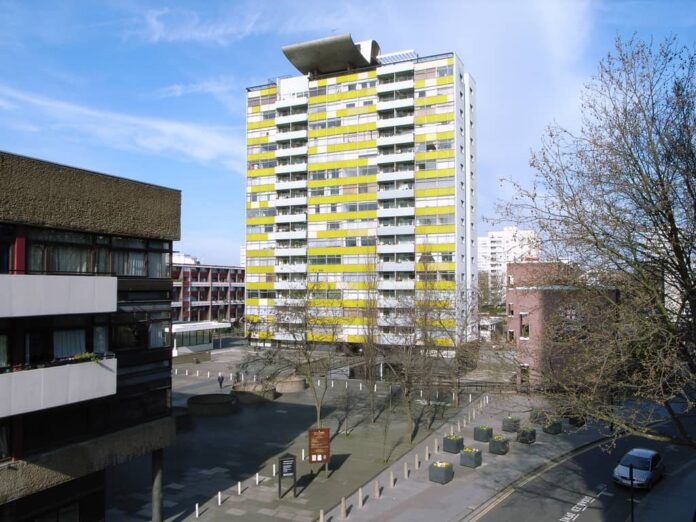 The proposals will now go out for public consultation, but are likely to be met with strong opposition from the Golden Lane Estate Residents’ Association (GLERA), which wants the streets surrounding both estates included as one large conservation area.

GLERA chair Tim Godsmark, who spearheaded the campaign and collected almost 780 signatures in support from local residents, says the redrawn zones have “emasculated the proposal”.

“The aim of the conservation area was to include the land between the estates and to the south of the Barbican so that more consideration could be given to the surroundings of the listed buildings,” he said.

Conservation areas were introduced in 1967 as a way to protect the quality and special interest of a neighbourhood or area as a whole, rather than specific buildings, and currently fall under sections 69 and 70 of the Planning Act.

Of particular contention is the area between the two estates around Fann Street and Bridgewater Square, earmarked in an officers’ report presented to the planning committee as ‘Zone 2’.

Planners said it did not meet the criteria for a conservation area, arguing that its inclusion could weaken the overall importance of conservation areas, which currently cover 35.8% of the Square Mile as 26 different zones.

The report said: “It is an area with historical associations from the 18th century; however the evidence that survives in the plan form is not of sufficiently high quality and defined character.”

But Mr Godsmark said that the Fann Street/Bridgewater Square area, which includes the Bernard Morgan House site, currently the subject of a controversial redevelopment into 99 luxury flats, is integral for the ongoing protection of the two estates.

“Although planning policy says that the setting of listed buildings should be carefully controlled, developments around the Golden Lane Estate and the Barbican simply seem to ignore this,” he said.

“Developments have been and are being built which overshadow and overlook people’s flats and, to make matters worse, the City seems very lax in applying the rules concerning provision of social housing and payments in lieu.”

Several members of the planning committee spoke out in favour of making Zone 2 part of the council’s recommended conservation area, with Mark Bostock calling the decision to leave “a hole” in the middle of the two protected estates “totally irrational”.

Thomas Anderson proposed an amendment to include Fann Street and surrounds in the proposal for public consultation, but it was ultimately thrown out with 11 committee members voting in favour and 14 against.

Residents will be able to have their say on the proposals once the public consultation is launched in the coming months.