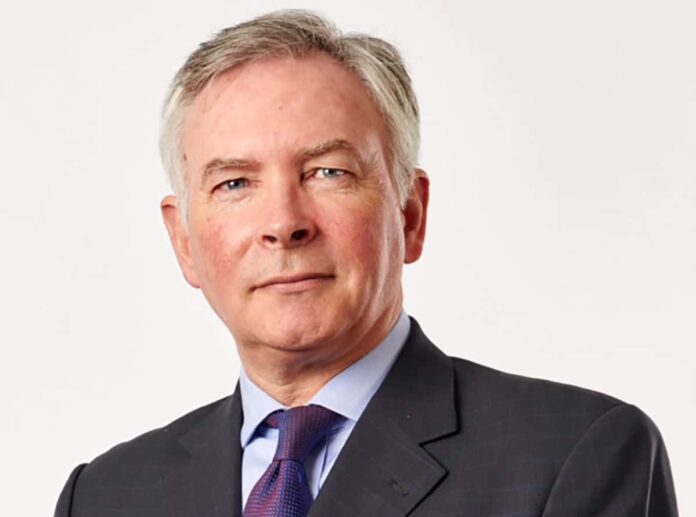 THE Court of Aldermen’s newest member has vowed to advocate for the insurance industry, which he says is “underrepresented” within the local authority.

Nicholas Lyons was elected as alderman of the ward of Tower last Wednesday, beating out five contenders including current common councilmen James Tumbridge and Marianne Fredericks for the top job.

More than 40% of voters turned out to cast their ballot in their election, which was called following the passing of longtime alderman Sir Paul Judge in May.

Mr Lyons, who claimed victory with 91 votes over his closest competitor, Ms Fredericks on 61, said the tight contest and high voter turnout indicated “a real sense of engagement” within the ward, which covers the eastern tip of the City around Fenchurch Street station.

“I’m excited about that, it demonstrates to me that I’ll get more active enquiry from electors in the ward and I will have a busy time of it,” he said.

Top of the to-do list will be to establish himself as a mouthpiece for the insurance industry, which he said is “underrepresented” in civic life, despite playing a huge economic role in the Square Mile and particularly Tower ward.

To do this, the married father of four will draw upon more than 35 years’ experience, first in banking, followed by non-executive director roles at Ki Cap and Miller Insurance Services LLP and chairing committees for the likes of Friends Life Group Limited and Longbow Capital Partners LLP.

“It’s an unusual balance of full on financial services but across a very broad spectrum of sectors,” he said of his career.

There are some big [insurance] firms in Tower Ward, and if you want to have the ability to pick up the phone and talk to someone about the issues, you don’t want to have to spend half an hour explaining what you do.

I can be a much more accessible voice for the businesses of the ward and beyond, and also, hopefully, a more effective and knowledgeable advocate.”

As for Tower ward’s 118 residential voters, Mr Lyons has pledged to address the planning, environmental and licensing issues concerning all those living in the City, particularly the knock-on effects of an increasing amount of nightlife in the Tower ward.

“There are the problems of noise and sanitation, which are pretty repellent, and we need to sort them out,” he said.

He is also mindful of the role he has to play in the bigger picture, which of course includes Brexit and the Court of Aldermen’s role in ensuring its voice is heard among the wider negotiations.

“I don’t think any single person is going to make a huge difference by themselves…if you want things to change you have to do it collectively and collaboratively,” he said, prioritising apprenticeships and traineeships to make City careers more accessible.

“We need to attract the best and brightest from all directions… diversity and inclusion are very important to me,” he said.

“I think whatever happens with the dreaded ‘B-word’ London is going to continue to thrive as an immensely important financial centre.”