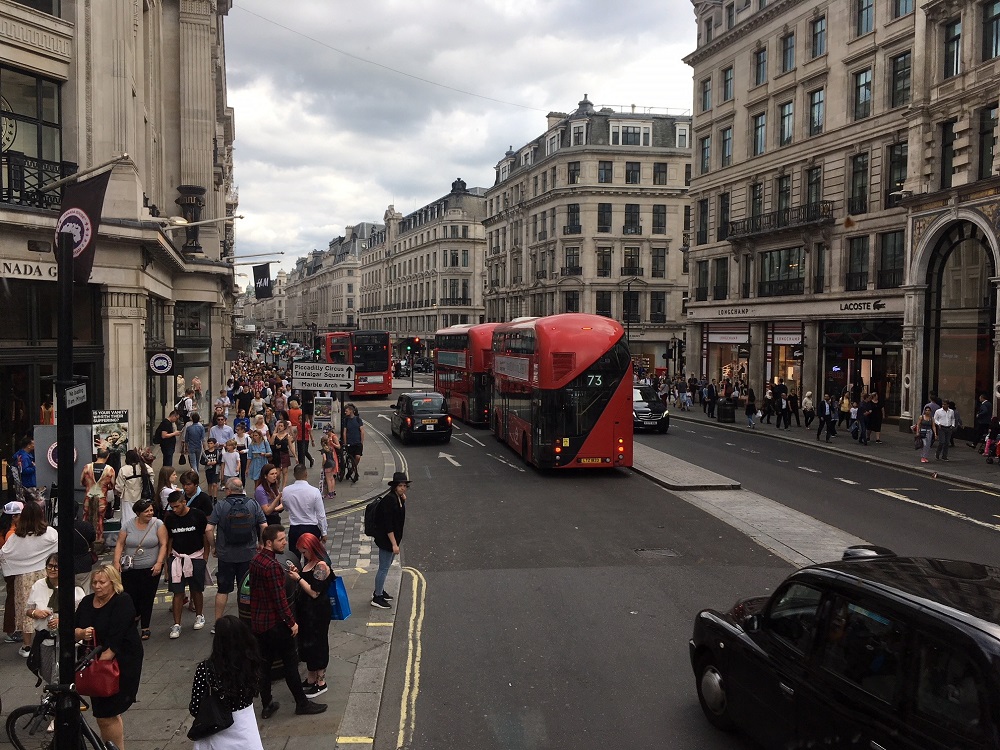 Miles of roads across central London now have 20mph limits in a bid to improve safety and air quality.

Westminster Council – which covers areas from the West End to Pimlico and West Kilburn – confirmed this week it has finished rolling out the speed changes throughout the borough.

The City of London Corporation reduced all roads in the Square Mile to 20mph earlier this year, and is planning to reduce them to 15mph limit.

Islington Council has had 20 mph speed limits since 2011, and Camden Council since 2013.

Transport for London has given the 20 mph speed limit to all highways it manages within the current Congestion Charge Zone.

To “align” with Westminster Council, TfL plans to do the same with its roads in the north of the borough, including Wellington Road, Park Road, Finchley Road and the A5205, although it said the Westway A40 will remain 30mph.

Westminster estimated in April that rolling out its scheme would cost £1,406,887, including costs on traffic management orders, new signage and “a major communications plan”.

It started the changes in July, after holding a public consultation of 1,600 people between September and December last year.

Two-thirds of respondents said they supported the speed changes, while 32 per cent opposed.

In 2013 the Department for Transport, “significantly amended its formal guidance to local authorities”, with recommendations that all councils in England should drop speed limits.

Councillor Andrew Smith, Westminster’s cabinet member for highways and the environment, said: “Our teams have been working throughout the summer to carefully and effectively complete this rollout across Westminster.

“Reducing our city-wide speed limit is a clear step forward in our efforts to create a hub of safe and sustainable transport, not only saving lives but creating a calmer and more inviting street environment for those who travel around our city, whether by foot, cycle, car, taxi or bus.”