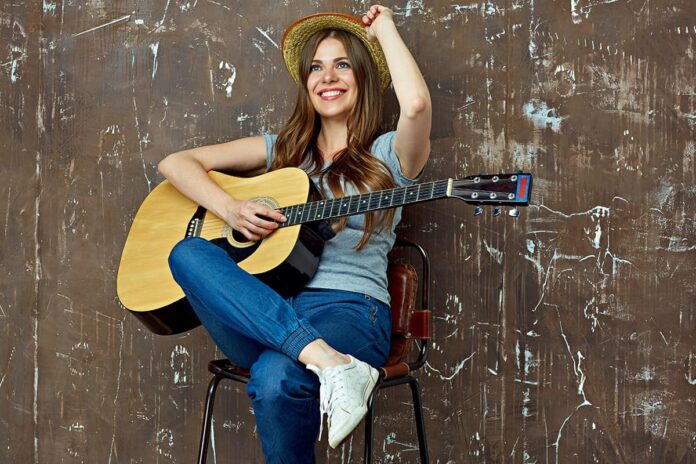 Miss La La was a Polish circus performer in the mid-19th century known for her ‘iron jaw’ strength act of carrying great weights high above the audience using only her teeth.

La La, born Olga Kaira, was one of the only mixed-race female iron-jaw acrobats of the era, who, by the age of 21, had gained significant fame in London and Paris as the subject of a painting by French artist Edgar Degas now on display at the National Gallery.

A trailblazing artist (and orthodontist’s worst nightmare), it must be said, but arguably a slightly random highlight for the City of London Corporation’s six-month season of arts and culture celebrating the achievements of women throughout history.

Women, Work and Power was commissioned, ostensibly, to commemorate the centenary of women’s suffrage – a City-centric festival inspired by the Mayor of London’s

#BehindEveryGreatCity campaign, which looks at London’s role in passing the Representation of the People Act. And while high profile heroines feature prominently throughout the programme of performances, exhibitions, screenings, talks and installations, for every Emmeline Pankhurst there is a Olga Kaira.

“We wanted this to be as much about the unsung heroines who helped shape our history and national identity in their various ways,” Laurie Miller-Zutshi, the Corporation’s head of cultural programming and partnerships says.

“Of course this year is about the centenary of the vote, but during our research we discovered that there are so many more anniversaries and occasions that mark women’s achievements in history.”

Among them; 70 years since the launch of the NHS; 50 years since 187 female sewing machinists at Ford’s Dagenham works went on strike to protest unequal pay; 30 years since Baroness Elizabeth Butler-Sloss became the first female appointed a Lord Justice of Appeal. It is also Emily Bronte’s 200th birthday, were she around to blow out the candles.

All wins, big and small, have been worked into the extensive programme, which takes place across the City’s most prominent venues from the Museum of London and the London Metropolitan Archives through to the Bank of England and Leadenhall Market.

Miss La La herself would probably be a fan of the first major commission of the series; an acrobatic staging of The Red Shoes from circus company Upswing and a contemporary dance display inside a cage from dance aerialists Motionhouse (2 & 3 August). Both will feature females performers only.

“Upswing is a female-led company and most of the performers in The Red Shoes were female anyway, and we requested the same of Motionhouse to make this a platform for women in all lines of work,” Laurie says.

Back on earth, an exhibition in Guildhall Yard marks 70 years of the NHS with a series of photographs documenting the arrival of Bajan nurses to help deliver Britain’s post-war baby boom (28 September to 31 October), while gender equality charity the Fawcett Society will conduct a series of talks on what the future of workplaces means for female-dominated industries (14 June and 13 September).

While much of the performance programme serves as a platform for female artists to shine, the Y-chromosome was by no means a deal breaker when it came to curating the line-up.

“Ultimately the programming choices we have made have been about the overall aim of the season, which is to highlight and celebrate the achievements of women,” Laurie says.

Acclaimed composer Iain Chambers has recruited students from the City of London School for Girls for a new soundscape celebrating women in their own words (22 & 23 September).

Historic recordings explore women’s freedom of thought and religion, their right to work, to be independent, to vote and participate in public life, including those of Emmeline Pankhurst defending herself at the Old Bailey and Elizabeth Fry experimenting with micro-loans.

These are combined with an all-women cast of soloists and a choir from City of London School for Girls – along with live musicians and a creative recorded soundscape.

“This is a male composer who is working with an all-women cast to tell stories about women, and he is bringing all of these elements together – so in that fact it’s not really relevant that he’s a man.”

Women, Work and Power runs until 30 November. For the full programme visit cityoflondon.gov.uk.