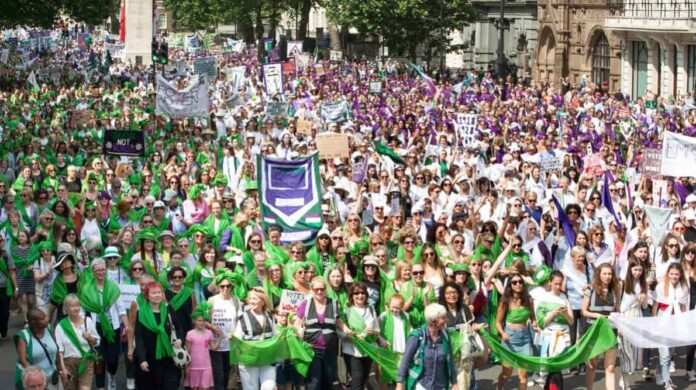 Pioneering women who played a key role in the life of the City will be commemorated in the Square Mile.

Their achievements will be marked with statues or other artworks in “prominent public positions” around the City of London.

The Corporation’s culture, heritage and libraries committee agreed that the City Arts Initiative should commission proposals.

The artwork, designed to celebrate the centenary of women’s suffrage, aims to bring women’s achievements to greater prominence.

“Whilst there are many statues of women outside of the City, within the City there are none to speak of, which could rise to a perception that this is a traditionally male domain,” according to a report.

In June, the Court of Common Council agreed to the idea.

It comes as the Corporation stages a six-month celebration of Women, Work and Power with a series of talks, guided walks and film screenings.

Councillor Vivienne Littlechild said: “This initiative is fantastic. I think the City has to find an appropriate place, not hidden behind a tree.”

She added she did not consider simply putting up a plaque as sufficient: “They have been disregarded for long enough – it’s time for the City to lead, not to follow.”

Anne Fairweather suggested there could also be plaques to successful 18th-century businesswomen who contributed to life in Cheapside.

She said their work was commemorated in a City of London library exhibition highlighting women in City livery companies.

No male councillors joined the discussion.

The committee considered an alternative option to fund existing plans for statutes outside the City for suffrage campaigner Sylvia Pankhurst, which needs to raise £70,000, and author of the Vindication of the Rights of Women, Mary Wollstonecraft.

Campaigners need £200,000 to fund a statue by artist Maggi Hambling of the 18th-century campaigner.

The Corporation  has already given £10,000 to the Pankhurst statue appeal. Patrons of the Mary on the Green campaign include former City Lord Mayor, Dame Fiona Woolf.

But councillors agreed they wanted to put up a statue within the Square Mile instead.

Bee Rowlatt, the chair of the Mary on the Green campaign, said she was “terribly disappointed” by the decision not to receive some funds.