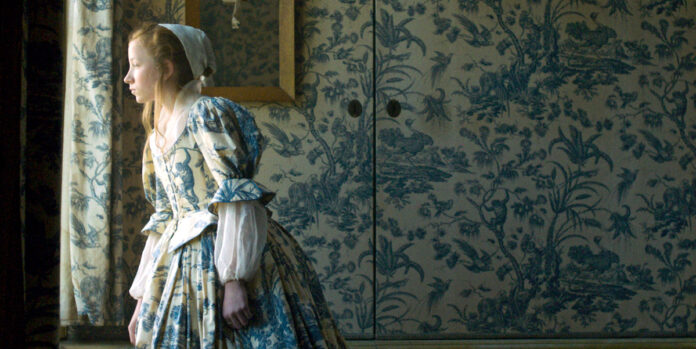 There are stacks of things to see, do and experience in and around the City of London each and every week. So here’s our roundup of the Square Mile’s best festivals, exhibitions, films and music performances for you to get involved with as we move away from dreary winter.

FILM / Her Lens, His Story: Female Directors and Masculinities

Explore complex, revealing and often provocative takes on men and masculinity, as seen through the lens of female filmmakers around the world. Directors featured in this season include Edith Carlmar, Kinuyo Tanaka, Larisa Shepitko and Shahrbanoo Sadat, many of which are very rarely screened in the UK and offer interesting and insightful depictions of its male characters.
4, 5, 9 & 10 March, tickets £12
Barbican Cinema 1 EC2Y 8DS and Cinema 2&3 EC2Y 8AE

In 2019, the Guildhall Art Gallery appointed Hannah Starkey as Guildhall Artist-in-Residence, supporting the development of new work created in and about the Square Mile with the theme of ‘Celebrating City Women’. And she has created this collection of seven new images which are described as heroic and epic, multi-generational and multicultural, reflecting and celebrating the diversity of the women themselves. The exhibition is designed to trigger personal interpretations and a deeper meditation on the day to day life of women working in the City of London.
From 6 March, free
Guildhall Art Gallery EC2V 5AE

Check out the new exhibition exploring the hidden sounds of the historic landmark, Tower Bridge. Centred around a new film by sound artist, inventor and filmmaker Di Mainstone, the exhibition recasts London’s defining landmark as a giant musical instrument and re-tells the story of Hannah Griggs, one of the Bridge’s first female workers. Visitors are also invited to create their own music using sounds captured from the Bridge itself.
Until 20 March, free with standard admission ticket
Tower Bridge Road SE1 2UP

Cinnamon Kitchen’s powder-paint throwing pop-up is returning to the City of London for its sixth residency from 4-15 March. Head over to Devonshire Square for a Holi paint session before grabbing a few cocktails at the pop-up Franklin & Sons tropical garden bar. Play Holi tickets cost £12 per person, or alternatively the House of Holi pod can be privately booked for £250. And that’s not all. Chef Vivek Singh will be hosting a Holi Supper Club event on 5 March and a Holi cookery Masterclass on 14 March. Tickets are £45 for the supper club and £225 for the masterclass.
4-15 March
9 Devonshire Square EC2M 4YL

When it comes to making music, there’s nothing for it like an orchestra! Learn how the instruments come together to make on stage magic with music that shows each of the orchestra’s instruments at their very best. Take in the spectacle of a live symphony orchestra, sing along and join in with free workshops in the Barbican foyers before the concert. The show is based on new children’s book How to Build an Orchestra, following a conductor who is auditioning each instrument for his orchestra, and featuring illustrations of Sir Simon Rattle and real LSO players.
7 March 2020, 2.30pm, tickets from £10
Barbican Hall EC2Y 8DS

Discover science across the City with a forensic investigation at the City of London Police Museum, creative chemistry at The Salters’ Company, and cunning conservation at Guildhall Art Gallery to celebrate British Science Week. British Science Week, run by the British Science Association is a ten-day celebration of science, technology, engineering and maths, featuring entertaining and engaging events and activities across the UK for people of all ages.
14 March, free
Guildhall Art Gallery EC2V 5AE, City of London Police Museum EC2V 7HH & The Salters’ Company EC2Y 5DE

Walking along the Barbican high-walks, you’ll learn more about the construction, design and influence of the estate, along with surprising and rarely seen sights and discoveries plus little known insights into this unique architectural endeavour. The Barbican’s Twilight tours are followed by a three-course meal in Osteria, where you can reflect upon your experience with spectacular views of the Barbican lakeside and fountains.
12 March-29 April, tickets £37.50
Barbican Centre and Estate EC2Y 8DS