The City calendar is always bursting with things to see, do and experience. And this week is no different. Visitors to the area can expect to check out a whole host of festivals, exhibitions, films and music performances as the City finally heats up. These are the top events in the City of London this week.

The entire stage becomes a fairy-filled forest for this new retelling of the Shakespeare classic, with viewers immersed within the play itself. Gwendoline Christie (Game of Thrones), Oliver Chris (Green Wing), David Moorst (Allelujah!) and Hammed Animashaun (The Festival) lead the cast as they fight, dance and get up to all kinds of mischief within the crowd of ticket holders. It’s immersive without getting you uncomfortably involved – you won’t be asked to speak or get your own spotlight – and it’s all a right laugh. A Midsummer Night’s Dream has got to be at the top of your theatre check list for summer 2019. It already seems to be as popular as the Julius Caesar production which was the company’s first time playing with the immersive format.
Until 31 August, tickets from £15-£69.50
3 Potters Fields Park, London SE1 2SG

Kiss My Genders is an enormous group exhibition at the Hayward Gallery celebrating more than 30 international artists whose work explores and engages with gender identity. Spanning the past 50 years, the highly acclaimed exhibition brings together over 100 artworks by artists from around the world who employ a wide range of approaches to articulate and engage with gender fluidity, as well as with non-binary, trans and intersex identities. It highlights not only how far we have come but also the many other fights that still need to be fought. Here, the art world fights back against bigotry.
Until 8 September, tickets £15.50
The Hayward Gallery, 337-338 Belvedere Road SE1 8XX

This August, Tobacco Dock will see the London Craft Beer Festival return for its seventh year. A bolstered line-up of 80 breweries from across the UK and around the rest of the world will descend on Wapping for the three-day festival and, with close to 500 different beers on tap over the weekend, 2019’s festival is set to be the UK’s largest celebration of modern beer to date.
9-11 August
Tobacco Dock, Wapping Lane E1W 2SF

Olafur Eliasson has returned to the Tate Modern this year with a new exhibition full of his own enormous installations. They are made to help viewers become more aware of their own senses, the people around them, and the world in which we all live. Some artworks introduce natural phenomena such as rainbows to the gallery space. Others use reflections and shadows to play with the way we perceive and interact with the world. Many works result from the artist’s research into complex geometry, motion patterns, and his interest in colour theory. All but one of the works have never been seen in the UK before. Discover what an artist’s perspective can bring to issues of climate change, energy, migration as well as architecture. And once every other week you’ll be able to communicate with people from Eliasson’s 100-strong team in his Berlin studio via a live link.
Until 5 January, tickets £18
Tate Modern SE1 9TG

Every Friday in August, Barbican Cinema will be presenting a season of concerts on film, offering the joy of the festival experience from the comfort of a cinema seat. Screenings include Woodstock, Fela Kuti: Midsummer Concert, Home of the Brave and Monterey Pop.
2-30 August, tickets £12
Barbican Cinema 3, Silk Street EC2Y 8DS

Following two sell-out seasons at Regent’s Park Open Air Theatre, Tim Rice and Andrew Lloyd Webber’s musical returns to London for a limited season. Originally written as a rock opera album, Jesus Christ Superstar made its explosive debut on the Broadway stage in 1971. The show transferred to the West End the following year where it ran for eight years and went on to become one of the most enduring musicals of its time. Its rock musicians, contemporary design and thrilling choreography make this energetic and emotionally charged production unforgettable.
Until 24 August, tickets £15-£62.50
Barbican Theatre, Silk Street EC2Y 8DS

FILM / Heat of the Moment: Turning Points on Film

The boiling heat of summer is a catalyst for personal, political and social change in this selection of films, screening every Thursday in August. The programme includes Spike Lee’s Do The Right Thing, Stonewall, Le Bonheur, I Knew Her Well and La Ciénaga.
1-29 August, tickets £12
Barbican Cinema 3, Silk Street EC2Y 8DS

NEW ROOFTOP / The Residence on the Roof

One of the most unique rooftop bars has just opened in the Square Mile. The Four Seasons Hotel at Ten Trinity Square has transformed one of its private residences (think uber luxurious serviced apartments) into a bar overlooking the river and surrounding landmarks. Walk in past the sectioned off living room, grab your drinks in the apartment’s kitchen and make your way out onto the enormous terrace. It’s like you’re at a glamourous private party. Nothing like this exists in London – check it out!
Four Seasons at Ten Trinity Square EC3N 4AJ

Wilton’s Music Hall will be transformed into a vintage paradise, brimming with an eclectic mix of vintage fashion and accessories for both men and women. Mid-century retro homeware, posters, collectables and other curiosities will also be selling throughout the day. But it’s not all about the stalls here. They’ve also got live music playing throughout the event while a cocktail bar is on hand to help with your impulse buying.
25 July, 4.30pm-9.30pm, tickets £3
Wilton’s Music Hall, 1 Graces Alley E1 8JB

The City of London Community Energy team is hosting a workshop for kids at the Artizan Street Library. They will learn how to make a portable solar panel phone charger while finding out important information about sustainable energy in general. Plus there’s pizza for lunch!
30 July, 10am-5pm, free for City of London residents between the ages of 11 and 16
Artizan Street Library E1 7AF

Through July and into August, Gunpowder Tower Bridge will launch their series of unique Sunday collaborative feasts. Once a month over some super leisurely Sunday lunches, founder Harneet Baweja and chef Nirmal Save will get together with chefs from London and Paris to serve one-off collaborative menus and share their love of food with friends. Things kick off on 28 July when ROKA comes in to blend their Japanese style of cooking with Gunpowder’s Indian flavours. Check out their site for each other event in the series of eating experiences.
4 Duchess Walk SE1 2SD

The artist who created Trafalgar Square’s current fourth plinth artwork has got one mightily impressive show at the Whitechapel Gallery. The American-Iraqi artist Michael Rakowitz is a sculptor, detective and chef who takes inspiration from historic buildings and artefacts to create enthralling environments meant to be explored by people from all backgrounds.
Until 25 August, tickets £12.95
Whitechapel Gallery, 77-82 Whitechapel High Street E1 7QX

FITNESS / Yoga in the Yard

Find your happy place in Guildhall Yard with a totally free therapeutic yoga session under the sun. Instructors from Another Space will lead you through your asanas while you connect with the outdoors, all to the soundtrack of the City waking up or heading home for the day.
30 July, 8.15am-9am, free
Guildhall Yard EC2A 5AE

INSTALLATIONS / Sculpture in the City

Wander the City’s public spaces and discover world-class public art across an iconic urban landscape. Sculpture in the City, an annual urban sculpture exhibition, returns for its ninth edition with contemporary works from internationally renowned and emerging artists. Pick up a free map from the City Information Centre outside St Paul’s Cathedral.
Ongoing, free to view at any time
Various locations around the Square Mile 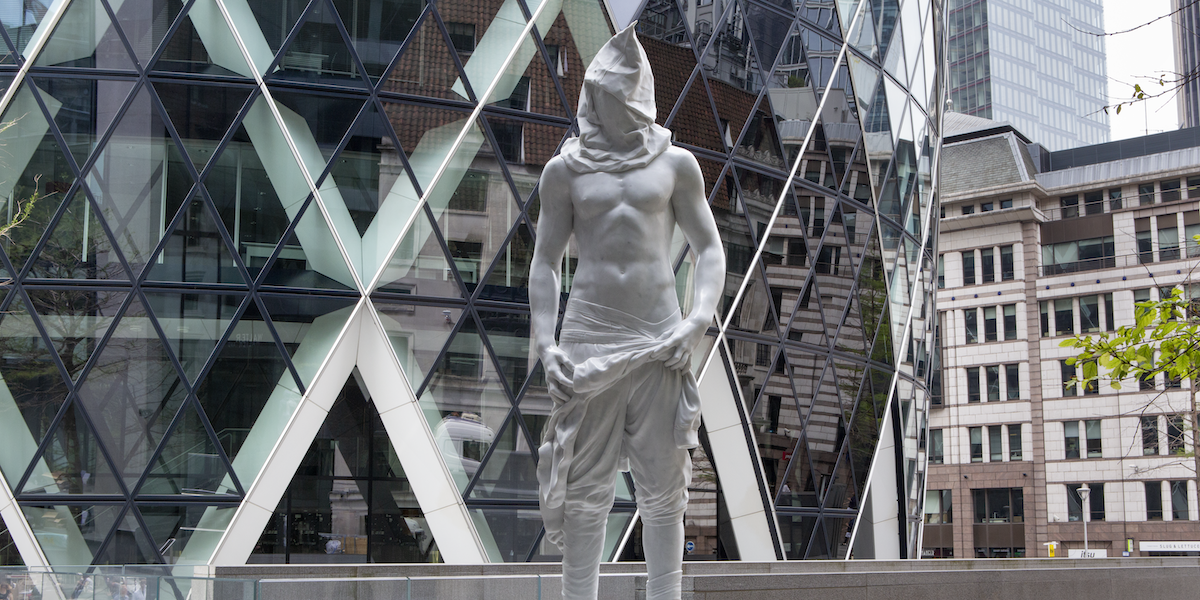 Revel in the vibrant cultural traditions of Mexico during this two-day fiesta. Savour typical street food and try your hand at dancing. In the evening Guildhall Yard will come to life with the sounds of Mariachi, before some entertaining wrestling matches featuring mythical characters from Mexico’s ancient past.
26 & 27 July, from 12noon, free
Guildhall Yard EC2A 5AE

XOYO is bringing back their incredibly popular live, immersive, audio/visual experience of Beyonce’s seminal album, Lemonade. Exploring new boundaries for Re:imagine, they are collaborating with some of London’s most talented creatives to re-interpret her visual album in full; including immersive projection art, exceptional live musicians and some of the most forward-thinking production London has to offer.
1 August, 7pm-10pm, tickets £17
XOYO, 32-37 Cowper Street EC2A 4AP

In the famous books by JK Rowling, Harry Potter’s birthday is on 31 July. This year, mark ‘Harry Potter Day’ at Leadenhall Market – also known as Diagon Alley in the famous film series. Take part in a potion-making workshop and keep a look out for some familiar faces.
31 July, free
Leadenhall Market, Gracechurch Street EC3V 1LT

A new public realm piazza has opened in the City of London, right in time for summer. Principal Place, located on the cusp of Shoreditch and the Square Mile, has a whole array of food stalls set up alongside some fun astroturf furniture for lots of lounging in the sun. Local residents and workers assemble!
Until 9 August
Principal Place EC2A 2BA