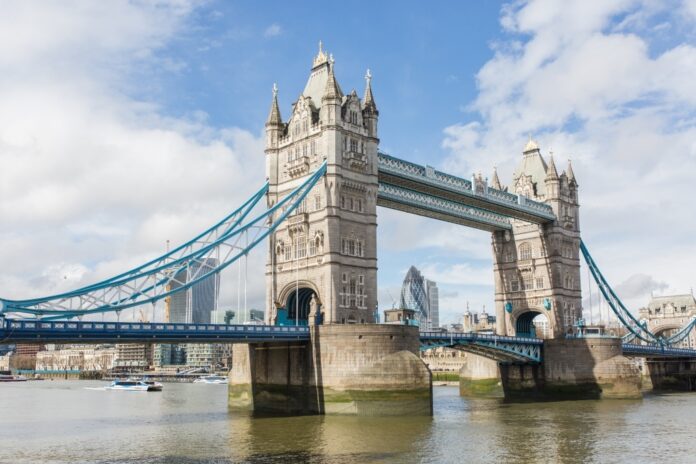 When visiting the City, you can’t miss Tower Bridge – the Grade I-listed combined bascule and suspension bridge is one of London’s most recognisable landmarks, as well as an important crossing and tourist destination.

To find out more about Tower Bridge and the man behind its smooth running, we sat down with Director and modern-day Bridgemaster, Chris Earlie.

Hi Chris. Can you please give us a brief history of Tower Bridge?

London’s famous blue river crossing was the winning design of City Architect Sir Horace Jones and civil engineer Sir John Wolfe Barry, having been selected from over 50 designs submitted to the judging ‘Subway Committee’ for consideration.

It took eight years and the work of 432 construction workers toiling each day to construct the Bridge, which consisted of two vast piers built on foundations sunk into the riverbed to support its construction and over 11,000 tons of steel went into building the framework. This framework was then clad in Cornish Granite and Portland Stone, giving the Bridge it’s famous neo-gothic appearance.

When it was opened in 1894, Tower Bridge was the largest bascule bridge ever completed, all powered back then by hydraulics using steam to power the huge pumping engines used to power a Bridge lift. Today, we’re still powered by hydraulic power driven by electricity rather than steam – but you can still see the beautiful Victorian engineering on display in the Engine Rooms.

Talk us through your role. What does it take to be a modern-day ‘Bridge Master’?

Essentially, I continue in the footsteps of my predecessors by keeping Tower Bridge operating and running smoothly. However, these days, not only does that include the management of our popular visitor attraction, but it also involves overseeing the teams responsible for our learning provision, cultural activities, event spaces for hire and the Bridge as a filming location.

What does Tower Bridge mean to the City and greater London? Why is it such an emblem and what does it represent?

We are London’s defining landmark – I can’t think of a more universally recognisable symbol of London and the UK than our very own Tower Bridge. Having stood as a landmark across the Thames for well over a century – and as a feat of Victorian engineering in itself – I think the Bridge has really come to represent the resilience and vibrancy of this extraordinary city.

How has the bridge’s importance changed over the years?

I think that it has become such an integral part of the London ‘landscape’ – the Bridge has become a defining symbol of the capital to people across the world.

How many people does the bridge tend to attract each year?
Since opening our permanent exhibition inside the Bridge back in 1982, visitor numbers have grown year on year, with approximately 850,000 visiting back in 2019 – which was the Bridge’s 125th birthday since the iconic river crossing opened back in 1894.

How does Tower Bridge work with and support local residents and communities?

Tower Bridge is supported and managed by a 900-year-old charity called Bridge House Estates (BHE), which also manages four of London’s other ‘city’ bridges. Monies surplus to that needed by the bridges is distributed via BHE’s funding team, known as the City Bridge Trust, to the most marginalised communities in London. As we proudly generate over £6m a year at Tower Bridge, we are part of that great effort, which currently distributes over £28m per year, helping charitable causes across the Capital.

In addition to that, as part of our ongoing commitment to our local community, locals can visit the Bridge for just £1 by purchasing the Community Ticket for residents of Southwark, Tower Hamlets and the City of London.

Aside from daily visitors, what sort of events and other activities does the venue host?

We very much remain a working bridge. From paddle steamers to pleasure cruises and even royal yachts, we open for around 800 vessels that pass through the Bascules each year.

Throughout the year we run a jam-packed series of activities for families and history enthusiasts alike – from our popular Behind the Scenes tours that take visitors into its hidden depths normally out of bounds to the public and themed Family Learning Activities each month, there’s something to keep all ages and interests entertained.

We also host exhibitions in our Engine Rooms space, and most recently hosted resident urban landscape artist Melissa Scott-Miller who created a series of works inspired by the panoramic views on offer from the high-level Walkways over the summer. With the finished work being sold via auction later this year to raise money for a charity that benefits our local community.

Not only that, but we’re one of London’s only major dog-friendly attraction – so we welcome visitors two-legged and four-legged alike. 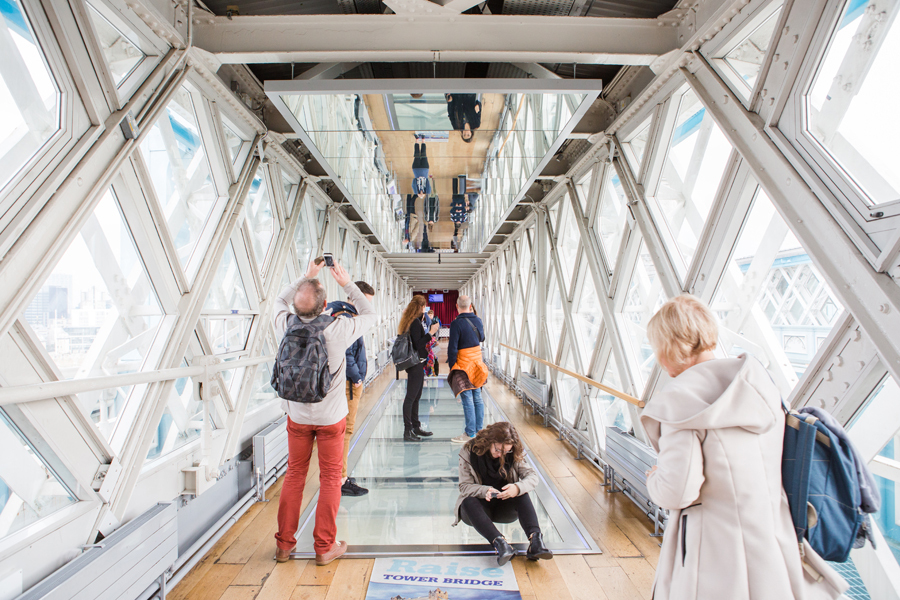 How did the tourist attraction navigate the pandemic?

Of course, the pandemic was an incredibly difficult time for all visitor attractions, and the Bridge was no exception. It became a time of reflection and replanning, engaging initially with our local communities and Londoners as a visitor base and before travel restrictions were relaxed, balancing safety with a warm welcome and providing a place for families and friends to reconnect after such a difficult time. This approach seems to have worked well and the Bridge has experienced excellent recovery as a business over the last while.

Are you seeing less visitors as the cost-of-living crises affects people’s disposable income?

While it is too early to say if we are seeing less visitors due to the cost-of-living crisis, there is certainly a natural fall off in domestic visitors due to schools returning. However, our free family activities and Ask and Expert Sessions in the Victorian Engine Rooms are included with the price of entry and we strive to offer our visitors great value for money activities throughout the year. 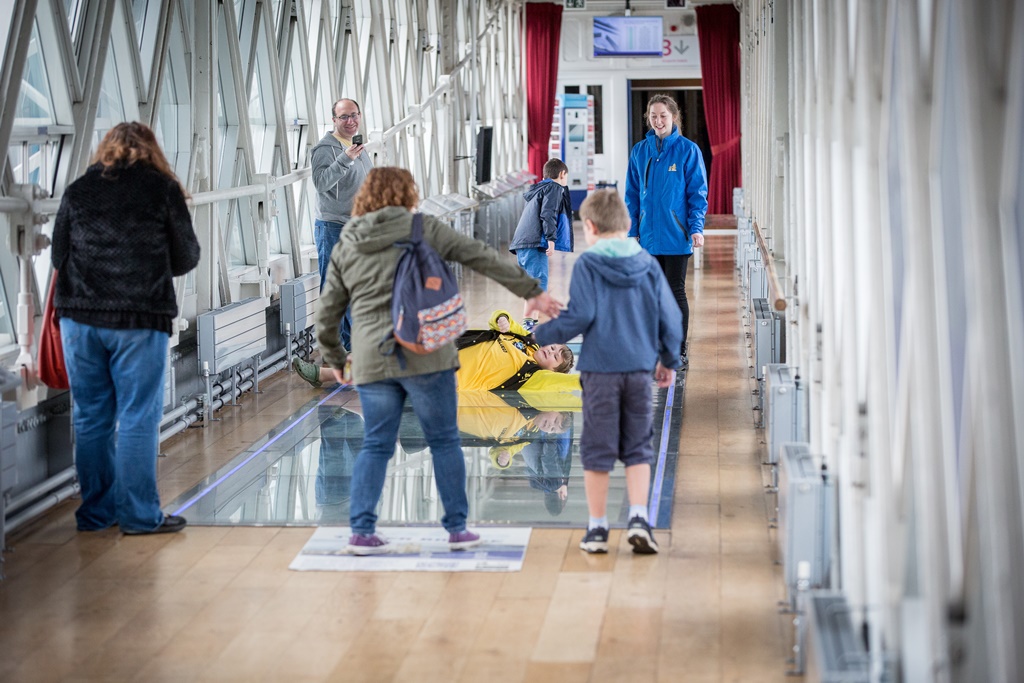 What does the future hold for Tower Bridge?

It is an exciting time for the Bridge, and for our charitable owner, Bridge House Estates, and as such we are looking at ways of benefitting London’s communities to a greater extent through the work done here and elsewhere in years to come.

There is already a lot going on at the Bridge which engages directly with Londoners and we are looking forward to building on this in the future, through the ways in which we tell the stories of Londoners (historic and modern) and in the visitor offer and direct engagement too.

A lovely starting point has been discovering the personal connections and histories which many visitors have to the Bridge itself, now and in previous generations – and telling these stories to the world. 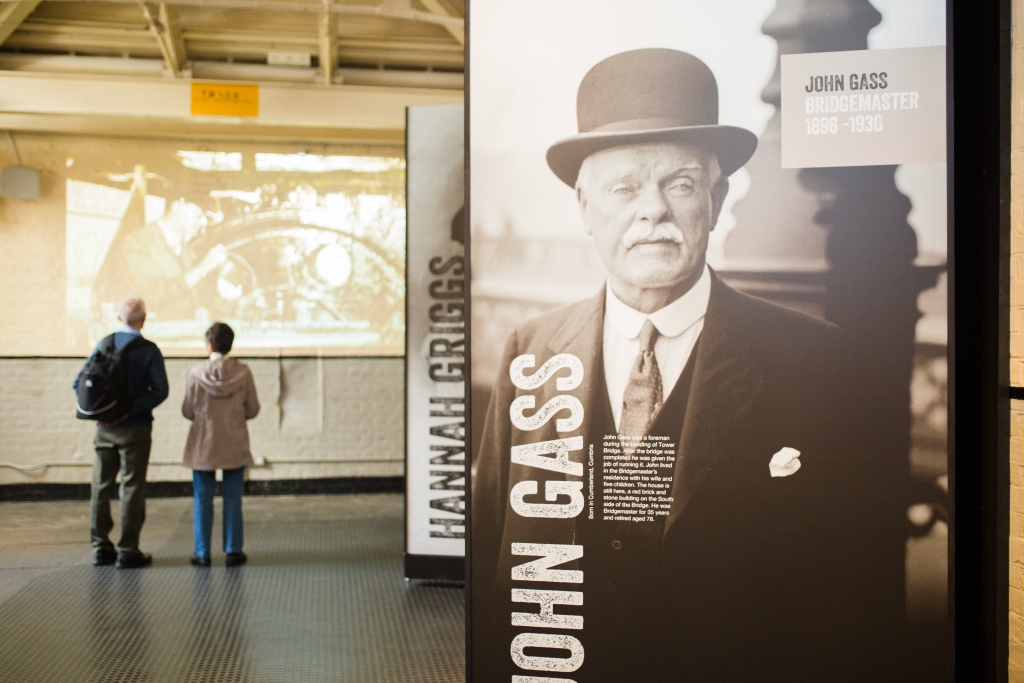