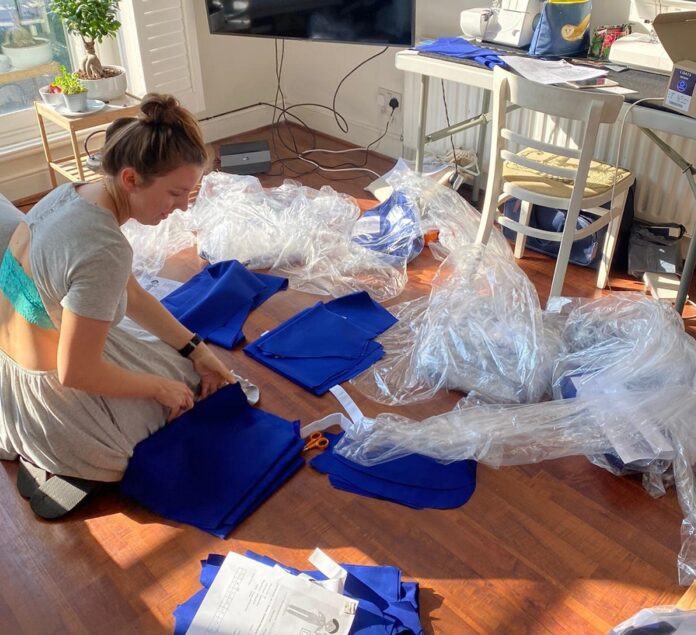 Armies of volunteers have been stitching new sets of scrubs and donating them to NHS staff because of a supply shortage in hospitals.

Dozens of ‘scrub hubs’ have sprouted across the country, each with cutters and sewers all working from home to transform acres of green, red and blue material into uniforms.

The hubs started forming in early April, as it emerged that hospitals were facing a shortage of scrubs, brought on by efforts to tackle the coronavirus pandemic.

Salvador Avila, 30, has been coordinating one scrub hub from his home in Highbury, North London.

“We’ve had orders from more than 200 doctors and other NHS workers who have got in touch individually,” said Mr Avila, usually a theatre technician for productions including Secret Cinema and Be More Chill.

“Our hub has already made over 400 scrubs, and in different sizes for men and women.”

The North London Scrub Hub was founded by Sarah Pearce, 33, who previously produced costumes for the cast of Downton Abbey.

Based in Kentish Town, she said: “It started when I offered to make some just for my local GP surgery. Then they ordered 60 sets.”

Their hub has grown into a team of 50 regular volunteers, including just one cutter, Russell Philip Peek, who owns textiles business Offcut Studios. 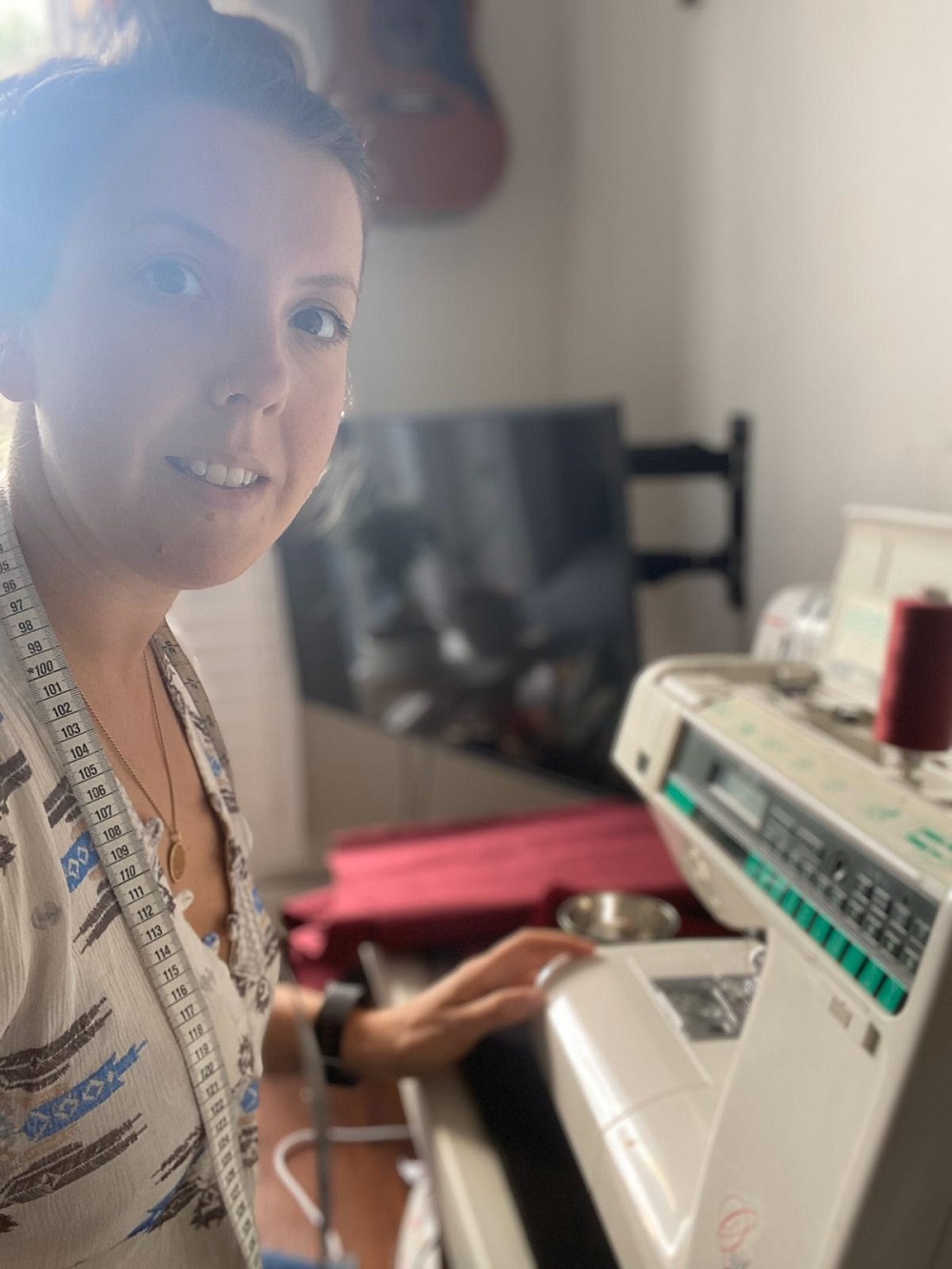 “Russell does all of the cutting with an electric rotary cutter that allows him to do enough for 50 scrubs in a day,” said Ms Pearce.

“Then we send out batches of the cut material out to our sewers.

“The idea is that the person who sews the scrubs then delivers them to whoever made the order, so we allocate everything by location.”

Mr Savila explained how the pandemic has caused higher demand for scrubs. “We have heard that there was suddenly more demand for scrubs because an order was made that all hospital staff, including admin staff, needed to start wearing them.

“It’s so that staff can take them off at the end of their shift, leave them at work, and not wear them home or on public transport and risk carrying the infection.”

Ms Pearce and Mr Savila have been bombarded with offers from volunteers.

“We had to close to volunteers because we were getting 30 people message us every day,” Mr Avila said. “I’m spending more of my time talking to volunteers rather than focusing on the scrubs. So we’re only accepting people who have some proper experience in making clothes.

“Everyone wants to help, everyone has been lovely and trying to do what they can. We also have volunteers who can’t sew but have helped us with social media.”

And Mr Avila said the feedback has been excellent. “We had a message from one doctor who said ‘I’m the envy of everyone at work because of my lovely, they’re much better than normal’.” 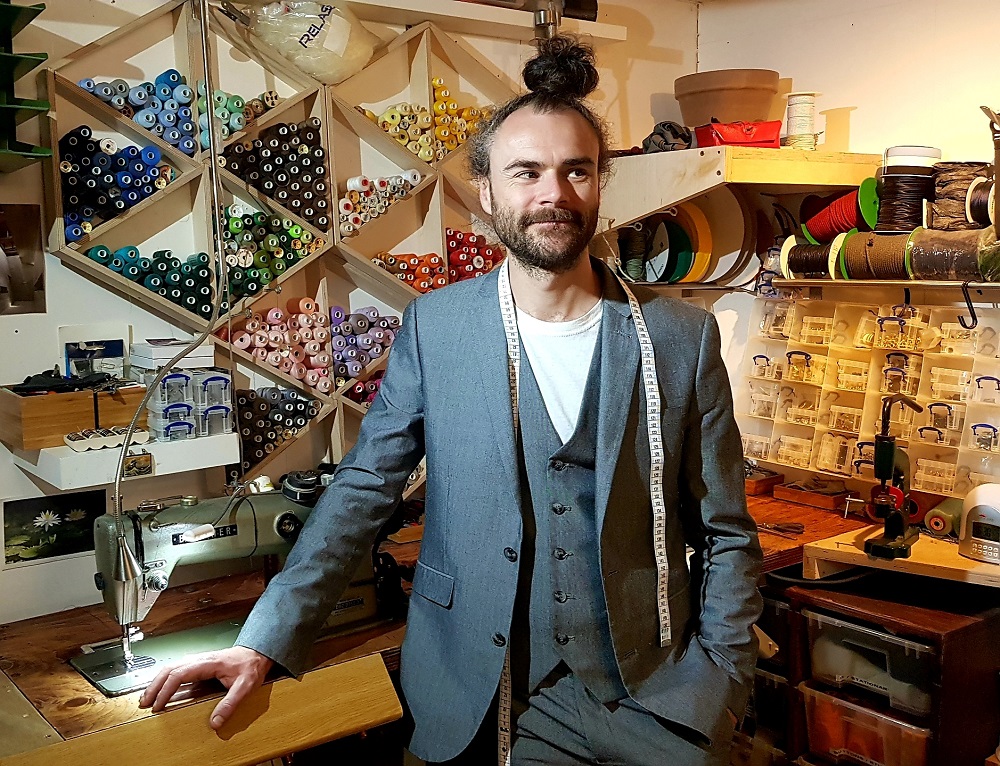 In addition to the high volume of orders from NHS staff, the scrub hub has also been sending bulk orders to established companies whose usual supply chains have run low.

Mr Savila added: “Obviously what we’re doing can’t last forever, we’re just filling a gap until factories can scale up their production. That’s starting to happen, which is good.”

There are dozens of scrub hubs around the country. The first was started in Hackney by a woman who was approached for help from a doctor, Mr Avila said.

They are also appealing for donations to pay for the colourful fabrics, and are raising money online via a GoFundMe page.

To make a donation visit gofundme.com/f/frontline-nhs-staff-need-scrubs-now

To find your nearest scrub hub in London visit scrubhub.org.uk/allhubs/