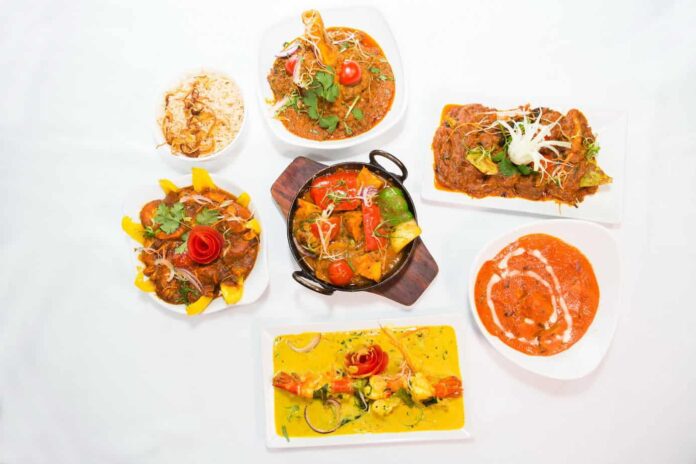 MORE than 200 years have past since the Hindoostane Coffee House opened in Marylebone’s George Street and London got the hots for Indian food.

Since then, few food traditions have woven themselves into the British cultural fabric quite like a chicken tikka masala washed down with a nice cold pint.

From homely dahl dishes to Michelin-starred madras and fiery Chettinad curries guaranteed to get you sweaty, London’s spice route is hotter than ever, with new restaurants specialising in regional variations and fresh takes on traditional favourites.

But if you just want a bit of everything under one roof, head to a tiny hamlet off Chancery Lane where a subterranean restaurant has something to offer from just about every corner of the subcontinent.

Opening last autumn, India India took over from local stalwart Temple Bar, which had been keeping Crane Court in curries for more than a decade. Certainly it might have been easy for the newcomer to slide in and change very little, but the owners are clearly keen to carve their own place in the Capital’s spice market.

The simple decor of red, white and beige is pleasant enough if hardly inspiring, with a main dining room and mezzanine ready made for private dining parties. By contrast, the food bursts with distinctive flavours; a tour of India’s diverse specialities without leaving the EC postcode.

Starters range from smokey chunks of tandoor-grilled paneer to crispy onion bhaji and tangy tamarind-spiced king prawns, so skip the table debates and opt for a platter.

As for the main events; old favourites are well represented in the form of rogan josh, vindaloo and korma curries, as are the tandoori meats, a lighter option likely to do well with the working lunch crowd.

As it is a chilly winter evening and we’ve got nothing but time, we opt to shop from the chef’s specials; a carefully curated geographical smorgasbord offering a nod to almost every regional cuisine. Fiery chicken xacuti from the south packs a punch cooked with Kashmiri chillies and fragrant coconut, while a north Indian home-style gosht kata masala is light but melt-in-your-mouth with whole spices and tender meat.

Vegetarians are also well-catered for beyond your bog standard dahl, with creative combinations like paneer jalfrezi and mushroom bhaji likely to lure a couple of carnivores over to greener pastures.

We depart with full stomachs and the feeling that despite the current UK ‘curry crisis’ (staff shortages, rising costs and depleted appetites have sparked predictions that a third of Indian restaurants could close in the next 10 years) some traditions will never go out of style.