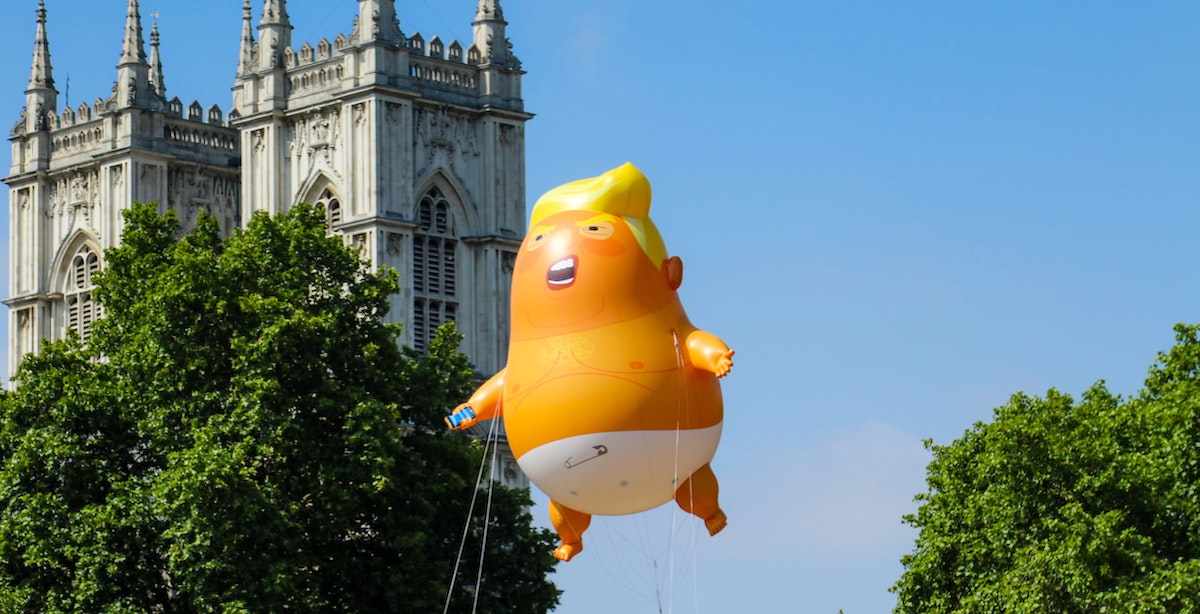 Back in 2019, the Museum of London announced their ambition to acquire the Trump Baby blimp, recognising its importance in the protests that happened in London in 2018.

Having toured the world the Trump Baby blimp is now heading to its final resting place, the Museum of London, where it will be conserved and potentially displayed in the museum’s future new home in West Smithfield in the coming years. Maybe Trump will be bale to check it out when he next chooses to visit London.

Sharon Ament, Museum of London Director, said: “London has always been an open, ever-evolving polyglot city. A haven for knowledge, tradition and controversy and over thousands of years we have played host to many a historic protest. From the Suffragettes of the early twentieth century to the anti-austerity marches, free speech and Black Lives Matter most recently – the capital has always been the place to have your say.

NOW READ: The Barbican Centre transforms its offerings for 2021

“By collecting the baby blimp we can mark the wave of feeling that washed over the city that day and capture a particular moment of resistance – a feeling still relevant today as we live through these exceptionally challenging times – that ultimately shows Londoners banding together in the face of extreme adversity.”

The Trump Baby team said: “While we’re pleased that the Trump Baby can now be consigned to history along with the man himself, we’re under no illusions that this is the end of the story. We hope the baby’s place in the museum will stand as a reminder of when London stood against Trump – but will prompt those who see it to examine how they can continue the fight against the politics of hate.

“Most of all we hope the Trump Baby serves as a reminder of the politics of resistance that took place during Trump’s time in office. This large inflatable was just a tiny part of a global movement – a movement that was led by the marginalised people whose Trump’s politics most endangered – and whose role in this moment should never be underestimated.”

The balloon will join the Museum of London’s protest collection which comprises objects relating to the Suffrage movement 100 years ago, banners, flags, and tents that belonged to Brian Haw who used to actively protest outside the Houses of Parliament, as well as recent placards used by protestors against public spending cuts.