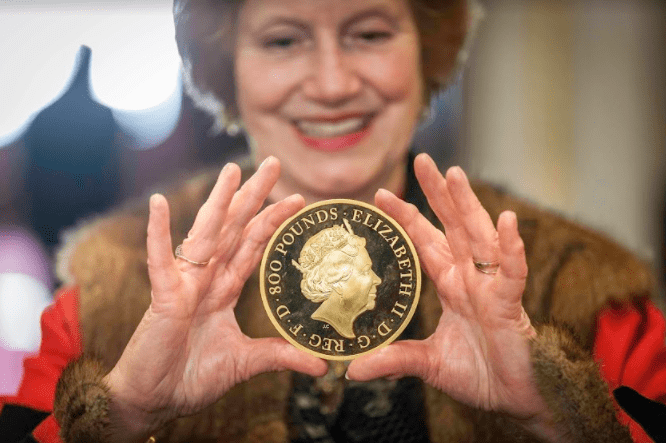 We might be moving towards an increasingly cashless society but the 800-year-old quality assurance test of Britain’s coins is still going strong.

The Trial of Pyx got underway at Goldsmiths Hall on Tuesday; an annual tradition dating back to the 13th century that puts the coins produced by the Royal Mint under the microscope.

Sixteen freemen and liverymen from the Worshipful Company of Goldsmiths were sworn in as jurors to conduct the examination of the 25,000 coins produced by the mint in 2017, ensuring they adhere to government benchmarks.

During the Trial, a sample of the coins are “assayed” or tested for imperfections and impurities in the metals used to make them, to confirm their value.

Among those examined will be commemorative coins celebrating the works of English novelist Jane Austen and intellectual giant and former Master of the Mint Sir Isaac Newton and 30oz gold coin marking the 30th anniversary of the Britannia coin.

The jury will deliver its verdict for the Queen’s Remembrancer, senior master Barbara Fontaine at a ceremony on 27 April.