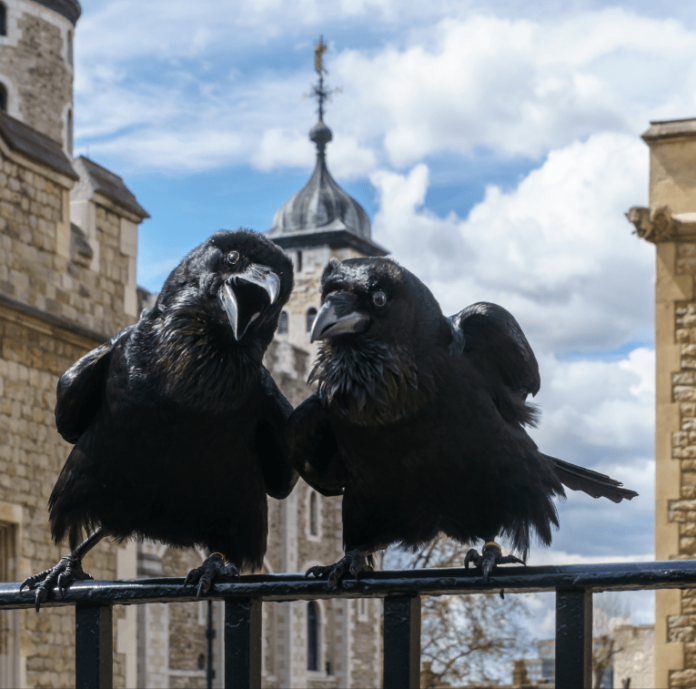 The Tower of London has introduced its newest raven to the public; a six-week-old female named Poppy.

The Tower’s Ravenmaster Chris Skaife made the announcement in a video posted on Twitter this week, in which he said he was “absolutely delighted” with the new addition.

“We are calling her Poppy as this year marks the centenary of World War I,” he said.

Meet Poppy, our new baby raven! She is just six weeks old and is getting to know the Tower and her new raven friends. Make sure you say hello to her on your visit! 👋 @ravenmaster1 https://t.co/mxK6HBMnXd pic.twitter.com/A4Ay5ldSlZ

“She has been with me for a couple of weeks at home so I’ve been feeding her and making sure that she’s getting used to coming into the Tower of London.

“Over the next few weeks we will introduce her to her other raven friends.”

Poppy’s arrival comes after the death of the Tower’s longest-serving raven Munin (pictured above, right), who died on 22 March at the age of 22 after a short illness.

Ravens have resided in the Tower of London in an official capacity ever since 1630, when Charles II decreed there must always be at least six ravens there to ensure Britain’s safety. The position of Ravenmaster was introduced in the 1960s to lead a team of carers that look after the birds by feeding them fresh meat from Smithfield market keep their flight feathers regularly trimmed.

“Legend tells us that should the ravens leave the Tower of London, it will crumble to dust and a great harm will befall our kingdom,” Chris says.

“Do we have six ravens here to this day? No, we have seven! I have a spare one!”