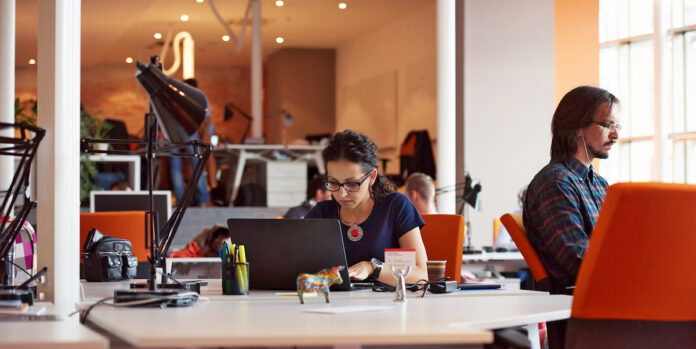 There is welcome emphasis on creating businesses that ‘give back’ and are more socially aware. There needs to be as much focus on hidden gender bias.

The first stage is to accept that it exists, still, usually unintentionally and despite well-intended policies and pledges from City leaders.

The problem is just too woven into the fabric of the systems and social norms to be easily uprooted. And it remains part of the three experiences for women trying to reach senior positions: self-sabotage, gender conditioning, and unconscious bias.

The argument for equal opportunity and reward is not just to assert a moral right but a practical one. Research shows clear links between inclusivity and innovation.

Typically, the more diverse an organisation, the more innovative it tends to be in terms of improving the quality of its inputs and outputs.

I have noticed as the only female among 20 partners leading a firm some 200-strong that my brain is quite simply wired differently. I used to find this unsettling and tried to second guess and filter myself, until I realised that my perspective was valuable precisely because it was different to the others.

I challenged myself to ‘just say it’ for a week, and in doing so ended up changing the strategic direction of our business. It also showed me that my most valuable contribution came from being my authentic self, not a ‘self’ that tried to guess what was wanted in order to fit in.

He gave half his class a case study on Heidi Roizen, a successful Silicon Valley venture capitalist, and half the same study, but with ‘Heidi’ changed to ‘Howard’. Curiously, the male and female students found Heidi selfish, more power-hungry and self-promoting than Howard.

The lesson from this, is that we – including females – often expect women to be gentle and more family-orientated; and recoil when characteristics associated with men are evident. This creates a ‘likeability’ penalty for ambitious, driven women, which also holds them back.

The language used to describe performance is another obstacle. More often than their male counterparts, women are assessed (by both genders) by reference to personality rather than professional qualities.

For example, they will be marked as ‘aggressive’ or ‘pushy’ where a man is characterised as ‘assertive’ and ‘ambitious’. It is easy to predict how an ‘aggressive’ female will fare alongside an ‘ambitious’ male for the same promotion.

Generally, I’ve experienced that women will doubt their abilities in a way men don’t, and tend to self-sabotage.

In interviews, women are candid to a fault about any gaps in a skill set, where men will tend to assume they’ll pick things up quickly, and gloss over it. So women will generally come across less assertive and confident, despite similar skillset and capability. Simply recognising how individuals present themselves differently is valuable in correcting bias.

Sometimes there is misdirected over-protection, too. I have seen women held back because they “don’t like sales, do you?” or excluded from meetings because “the client likes a bit of banter”.

Comfort zones were made for pushing, and I’ve seen some truly amazing and sometimes unexpected results when they are. We have all come a long way, but there is still further to go to unpick the deeply ingrained gender issues from society.

The City, as a national and world leader in business, can do more to challenge and think about gender bias. We have an incredible opportunity to change things for the better, and reap the social and commercial rewards that true parity and inclusion brings.