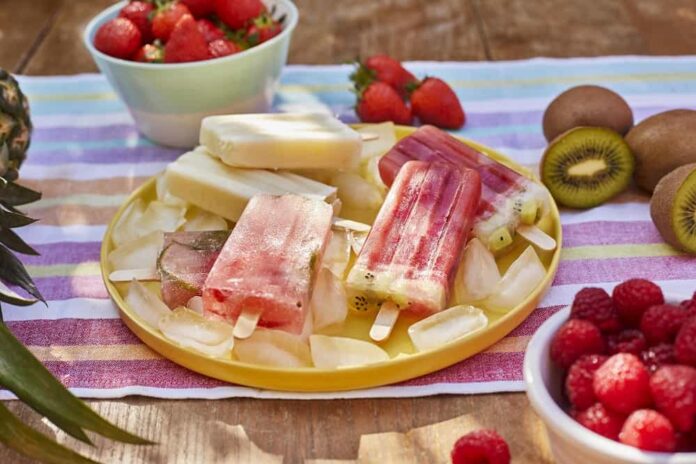 While we’re staying in and the sun is shining, there’s no better way to appreciate the weather than with a fruity, refreshing ice lolly ‘PopTail’ – and making your own couldn’t be easier.

The recipe development team at food box company Gousto have created three cocktail (or mocktail) inspired ice lolly recipes, perfect for the scorching weekend ahead. These hand-held treats are cool and refreshing on a hot day.

We’ve asked senior recipe developer Jordan Moore (the brains behind the recipes) to give us his top tips for the perfect ice lolly, so you don’t end up with a fruity slush when you pull them out of the freezer. 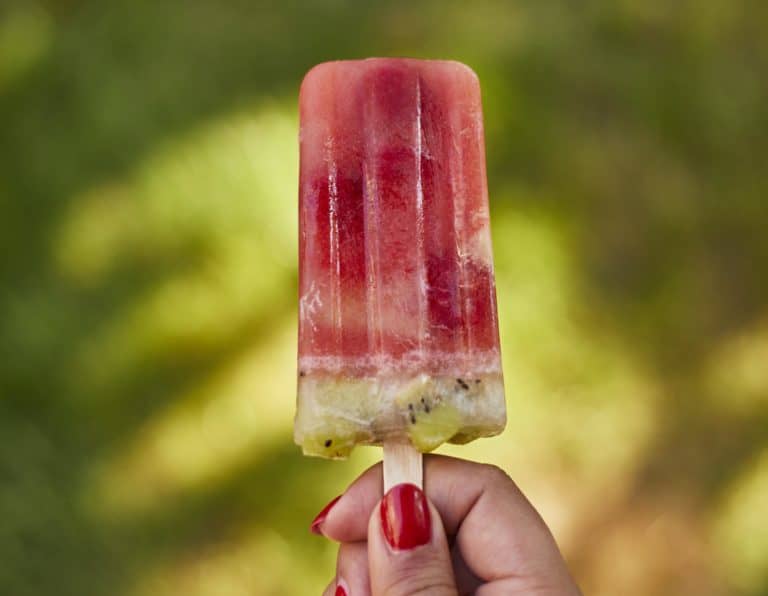 If you want to encourage (read: trick) your kids into eating more fruit, these fruity ice lollies are the ones for you. Watermelon (as the name would suggest) is around 92% water, so it’s no wonder these lollies are so refreshing and the raspberry and kiwi add a tartness to these little slices of cool

Ingredients (makes 4-6 depending on size of moulds)

Jordan says: Watermelon is a great fruit to include in ice lollies as it’s mainly water so freezes quickly and evenly. If you want to get a layered effect to your lolly, pop the watermelon layer in the freezer for around 45 mins to firm up, then carefully add your blended kiwi before placing back in the freezer to firm up. 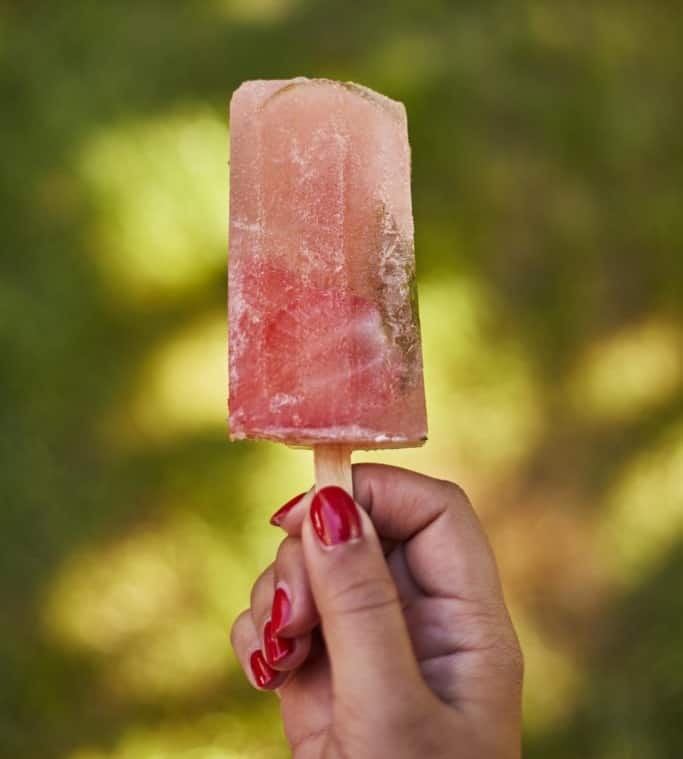 Let’s face it, ice lollies aren’t just for kids. These G&T inspired lollies have a dash of something a little stronger, perfect after a long week. This sharp and tangy lolly has the taste of G&T and also has the sweetness of strawberry, the tartness of lime and herby notes from the basil.

Ingredients (makes around 4, depending on size of moulds)

Jordan says: If you add a dash of something boozy to your lollies, keep in mind that too much will stop the lollies from freezing solid, resulting in a slush (not necessarily a bad thing, but not what we’re aiming for here).

Alcohol has a higher freezing point than fruit juice so always err on the side of caution when pouring your shot(s) of gin for these lollies. 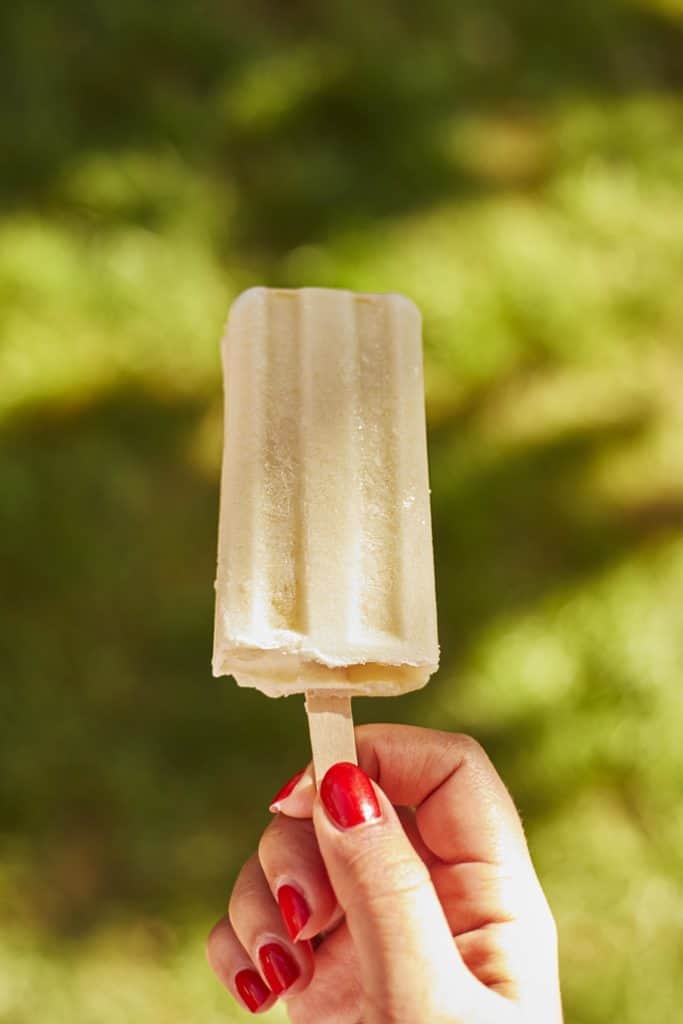 After all this is over, we’re looking forward to sun, sea, and piña coladas. In the meantime, whip up your own vacation inspired lollies, featuring pineapple, coconut rum and coconut milk, to make the perfect vegan treat.

Ingredients (makes around 8 depending on size of moulds)

Jordan says: Depending on the ingredients you use in your lollies, they can take between 6-8 hours to freeze. Why not level up these vegan lollies before serving? De-moulding and dipping them into melted dark chocolate and sprinkling with toasted flaked coconut for the ultimate weekend indulgence.

DIY Lollies, Using What You Already Have in the House

From shot glasses to chopsticks, we asked Jordan for his alternative DIY ice lolly suggestions, using things you may already have in your kitchen cupboards.

A great way to reuse plastic yoghurt pots is to wash them out to be used as ice lolly moulds, or use a muffin tin or ice lolly tray. Simply pour your mixture into the trays, add a stick and freeze as you would normally.

Continuing the boozy theme, you might want to pour your unfrozen lolly mixture into shot glasses before you freeze.

You could even freeze the whole lot in a loaf tin, add sticks and slice into individual lollies.

Try using a teaspoon, paper straw, metal straw or even an old chopstick you have lying around (just be sure to supervise little ones if there are any sharp points or edges).

Cut a small slit in the bottom of an upturned paper cupcake case to catch any drips from your melting lolly.

Can’t finish all of your lollies? Don’t throw them away!

Homemade lollies are best eaten as soon as they are frozen, but you can wrap them in baking parchment and freeze in a ziplock bag (this will help avoid freezer burn).