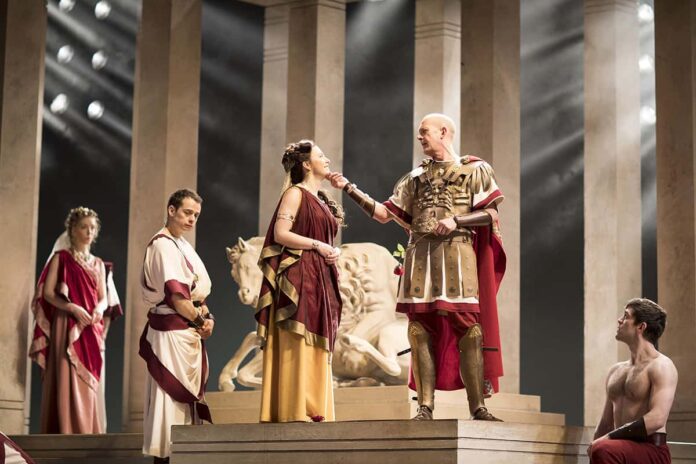 Perhaps it was the political climate, or maybe just footwear fashions, but when it came to arts and culture in the Square Mile this summer, all roads led to Rome.

Guildhall Yard returned to its bloody roots as the site of London’s Roman Amphitheatre, hosting the Gladiator Games over the August bank holiday weekend, while Blood Rite brought together dance, music and digital animation in a one-of-a-kind outdoor show demonstrating the influence of Romans on contemporary culture.

Then, just last week, Bloomberg unveiled the London Mithraeum, the Roman Temple of Mithras reconstructed as a new cultural destination on the site of its original discovery at the foot of the firm’s new headquarters on Walbrook.

All this in an effort to reveal the hidden history of Roman London and bring it to life for a 21st-century audience. So it seemed only right when the Royal Shakespeare Company brought its Rome MMXVII season of four plays to the Barbican that things be historically accurate.

RSC’s performances of Julius Caesar, Antony & Cleopatra, Titus Andronicus and Coriolanus brought the excess of the Empire to Stratford-upon-Avon this summer, and now it is the City that is in line to feel the force of the Romans.

Angus Jackson, who directed Coriolanus to kick things off and will follow with Julius Caesar from 24 November, says the decision was made to bring out the history of the themes and narratives in the plays.

“Beginning with Coriolanus – a semi fictional character from 500 BCE – through to Julius Caesar and Antony & Cleopatra, legendary characters who lived just before the birth of Christ. And finally, Titus Andronicus, in which we see an entirely imagined Rome at the end of its dominance.

“In this order we track the ascendance and the decline of a civilisation: the establishment of a Republic in the aftermath of the abolition of a monarchy, the Republic becoming an Empire, and ultimately destroying itself.”

It is, of course, an interesting time to be staging the rise and fall of an empire; explorations of power and of who wields it. 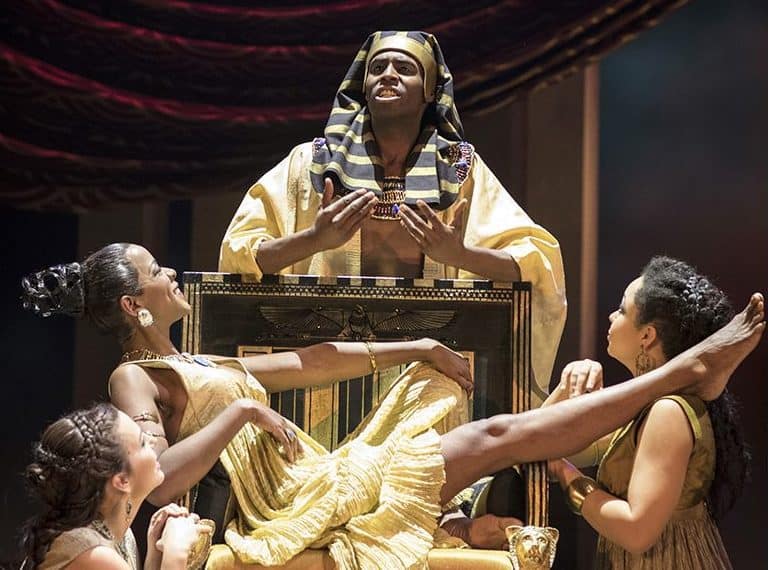 Already the staging of Coriolanus had critics drawing comparisons with the modern-day class divisions and the current political agenda – fearless soldier with no capacity for flattering others, a city deeply divided by rich and poor – it’s not exactly a stretch.

Now Julius Caesar will explore how the politics of spin and betrayal leads to violence; another historical throwback likely to yield some contemporary home truths.

Rome MMXVII is on at the Barbican from 22 November until 20 January.