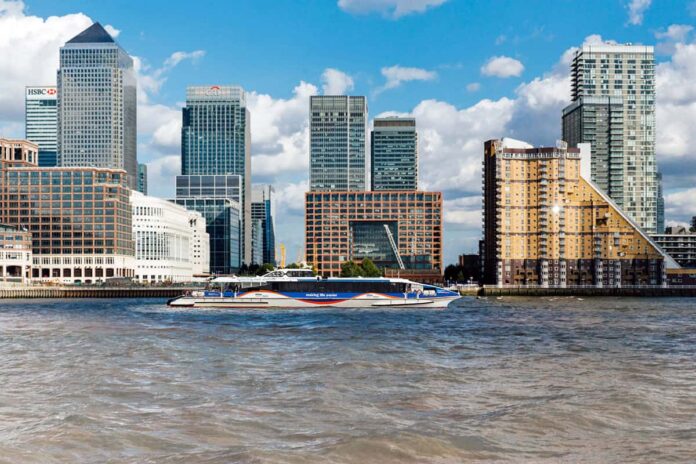 THE morning commute can be choppy at the best of times given the City’s ever-swelling population.

And when Crossrail opens up at full capacity at the end of next year, the daily influx of workers will no doubt cause those rare pockets of air on the rush-hour Tube to promptly disappear.

But instead of throwing yourself into the Thames, why not set sail on it and cut the twice daily jostle for breathing room on the Underground out of your life?

That’s the question being posed by MBNA Thames Clippers, who run the Thames river bus service and is urging City suits to leave the ‘landlubbers’ behind in 2018.

“Make your New Year’s resolution to try a new, scenic and stress-free commute… sit back, relax and enjoy the iconic views on the way into the office, with the river bus services running daily to London’s commercial hotspots every 20 minutes.”

With services from as far west as Putney directly to key locations such as Westminster, Waterloo, Blackfriars, Embankment, Canary Wharf and London Bridge, much of the City’s ‘commuter belt’ is covered, and MBNA promises no squabbles over seats.

There is even money to be saved; a weekly pass for the Central Zone (Battersea to Canary Wharf) is a shade more expensive than a Zone 1 & 2 Underground equivalent (£34.10) at £37.80, but season ticket holders can save up to 75% on fares with an annual ticket.