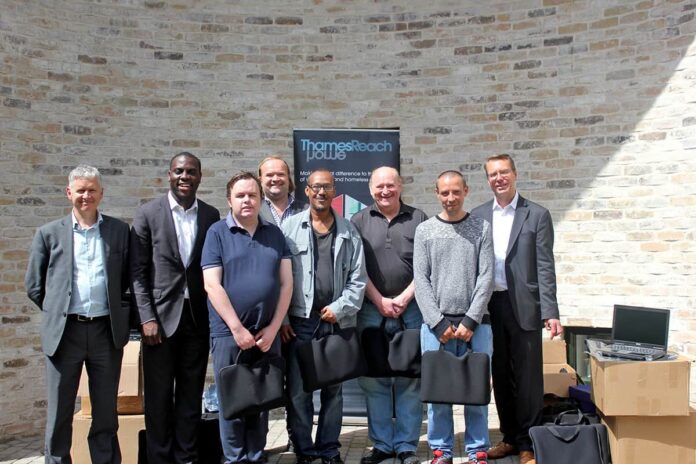 THE Square Mile’s bustling business community has been asked to donate its unwanted tech to help get struggling members of the community back on their feet.

Charity Thames Reach launched the call to arms after figures revealed that the number of people sleeping rough in London has doubled since 2010.

And with laptops and smartphones providing a much more convenient method of applying for jobs than paper-based applications, volunteers are urging the City’s suits to consider donating their outdated gear when they next upgrade. In a recent report from charity Shelter, it was estimated that the Square Mile has a homeless population of 125, with 75 of those currently sleeping rough out on the streets.

Thames Reach’s project has garnered the support of the Worshipful Company of Information Technologists, a livery that believes the scheme is a real opportunity to showcase the often understated humanitarian side of the world’s leading financial services centre.

“You can’t even get your benefits without being digitally enabled these days, so access to equipment is essential for the basics.”

Professionals can also donate no longer needed suits and business shoes, which aid prospective jobseekers in making a good impression during interviews.

Yussuf Omar, who was once homelessness but is now housed and learning about computers at IT sessions run at Thames Reach’s Employment Academy in Southwark, is one past recipient of a laptop. He attributes the gift as a major milestone in getting his life back on track.

Yussuf explained: “I have never had a computer before, so getting a laptop has been great for me, helping me with my personal development.”