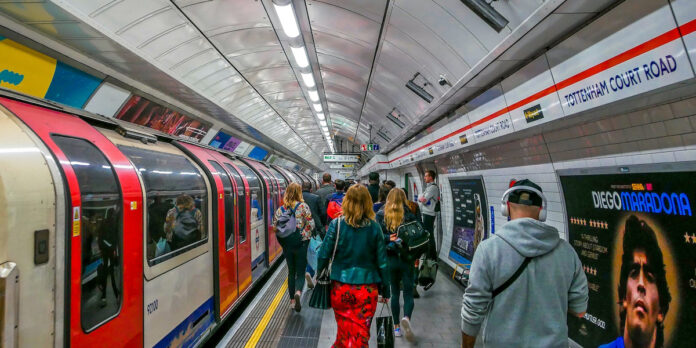 A Transport for London (TfL) boss has dismissed the dangers of air pollution on the Tube, saying he’d “happily live on the Underground 24 hours a day”.

Rikard Moen, head of occupational health at TfL, said commuters should not be concerned about a risk to their health.

Research by the transport body has found that while there are higher levels of dust on the Tube than above ground, its chemical makeup does not appear to be seriously harmful.

Speaking at a meeting of the London Assembly’s environment committee, Mr Moen said TfL was confident that its employees were not becoming ill as a result of working underground. And if TfL workers are not at risk, then commuters – who spend comparatively short periods on the network – should not be worried, according to Mr Moen.

He said: “From a health perspective, there is no imminent health risk, and there hasn’t been – but we are continuing to review that.

“Our evidence is solid and very reassuring. I’d happily live on the underground 24 hours a day: I would have no concern about that at all.”

Air pollution is measured by assessing the amount of particulate matter – tiny molecules of dust – found in the air. The smallest particles are potentially the most hazardous, because they penetrate deeper into the lungs when breathed in, and can pass into the blood stream. But while smaller particles have the potential to be more harmful, this is only a significant problem if the substances in the air are toxic.

Peter McNaught, director of asset operations at TfL, told the committee that unlike above ground, there is no evidence that most small particles on the Tube are carcinogenic.

The majority of particulate matter on the Tube is iron oxide from the rails and train wheels, which has not been shown to harm humans, he said. Dr Jenny Mindell, a professor at University College London’s department of public health, said that air on the Tube is not more dangerous than at street level, as many commuters believe.

She said: “It’s an urban myth that it’s worse, but that doesn’t mean we shouldn’t be trying to reduce both of them.

“Just because A is better or worse than B doesn’t mean that there might not be some harm from both.”