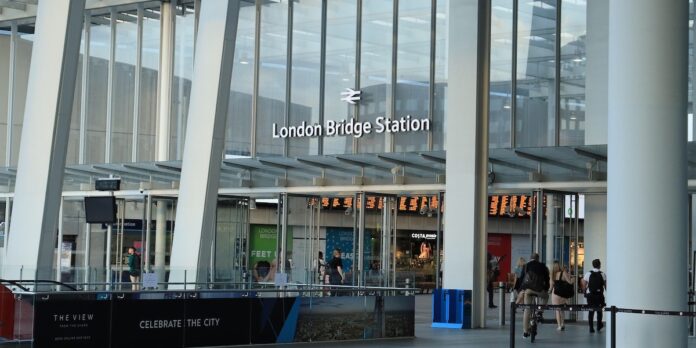 Workers said the terror attack which claimed the lives of two people will not affect their day to day life – and had mixed views on whether it will impact on their vote.

Christina Farrelly, who moved from Belfast as a child to escape the Troubles, said: “For me I’ve grown up with it, I will not allow it to affect my daily life. I am still coming to London, we can’t let them win.”

However, she said the issue of security concerned her: “They got rid of 22,000 police in the last ten years. They have cut everything to the bone.”

However, she was not sure how the attack, which claimed the lives of Jack Merritt and Saskia Jones, could have been stopped. “I do not think they could have done it differently really. They were there within five minutes.”

Lift engineer Peter Read was working in the City on that day.

He said: “It’s not really about the police. It’s more about why this man was let free.”

Usman Khan, 28, had been released after serving a prison sentence for a  terrorism offence and had been attending a prisoner rehabilitation event at Fishmongers Hall, along with his victims, who worked to support prisoners get their lives back on track.

Mr Read said: “I feel the biggest problem is we’re too soft on human rights.”

Retired teacher Anne Turnbull said: “There are some troubled peculiar people in the world. However much you clamp down, you can’t mitigate that and support that people who are troubled is vital.”

Mrs Turnbull, who was visiting from Bristol, said the tragic attack would not affect her vote.

Bar worker Terry Phipps from Dagenham said sadly attacks involving knives are “a standard 21st-century thing. It happens all the time.” He said it would not affect his vote.

Casper Sierpinski 28, said: “The attack does not really shock me. It shocks me how used we are to it.” He said he was not planning to vote in this month’s General Election.

Earlier at a vigil in honour of those who were killed and injured in the attack London Mayor Sadiq Khan said: “We commit to honouring the memory of Saskia Jones and Jack Merritt by working to build a future defined not by hatred but by hope, unity and love.”