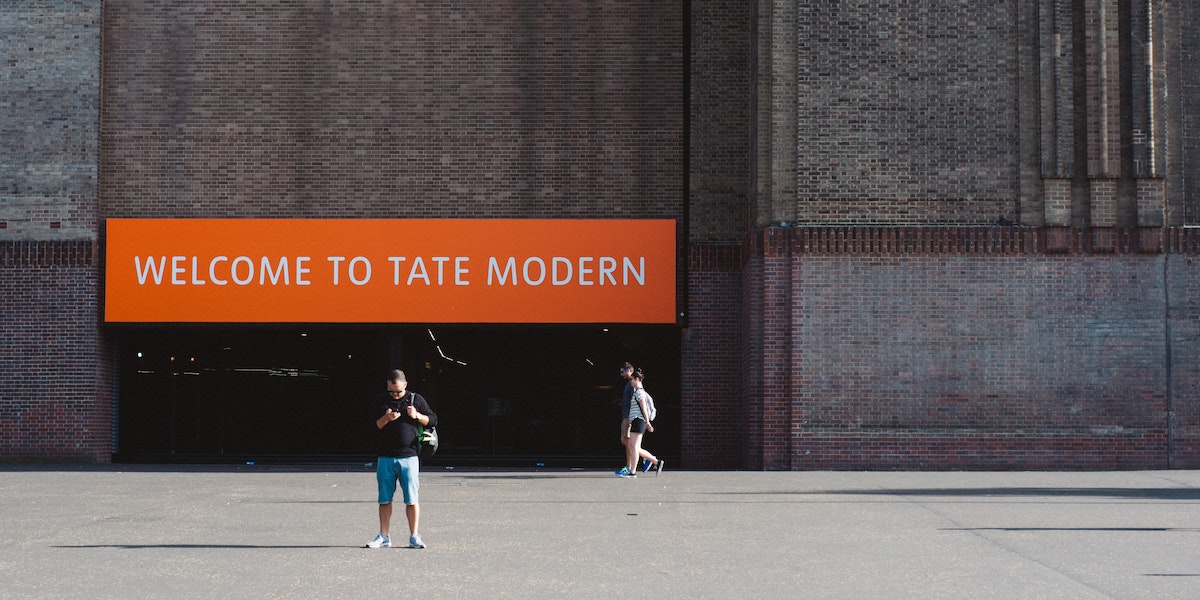 This coming November, both the Tate Modern and Tate Britain are offering a huge range of digital events and content encouraging everyone to engage in art online and discover new artists.

For November’s instalment of UNIQLO Tate Lates Night In, the artist-led programme will respond to the Zanele Muholi exhibition, launching on the eve of its opening at Tate Modern on 5 November 2020. The event will stream from 7:00pm-8:30pm and will be available to access until 12 November.

Writer, educator and activist Sarah Choudrey will host the event, introducing a diverse programme of artist talks, workshops, music, photography and film. Artist and activist Mykki Blanco will also be in conversation with Dominic Cadogan, Assistant Editor for Dazed, about their recent work and the enduring impact of Zanele Muholi.

Anshika ‘Ash’ Khullar will lead an illustration workshop inspired by Muholi’s Faces and Phases series, while the work of international photographers highlighting QTBIPOC communities across the world will be shown in a digital display, including Charmaine Poh, Ka-Man Tse, Kia LaBeija and Mikael Owunna. The event will include a screening of Michéle Pearson Clarke’s All That Is Left Unsaid (2014, 3 min), a video using the montage technique of supercut to create space for all that can’t be expressed in words, introduced by Tate curator and artist Valentine Umansky.

A DJ set from Lil C will be on offer on the music stream, filmed in Tate Modern’s iconic Tanks and programmed by South London based collective BBZ.

On Friday 20 November, viewers can join Tate Collective Producers for Late at Tate Britain Online. Tate Collective Producers are 18-25-year-olds who organise free events and workshops for young people.In this month’s online stream, they will explore the effects of climate change in today’s modern world, taking inspiration from the recently opened Turner’s Modern World exhibition at Tate Britain. JMW Turner was one of the first artists to creatively document the industrial revolution and captured the knock-on effects of the changing world around him.

Late at Tate Associate Creative Researcher, Soofiya will introduce Ravensbourne Fashion student Simone Niles and recent fashion graduate Lauren Mooney, who have collaborated on a short film responding to works in the Tate collection, including those by JMW Turner and David Tremlett’s colour installation along the Manton staircase.

Shot in the galleries, the film features original costume design and spoken word written by these young creatives. Reprezent Radio will also stream a specially curated playlist live from their studio in Brixton and young viewers can learn how to get ahead in their career with advice from ERIC.

The Making of the Modern World: War

Coinciding with Turner’s Modern World at Tate Britain, on Monday 23 November from 7:00pm – 8:15pm an online panel discussion will explore the history of conflict and art. JMW Turner famously painted conflicts from the classical era through to the Napoleonic wars and the exhibition will serve as a starting point for participants to question what role artists play in shaping memories and impressions of war.

The event will bring together perspectives from art, history and sociology to discuss how experiences of war continue to shape our understanding of the modern world.

Margaret MacMillan, author of War: How Conflict Shaped Us and Gurminder Bhambra, Professor of Postcolonial and Decolonial Studies at the University of Sussex, will participate in the panel discussion chaired by Amy Concannon, co-curator of Turner’s Modern World.

Visitors to Tate Kids can get involved in two new interactive quizzes from 2 November. In Which Art Activist Are You? participants will answer a series of questions about how they like to work and interact with others to identify which well-known activist artist they are most similar to, such as Kara Walker, Ai Wei Wei and others.

To coincide with a new free display at Tate Britain showcasing works of art with fairies including Mat Collishaw’s magical three-dimensional animation Garden of Unearthly Delights 2009, there will also be the opportunity to take the Which Arty Fairy Are You? quiz.

All events and content will be available to enjoy for free on the Tate website or through Tate’s social media channels.