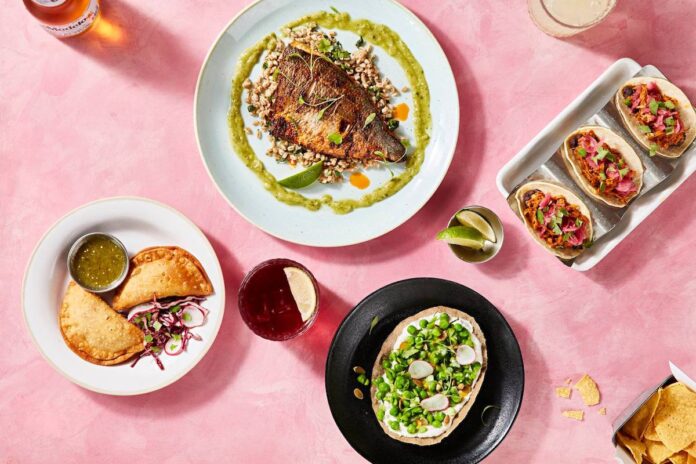 The global trend of consumers increasingly holding business to account for their environmental and social impact has made its way into the London food industry.

City diners no longer just want food that tastes and looks spectacular – we are demanding it be sourced ethically, too. We want to have a great night out treating ourselves, knowing full well that what we are eating and drinking isn’t destroying the environment.

We also expect the hospitality staff to be treated fairly and the farmers who produce our meat and veg to be paid well.

But, as consumers, it can be hard to find these kinds of places to go out and to know who is actually doing the right thing. That’s why we’ve made this list of the Square Mile’s very best sustainable restaurants.

The chefs and owners of these places all care about creating delicious food and drink, but also focus on the sourcing of produce, reduction of waste, and treatment of workers.

You might not think of a steak joint as being sustainable, but these guys do a great job of sourcing their meat from grass-fed cows on British farms. This not only means they’re doing good by animals and the environment, but that their steaks are some of the best tasting in the City.

Cuts are so good, in fact, that the Sustainable Restaurant’s Association said: “Hawksmoor has very strong sourcing practices, ranging from the use of high welfare meat to supporting local breweries and sourcing only the most sustainable seafood.

“Staff and suppliers are all very positive about the company, its sustainability practices and excellent staff benefits.” They also have a huge array of charity partners. Hawksmoor donates 50p from every ‘Shakey Pete’ and chocolate tart sold to Action against Hunger, Foot Gambia, Magic Breakfast, and Social Bite.

Their annual charity dinner in aid of Action Against Hunger has raised a huge £550,000 over the past seven years. They even donate all sales of their two cookbooks to the cause. It’s no wonder why they have an impressive three-star rating from the Sustainable Restaurant’s Association.

Head chef Skye Gyngell has been pushing forward Spring’s environmentally-friendly policies since 2016, creating brilliant seasonal menus from local and organic produce. Her last ‘Scratch Menu’ raised awareness on food waste and she is now pushing ahead with a plan to make the restaurant entirely plastic free in 2019; not a small feat for those in the hospitality industry. And beyond all of their sustainability efforts, the space within the new wing of Somerset House is visually stunning and the changing menu is given a whole heap of thought and care. It’s fine dining done ethically.

You wouldn’t think a large dining chain like Wahaca would be sustainable, but these guys go above and beyond to act ethically. In fact, it is one of the few restaurant groups in London that places sustainability at the heart of everything it does. From careful sourcing of local and organic produce to the charitable support of children in Mexico and the investment in staff training and benefits, Wahaca’s approach to ensuring it meets both its environmental and social responsibilities is mightily impressive. Wahaca has also been awarded three stars (out of three) by the Sustainable Restaurant Association.

Native made its name as a pioneer of the wild food movement from a small street food stall in Hackney. The acute seriousness with which founders Imogen Davis and Ivan Tisdall-Downes approached their mission to showcase the best of Britain’s foraged foods and game with zero waste quickly found a captive audience in hipster East London. So much so that they outgrew the stalls and supper clubs and put down permanent roots by Borough Market. Now, Native is lauded as one of the very best sustainable restaurants in London, filling up all their tables most nights. Be sure to book ahead to avoid disappointment.

The team at Culpeper take ‘locally sourced’ to the next level by growing a lot of their vegetables and herbs on their own rooftop. Guests can sit upstairs among the vegetables and herbs, eating food that has been grown around them. But they don’t stop there. They only use produce that is in season, working closely with UK farmers and fisherman to use only the best and most ethically-sourced vegetables, meat and seafood. They champion nose-to-tail cooking (using as much of the animal as possible) and reduce waste even further by using their own compost bins on the roof, which create nutritious mulch for plants to help them grow. They work incredibly hard to buy ingredients produced to a high environmental and ethical standard while supporting small scale British agriculture. It’s what sustainable dining is all about.

The Natural Kitchen started off as a humble retail organic food shop, but has now become one of London’s top healthy lunch venues. Hearty and healthy options leave diners spoiled for choice, and the fresh meat counter is a marvel in itself. Whether you eat at the café or breeze through the deli, you’re sure to find a deliciously organic snack or lunch option. Chefs getting up at 4am for trips to the market is the norm at The Natural Kitchen in order to select and serve the freshest and best quality produce to use across all their London stores.