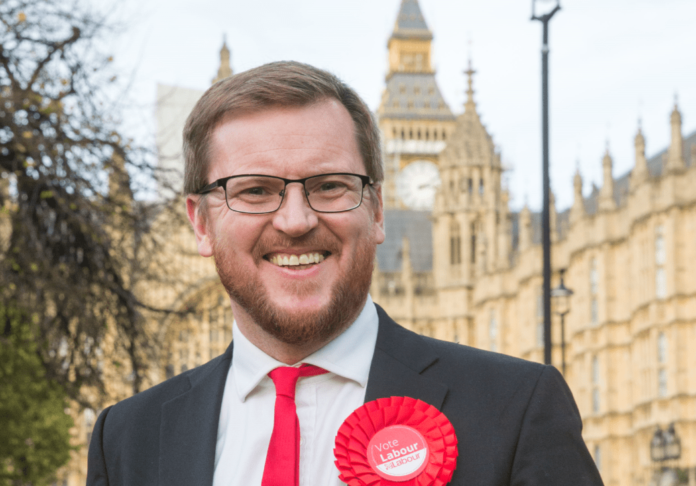 Steven Saxby wants to paint the Cities of London and Westminster red.

Father Saxby is the Labour Party’s local parliamentary candidate for the next general election in 2021 and, if successful in his campaign, will become the first Anglican priest since 1801 to win a place in the house without resigning his orders.

Labour is a serious contender for the seat after incumbent Tory MP Mark Field saw his majority cut in the 2017 election.

“We are confident we can win it,” said Saxby, who believes his Conservative counterparts have taken the seat for granted in recent times.

He said life had become “a tale of two cities”, where obscene wealth and extreme poverty live side by side because of “Conservative chaos”.

“The Cities of London and Westminster have become a place where only a privileged few are comfortable but where a great many struggle,” he said.

Saxby, 47, has working-class roots in the City, having been born and raised in East London and Essex.

When he started his ordination training, he spent a year living with a community of Franciscan Friars in Barstow, where he helped them run a drop-in centre for homeless people and refugees.

“It was a great place to encounter other people and life experiences,” he said.

He’s now the parish priest of St Barnabas in the heart of Waltham Forest, having served congregations elsewhere in the borough for about seven years.

His religious calling and social campaigning are both drawn from the same concern for justice and equality.

“There is this sort of big tradition that says faith and politics don’t mix,” said Saxby. “For me, I grew up in a church which was always very socially active, politically aware. My first day out with a church was actually a lobby of Parliament. I was about 14 at the time.

“I came to faith and politics at the same time, and the church helped me to think about politics. For me they’ve always gone together. And everything I’ve done as a priest, as a vicar, has always been about the interaction between the church and wider society.”

Over the past 30 years, Saxby has led and won campaigns covering homelessness and supporting refugees.

He became attracted to the Labour Party and joined in early 2015 because of the “negative impact” Tory legislation was having on the people he was working with in his congregation and community.

“I thought we really do need to see a change of government and, obviously, Labour is the best chance of change,” said Saxby, though he admitted it was not easy for him to join.

He said: “To be honest, it was a bit of an internal struggle for me to join Labour, given the position the party had taken over many things over the last decades. But I am really happy now with the new direction of the party under Jeremy Corbyn.”

Saxby’s union, Unite The Union, encouraged him to rise up the ranks in an effort to represent the residents of the City of London who, he said, are often looked over.

“Labour wants the City of London to be a place that welcomes tourists and employees in the financial sector, but more consideration needs to be given to the residents,” he said. “There’s no lack of resources in the City of London and yet residents are subject to cuts to public services.

“It’s truly shocking that we have such levels of poverty and so much neglect. And in the City it’s not that there’s no money.

“If you go to many local boroughs they are really struggling to deliver basic services because they’ve been subject to so many cuts by the Conservatives, but the City of London is more than able to deliver much better quality of care to its residents.

“It does a brilliant job of keeping its streets clean. It’s got the cleanest streets in the country. Why doesn’t it deliver the best social care in the country? The City is always going to be the financial centre; it’s always going to be an historic centre. But if we lose the residents we’re going to lose the perspective, the experiences, the benefit of people living in the City.”