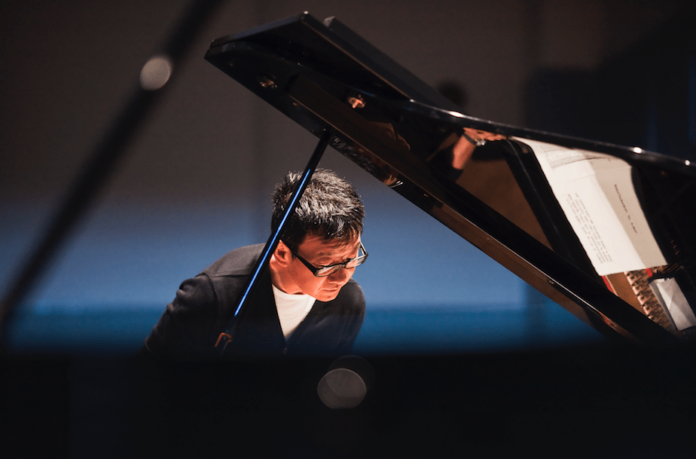 JUNE 1976. The iconic Christ Church in Spitalfields was slated for demolition, having fallen into serious disrepair.

A group of locals gathered to protest the plans, not on religious grounds, but because East London would lose one of the truly great venues to hear live classical music. Today, Spitalfields Music has become a leading force in ensuring music and community arts still have a home in the East End.

The 40th annual Winter Music Festival will bring 16 musical performances into local churches, a Masonic temple and the Tower of London from next week. Internationally renowned classical pianist Melvyn Tan is one of the top billed artists on the line-up, performing a specially curated programme at Shoreditch Church on 6 December.

The Singapore-born London-trained artist can track his association with Spitalfields Music as far back as the late 1980s, in the midst of his rapid early progression as one of the pioneers of pianoforte.

In 2006, following a long absence, he was approached by then festival director Jonathan Dove to play Vingt Regards, a suite of 20 pieces by French composer Olivier Messiaen.

“It’s an incredibly difficult work – it lasts about two hours – so I pondered and pondered and eventually decided to bite the bullet and learn it,” Melvyn says. “It took me over a year-and-half to learn, but when I performed it at Spitalfields it was a great success,

I’ve played excerpts since but it will always remind me of reconnecting with the festival after so much time away.”

It was around the same time that the legendary Judith Serota left Spitalfields Music after 20 years as the festival’s executive director.

The then artistic director of the festival, Diana Burrell, came up with an idea for a farewell present: a set of variations on one of her favourite melodies, Bach’s Bist du bei mir, for her to play. Eleven of Britain’s leading composers contributed, all with a personal or professional connection with Judith, including the seven artistic directors she worked with at Spitalfields.

When Judith asked Melvyn if he would premiere Variations for her at Shoreditch Church as part of the Spitalfields Music Summer Festival in 2012, he didn’t hesitate. “Each one of them is a unique gem in a wonderful collection that commemorates Judith’s precious involvement with the organisation,” he says.

Variations continues to grow; with Melvyn preparing to premiere the latest contribution – a piece by Rolph Hind – in the same place it all began on 6 December. He will also perform the London premiere of Jonathan Dove’s Catching Fire, as well as a piece by another former Spitalfields artistic director Judith Weir, and Liszet’s 3 Concert Etudes.

The performance marks the end of an exceptionally busy year for Melvyn, who marked his 60th birthday with one of his largest ever tours that took him from Europe to South Africa, Hong Kong and, most recently, Australia. He has performed at Wigmore Hall, Vienna’s Konzerthaus and New York’s Lincoln Centre, so the question is, why does he always make time to return to this little corner of East London?

“I think what attracts a lot of us is the fact that the festival is held in these wonderful old churches; there’s the historical interest of course but the acoustics create a very well-rounded sound,” he says.

“There’s also something quite lovely about playing in these old, slightly peeling – though incredibly restored – buildings that create quite a unique atmosphere and I don’t think that any other festival has the venues to do it.”