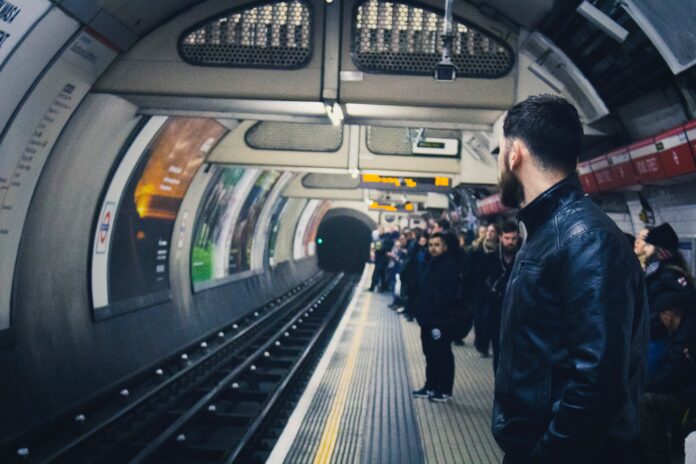 Renters have slammed a SpareRoom Tube advert as “callous” and “tone deaf” for encouraging homeowners to charge £800 to rent out their spare bedrooms as a means of making extra money during the cost of living crisis.

The advert from online flat sharing platform SpareRoom was spotted on Tube trains earlier this month and has drawn a strong reaction online.

It advises that £800 is the average rent in London right now for a single room, which is “more than enough to ward off rising living costs” and that demand for rooms in the capital has more than doubled meaning prospective landlords “won’t be short of people to choose from”.

Renters’ rights group Generation Rent have said the advert is an example of “callous marketing” and accused the advertisers of encouraging “profiteering”.

Alicia Kennedy, Director of Generation Rent, said: “Private renters are struggling the most to afford their rent and pay their bills, putting them at risk of eviction and homelessness. It’s therefore not hard to understand why this kind of callous marketing would upset and anger those straining to keep warm and keep a roof over their head.

“Sadly, until the Government intervenes and acts to meet the housing demand to bring rents down to affordable levels this type of profiteering and heartless advertising will continue.”

Despite the anger directed at the advert, TfL has said it did not breach their advertising policy.

A TfL spokesperson said: “This advert recently ran on our network, but has subsequently been replaced by a different creative. Both adverts were reviewed by our media partner, without referral to TfL, and were deemed to comply with our advertising policy.”

Though TfL has said the original advert has been replaced by a different version that does not reference the £800 average rent, it is still being displayed on Tube trains as of 27 October.

A spokesperson for SpareRoom said the company “underestimated the understandable anger around the current situation with the housing market” and has subsequently updated the advert.

SpareRoom has said the “only solution” to the ongoing housing crisis is to increase supply, which it says will “force rents down”, but rising costs associated with being a landlord are forcing many out of the market.

The spokesperson said: “There are around 21 million empty spare rooms in homes in England alone. If just 2 per cent of those homeowners rented out their spare rooms, we’d create a virtual city the size of Manchester (without laying a single brick or changing a single law). That would more than cover the shortage and it would also force rents down.

“The best way to attract those homeowners is with the earning potential of renting out their room. Unfortunately, this wasn’t as clear to people as we hoped, and we underestimated the understandable anger around the current situation with the housing market.”

According to estate agents Foxtons, the average London rent reached record levels last month, while a shortage of properties has led to an average of 30 people vying for each rental property. It comes amid reports that private landlords and letting agents are holding bidding wars, “auctions” and demanding up to 12 months’ rent up front from prospective tenants with demand so high.

Research from housing charity Shelter published in September found that one in five Londoners are behind on or struggling to keep up with their rent payments.

A spokesperson for Mayor of London Sadiq Khan said: “Nearly a third of Londoners are private renters, the majority of whom are set to be hit by a devastating combination of rent and bill rises in the coming months, with no sign of rampant inflation slowing down.

“The reality is that only Government Ministers have the power to make the major policy changes we need to prevent escalating housing costs, by giving the mayor the ability to freeze rents and introduce a system of rent control that works for Londoners. If the new Prime Minister is serious about tackling the cost of living crisis, he should make this a priority.”