Brexit will have a “huge impact” on social care, and could be “potentially disastrous” for people who need support, according to a sector expert.

Brexit will have a “huge impact” on social care, and could be “potentially disastrous” for people who need support, according to a sector expert.

Karolina Gerlich, chief executive of the National Association of Care and Support Workers, told the London Assembly that people’s lives are on the line.

Social care includes a range of jobs supporting older, disabled or mentally ill people, both adults and children – it can be help washing, dressing and taking medicine, as well as more specialist roles.

The sector works closely with the NHS, helping to keep people well and reduce strain on hospitals and the health system.

Many workers do not earn enough to meet the government’s new immigration thresholds – meaning it will be harder to bring in foreign workers to fill gaps.

The government wants a £25,600 salary threshold for skilled workers entering the UK – and a more flexible threshold, as low as £20,500, for industries with worker shortages.

Thank you @KeeleyMP for talking about the value and importance of care workers in the debate today. https://t.co/MfmwY641uS

But Ms Gerlich said the approach “seems to confuse academic ability with skills”.

She said: “People working in social care are not low skilled – this is the biggest problem that the sector has.”

She added: “Just managing people’s well-being is a huge skill in itself.

“In this kind of job with experience your skills increase because you really learn a lot doing the job.

“Again that’s not really recognised as a way of achieving skill levels.”

She said: “It isn’t necessarily something where we can say we’ll give the sector a couple of years to adjust and work things out.

“Because while you’re adjusting and working things out it is people’s lives that are going to be at risk.”

But Professor Brian Bell, an economics researcher at King’s College London, said looser immigration rules are “not the solution” to the country’s social care problem.

He said: “The problem in social care is that the funding model doesn’t work. 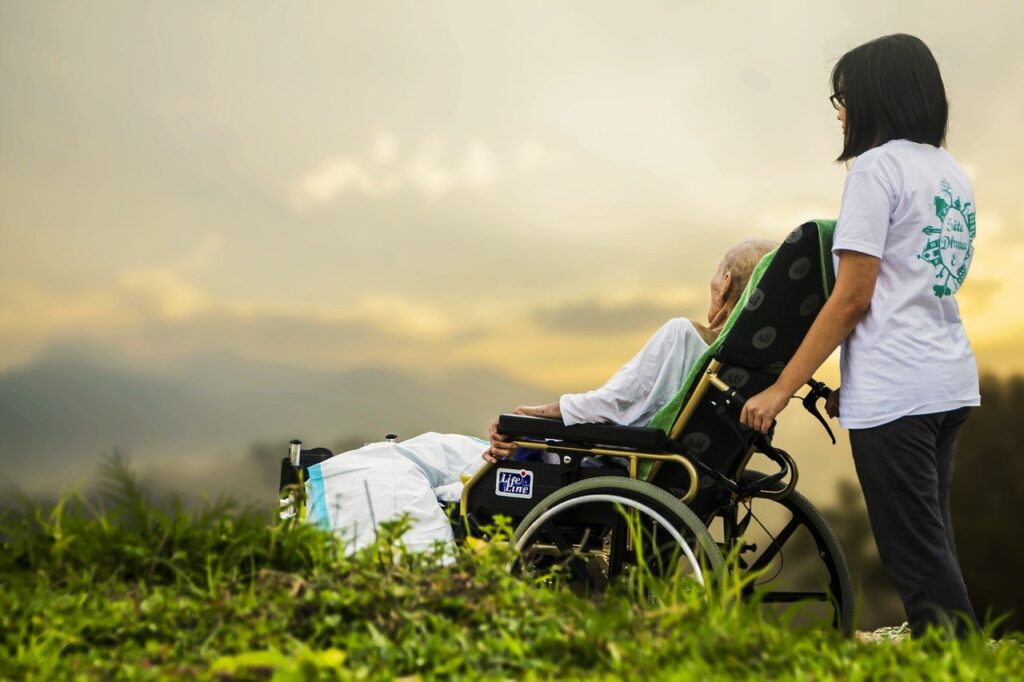 “This is a criticism of all governments, there’s not a particular government that can hold their hands up with pride and say they’ve solved social care.”

Theresa May’s government promised a social care ‘green paper’ in 2017, setting out a plan for funding the sector as Britain’s population ages and demand increases.

Professor Bell said it was still unclear when this report would be published.

He added: “Frankly, in my old age I don’t want to be looked after by someone who’s earning the minimum wage and having to work every hour god sends just to make a living.”

To address the problem in the short term, Sadiq Khan wants to introduce London’s own immigration rules so that industries with skill shortages – including social care – can recruit faster.

But Professor Jonathan Portes, an economics and public policy researcher also at Kings College, said new immigration rules could actually benefit London more than the rest of the UK.

This is because wages are “significantly higher” in the capital, meaning more jobs are likely to meet the minimum pay threshold, he said.

And Professor Bell said that for jobs like social care, where more junior roles were not covered by government proposals, introducing a different system would involve devolving “primary legislative power” to London – which he believes is unlikely.

He said London is “not one of the places we’re worried about” in terms of Brexit impact, as there are more job opportunities in the capital than other parts of the country – meaning if one industry shrinks there will still be work for residents.

But along with Peter Levell from economic think tank the Institute for Fiscal Studies, both Kings professors stressed the risks to London’s and the UK’s economy.

Professor Portes claimed there were “no credible trade economists” who believe leaving the EU will have “significant benefits”.

She said: “We’ve got to look at doing something different, being something new, and being positive about the way forward.”

She added: “We are where we are. Brexit has happened – and we really need to start talking things up instead of being pessimistic.”