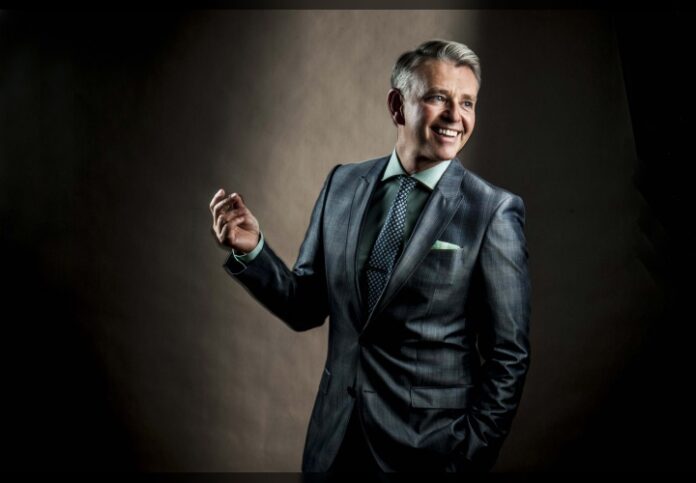 Be transported to the Purple Room in Palm Springs around 1971 – a hard feat seeing as you’re in the heritage listed Wilton’s Music Hall in cold and raining London – to see the one and only Frank Sinatra perform live as he faces retirement.

Of course, it is an actor. But it is a mighty fine one. Richard Shelton elegantly slides in and out of all the favourite Sinatra hits between countless monologues about his life. It’s an autobiography of the legend.

Shelton embodies a lot of what we’d expect from Frank Sinatra but doesn’t quite convince us of his tough southern Italian persona. It is a slightly camp version of Sinatra. But just as soulful and melodic.

He stands on stage with his pianist and talks very openly of his past successes and failures. He talks about his wife, lover and struggles with success in the industry. Clearly, Shelton has done his research and offers up some lesser known insights.

He laments about the changing nature of the music industry and where things are moving. The likes of the Rolling Stones and David Bowie are taking over now. While Sinatra is struggling with his own growing irrelevance. The symbol of a dying era. He knows he’s going out, but he isn’t giving up quietly.

He openly criticises those around him in his life and blames others for change he cannot keep up with. Some of this is a little unsettling – but not for the best reasons.

He blames Ava Gardner for having an abortion – as if she had stolen something from him. A number of female journalists are called very derogatory names. This is likely how he and those during this period of history spoke. But it does make him less of an appealing character. We struggled to relate to him as he constantly saw himself as the victim.

But this rawness is what sets the show apart from similar kinds of shows. It doesn’t glorify the man. It shows his flaws in all their unfiltered glory. It’s an incredibly refreshing take that’s worth a viewing – especially for the devout Sinatra fans who crave some nostalgia.

At a time where the 90’s is getting another round of attention, it is nice to go back further and relive the 60s and 70s once again.