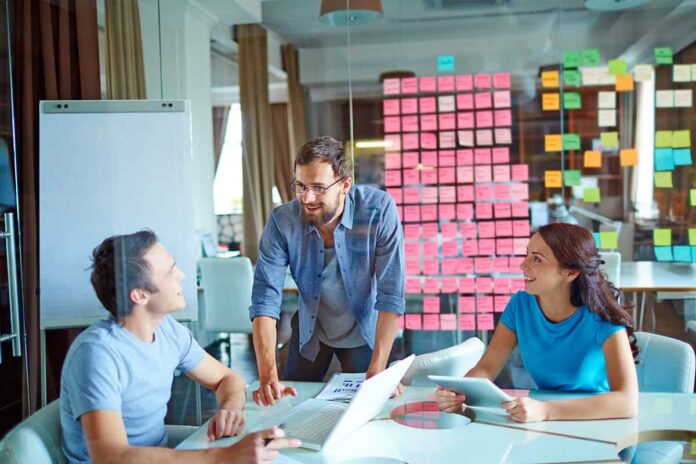 Shoreditch is the most expensive tech district in the world, with intense demand for office space pushing rents higher than in global powerhouse San Francisco.

The 2018 Global Cities report from Knight Frank identifies the City’s close neighbour as the world’s most expensive tech district, with rents reaching $90.75 (£67.97) per sq ft, almost as high as prime rents in the Square Mile.

Shoreditch is followed by Mid-Market in San Francisco, where rents are $77 per sq ft, and Silicon Docks in Dublin ($76.30) which has become the European base for many tech corporates including Twitter and Google.

James Roberts, chief economist at Knight Frank, said Shoreditch’s success helps to underline London as a world-leader in tech, but warned of an uncertain future.

He added: “While there has been much debate on how Brexit will affect London’s status in financial services, the impact on the burgeoning tech sector has been overlooked.

“To maintain its position London will need to attract and retain the world’s best talent, and that means works visas.

“Support for London’s thriving tech industry should be higher on the government’s list of priorities.”

In Berlin’s Potzdamer Platz office rents are just $40.70 per sq ft, while the city centre in Amsterdam, which is home to an ever-growing tech sector, offers office space at $34.45 per sq ft.

Meanwhile, despite boasting some of the most expensive office buildings in the world, Hong Kong, Shanghai and Singapore all provide affordable office space in their emerging tech districts.

In Cyberport, the heart of Hong Kong’s tech sector, office rents are $36.90, which is 90% lower than rents paid in the city’s skyscrapers.

Similarly, Zhangjiang Hi-Tech Park in Shanghai and One North in Singapore offer rents significantly below the city average at $27.50 per sq ft and $41.45 per sq ft respectively.

James Nicholson, a partner of Knight Frank Tech, said that the Capital needs to use Shoreditch as a case study moving into the future.

“Since 2011, the technology, media and telecoms sector overtook finance as the largest source of office demand in London, and has held that leading position ever since.

“As the tech ecosystem in London matures, companies have demonstrated a willingness to pay more, to create the best possible workplace for staff. Creating great ‘user experience’ is paramount for those looking to attract and retain the best talent.”

This direct association between workplace and talent has forced businesses to prioritise working environment over and above a general desire to keeping costs low.”