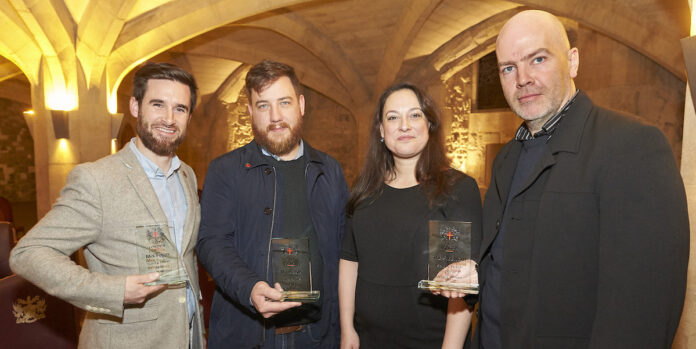 A record 72 licensed City premises were recognised at this year’s Safety Thirst Awards for their work to reduce alcohol related crime and disorder.

The overall winners were The Gable Bar & Restaurant, winning it for the second year running, The Steelyard Nightclub, and Mrs Foggs Bar.

The awards are given to bars, pubs, clubs, restaurants and events venues across the Square Mile who are part of the Safety Thirst scheme, which promotes high standards in reducing crime and anti-social behaviour while also helping to ensure a safe and pleasant environment for people to socialise and enjoy the City.

The scheme is open to all licensed premises in the Square Mile and has been running since 2006. It is run in partnership with the City of London Corporation, City of London Police and the London Fire Brigade.

Sophie Anne Fernandes, chairman of the City of London Corporation’s licensing committee, said: “The scheme continues to grow each year and the record number of awards is a testament to the hard work of the City of London’s licensees. It also underlines the importance we place on safety in the night-time economy both for customers and licensed premises staff.

“Standards across all our participating licensed venues are high, but the overall winners really are exemplary. I hope this encourages even more venues to come forward and join the scheme.”

Ellie Kwong from Mrs Foggs Bar said: “‘Our team at Mrs Fogg’s Dockside Drinkery & Distillery are honoured to receive the accolade after its first year of operating in the City of London. It is great to see our values and efforts recognised by our peers.

“We put our guests at the heart of everything we do and this award affirms our all-round business success.  We are dedicated to ensuring safety is the priority of our business.”

All applicants for a Safety Thirst Award are issued with a toolkit which is designed to help them meet the criteria for an award. It sets out what the assessor will be looking for in terms of training, policies, risk assessments, incident logs, reports and other related documents.

They also receive the option of one to-one advice from either a Licensing Officer or a member of the City of London Police Licensing Team.

There are over 900 licensed premises in the Square Mile and over 300 of these are licensed to sell alcohol after midnight. The City of London Corporation is committed to ensuring that the City of London and the wider Capital functions as smoothly and efficiently as possible and that London is an attractive place to live and work in order to remain globally competitive.

Regan McVaddy, licensee at The Steelyard, said: “We are extremely proud to have won these Safety Thirst awards. Safety Thirst has grown to become an important initiative, and it is something that any venue operating in the City of London should embrace.

“As an operator, I am extremely lucky to have an absolutely gilt-edged team. The kind of recognition received by such an award is hugely appreciated by all of them. It’s a great lift as we head into the busy season.”