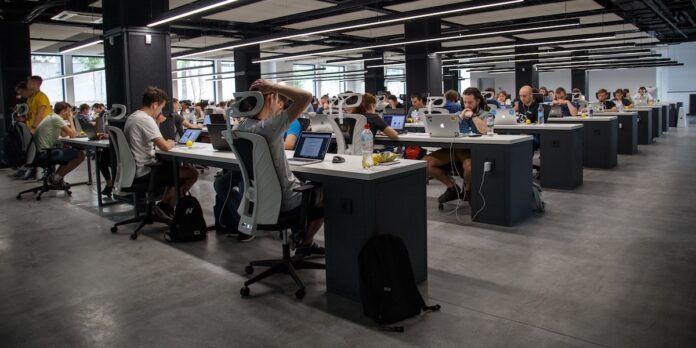 The Mayor of London has challenged new tech companies to tackle some of the capital’s most pressing problems – extremist radicalisation, congestion, and the housing crisis. Sadiq Khan launched this year’s Civic Innovation challenge this week, encouraging start ups in the Capital to bid for funding.

Forty successful bids will receive support with their projects, with the best three proposals handed £40,000 funding to make their ideas a reality.

Launched last year, the scheme is a partnership with the Social Tech Trust and is supported by Microsoft.

In 2018, it supported the development of an electric vehicle charger, a digital tool to help Ealing residents get more active, and an app that helps build walking into your commute.

This year the Metropolitan Police, Transport for London (TfL) and the Greater London Authority have all submitted challenges. The Met wants a tech solution to help its counter-terrorism unit combat online radicalisation.

While 38% of Londoners would report extremist behaviour they saw online, only 15 per cent know how to do it.

TfL is calling for a more efficient and greener model for deliveries in the Capital.

And the Mayor has called for start ups to use artificial intelligence and immersive reality to visualise planning applications, so Londoners can engage with changes in their communities.