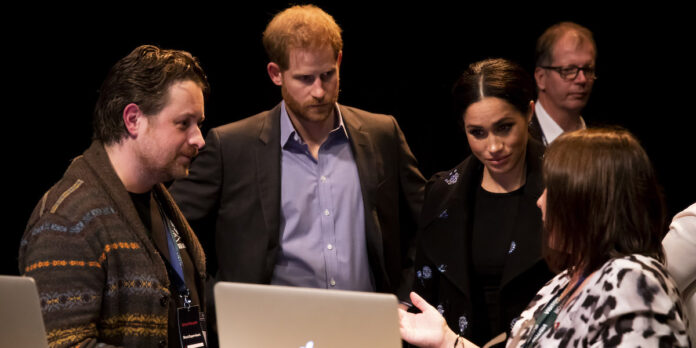 Speaking at Kensington Palace, Prince William said a small-scale trial of ‘Shout’ had already seen 60,000 people “who were feeling scared, frightened and alone” contact the service, with the most common issue being suicidal thoughts. The vast majority of these users were under the age of 25.

Throughout the trial, an average of two ambulances were sent each day to help users of the app who were considered at active risk of hurting themselves. And now it’s getting rolled out to the general public on a much larger scale, thanks to the help of over 1,000 volunteers and increased funding from the Royal Foundation.

The Shout texting service allows anyone with a phone to start a conversation with a volunteer working remotely, usually from home, who has been trained to listen, reassure and guide people who are dealing with mental health problems.

Every text conversation is anonymous, unless the users decides to give out more personal information, and is also reviewed in real time by a panel of qualified psychotherapists who can take control if they believe the person needs more help than can be given by a volunteer.

Artificial intelligence also determines the priority of each case based on what is written in each initial message. The case is moved up the list when words like suicide, rape, forced marriage and slavery are used.

This service has huge potential to help people from all over the country, suffering from a range of cases. And it could alleviate some of the strain on the NHS; it is estimated that mental illness costs the UK economy £94billion. Shout is using new technologies to help more people more efficiently.

This follows a trend of how new technologies can be used to help treat mental health. One of these is transcranial magnetic stimulation (TMS). TMS utilises magnetic pulses to treat a range of mental conditions, including depression, anxiety and addiction.

Gerard Barnes, CEO of Smart TMS, notes: “This treatment uses the same magnetic pulses that are of a similar strength to the ones used in MRI machines to treat a variety of conditions by increasing or reducing activity in the relevant brain areas.

“Studies by Smart TMS have shown that 75% of patients had a clinically significant reduction in the severity of their symptoms after TMS treatment.”

But TMS isn’t for everyone and shouldn’t be seen as the first point of call. Picking up your phone to text a stranger who listens to your problems is significantly easier and the best starting point for seeking advice. Especially as we are becoming such a technologically dependent society full of people who struggle to talk about issues face-to-face.

It is hoped that Shout will help treat people before any condition becomes chronic, and help users find other sources of local assistance.

The focus is on improving understanding of mental wellbeing and building resilience through the arts and creative learning activities.

Visitors can take part in chess strategy classes, calligraphy workshops, scent sensory sessions, yoga, lunch and learns, mindfulness, and even hula-hooping. It’s the natural next step for people who feel comfortable to work through their problems with others.

Mental ill-health is on the increase among high-income countries, and the UK is no exception. According to the government, poor mental health is the single largest cause of disability in the UK, and NHS figures show that roughly one in four will experience a mental health condition each year. The more tools we can utilise to combat the trend, the better.