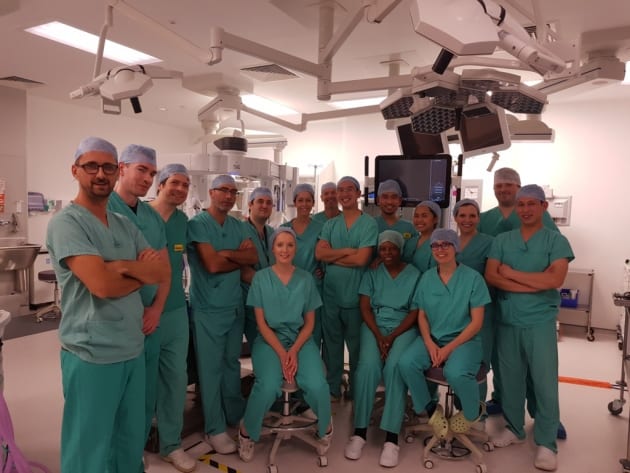 For some reason it always involves killing people. Well, the City and East London’s hospitals have other ideas. They have been invaded by machines with a very different objective.

No it’s not to turn you into a battery plugged into an artificial reality. These robots are designed to keep you alive and active.

Seven departments at The Royal London and St Bart’s Hospitals have received brand new ‘da vinci’ robot surgeons, including the UK’s only dedicated heart, lungs and chest robot. Thanks to a £5.5million windfall from Barts Charity, the robots will form part of a brand new robotics centre at Barts Health NHS Trust.

The robots overhaul the way traditional invasive surgery is performed. Instead of large incisions during an operation, the machines’ improved manoeuvrability and accuracy allow surgery with smaller, less invasive cuts.

This paves the way for patients with multiple health conditions to have surgery where they previously may not have been able.

One of the surgeons behind the healing bots, Kelvin Lau, says the clinical advantages are “breathtaking”.

He said: “Unfortunately some people are too frail for open surgery, so for some cancer cases our only choice would previously have been radiotherapy which isn’t as effective.

“The da vinci suddenly expands the number of people able to have surgery, as well as proving particularly effective in those who have tumours in places that are difficult to reach.”

Surgical teams at the Royal London Hospital now aim to use the devices on at least 500 patients each year by 2020, including in transplant, head and neck surgery.