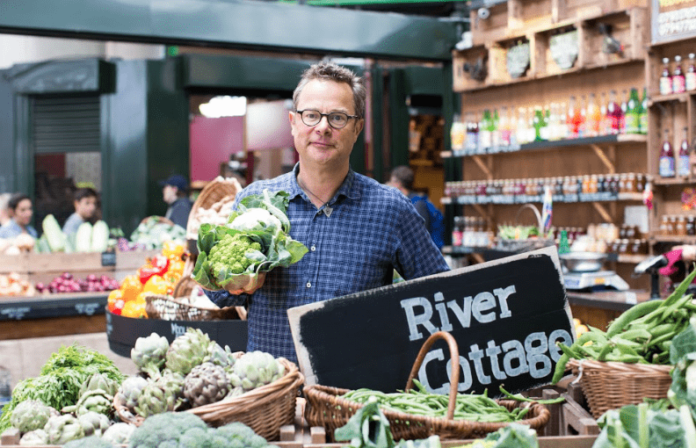 Borough Market at closing time, and as the tourists snap their final Instagram and the locals grab the last of the summer stone fruit, volunteers from food collection charity Plan Zheroes are already moving in.

The traders package up whatever they have left and hand it over to be redistributed to local charities; fresh fruit and vegetables from Ted’s Veg, sourdough loaves from Bread Ahead, and cheese from Neal’s Yard Dairy.

A few weeks ago one of the fishmongers handed over a package containing some Dover sole – a fillet that would set you back around £30 in the restaurants that ring the market.

“I thought it was pretty cool that homeless people would be eating Dover sole for dinner on a Saturday night,” Borough’s managing director Darren Henaghan says.

“But it’s not a difficult ask for me to take these sorts of schemes to our traders; we all share the same ethos.”

So important was this weekly ritual, that grocers Ted’s Veg made sure it continued in the wake of the terror attacks on 3 June. They donated potatoes, cauliflowers and melons that would have otherwise gone to waste during the market’s period of closure.

Borough’s fight against food waste will come under the spotlight in September as part of a collaboration with TV chef Hugh Fearnley-Whittingstall and his River Cottage brand for a month of cookery courses, free talks and events celebrating slow food and sustainable production and consumption. It’s a partnership Darren describes as “long overdue”.

“The stars really have aligned here; Hugh really lives by his values, as well as promoting them in the media, and so do we.”

Ticketed talks and masterclasses from River Cottage personalities include a preservation workshop from author and food writer Rachel de Thample, foraging tips from mycologist John Wright, and an introduction to wild food and nose-to-tail eating from Gill Meller. All are things you might well have seen at the market before, just not quite on this scale.

Darren, himself a former beef farmer, says Britain’s attitude towards the way food is consumed and produced has changed significantly in recent decades, resulting in a backlash to the high-yield production methods of the late 20th century.

“Borough Market has the highest concentration of slow food producers anywhere in the world, and its success proves that there is a commercial return for them as well,” Darren says, adding that visitors to the market have increased by around 15% to 20% in the last five years.

“Twenty years ago, Borough was a rusting shell… the market exists in its current guise because trustees decided they wanted to do something different with food.

“Over the last four or five years, the footfall has increased significantly; some weeks we get 300,000 people through our doors – that’s a lot of people interested in this movement, and that who we are hoping to represent.”

The market itself contributes nothing to landfill; reducing and recycling waste where possible, and sending all food waste that can’t be donated to an anaerobic digestion plant where it is broken down and turned into power, fertiliser and water.

An extensive vetting process for the traders requires that each demonstrates sustainable production methods, and a commitment to use methods that value quality and sustainability over profit.

Collaborations with sustainable tech start-ups like bio-bean, which converts coffee grounds into jet fuel, and Skipping Rocks Lab, a group of designers pioneering an edible water bottle, have also done their part to position the market and its traders as a thought leader in the field.

The hottest ticket of the River Cottage programme will likely be a vegetarian feast hosted by Hugh on 21 September to celebrate the launch of his new book, Much More Veg.

All proceeds from ticket sales will go towards the Borough Market Trader’s Relief Fund, which was set up to support traders affected by the 11-day closure of the market after the June terror attacks.

The programme will be the biggest event the market has staged since the events of 3 June, and while the partnership was in its planning stages long before the attacks, Darren admits the timing is serendipitous as the market gets back on its feet.

Last month traders called for government assistance to cover an estimated £1.5million in total business losses for the market, after some struggled to get payouts from insurers due to gaps in terrorism cover.

Darren says the attacks “knocked us for six” but said traders had been overwhelmed by support from all over the world.

“We’ve seen so much good will; a lady from Alberta wrote me a three-page letter about how much she loved us, that we were her favourite place in the world – which probably means she needs to get out a bit more in Alberta – but it was that outpouring of love for the place that got us through it. Now trading is strong, the smells are back, the voices are back.”

These are voices Darren intends to harness to further redefine the way the world views British produce.

“Now, with Brexit, more than ever it’s so important that the world understands there is so much more to British food than pork pies…the best of British produce and the future of it is right here.”

River Cottage at Borough Market is on throughout September. The full programme is available online at rivercottage.net