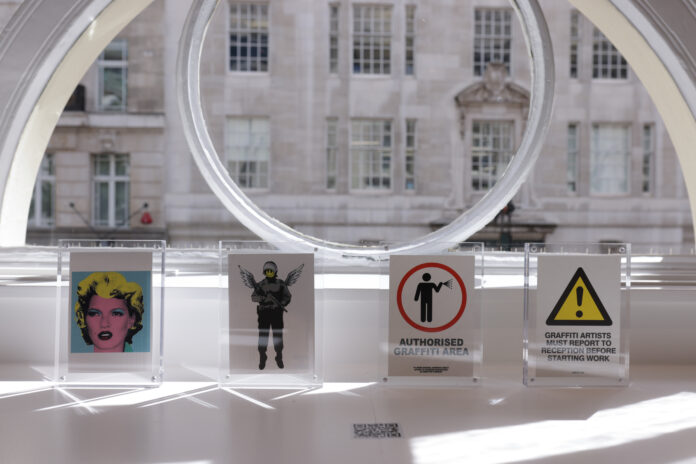 New to the Square Mile, in the heart of one of our most spectacular buildings – The Royal Exchange – you’ll find the splendid Red Eight Gallery.

Championing both established and emerging artists, like Adel Dauood, Lisa Thomson and Boogie Moli, and offering secondary market works by famous names like Keith Harin, Jean-Michel Basquiat and Harland Miller, Red Eight Gallery is the place to visit in the City to get your dose of modern art.

As the City’s first contemporary art gallery, Red Eight Gallery simply had to open its doors with a bang, and it certainly did that – in the form of Banksy, probably the most controversial, interesting and talked-about artist in modern history.

Running until mid-September, Banking on Banksy at Red Eight Gallery features original and authenticated screen prints by the artist, including the acclaimed Girl with Balloon.

Known for his love of pranks, Banksy – real name unknown – is an anonymous British artist and activist who’s antiauthoritarian art started appearing on trains and walls in the ‘90s in his home city of Bristol.

Although may people have tried to guess Banksy’s identity, the man behind the work has still not been discovered (at least officially), some 30 years on.

Since graffiti is illegal, many people believe that the artist first hid his name to escape the law. But the mystery of Banksy has only served to increase his popularity, with his works fetching up to £18 million.

No longer limited to Bristol, Banksy’s graffiti and street art can be found all over the world. His political statements and disruptive vision constantly impact people at vital moments in modern history, provoking alternative viewpoints and encouraging revolution – in the art world, and real world.

The artist has worked in many street art mediums and in several styles, breaking the boundaries and expectations of street art critics. Often, his work utilises powerful, provocative images, encouraging the rapid spread of his name and work across the internet.

Today, Banksy’s iconic artworks have been re-shared and repurposed beyond measure. 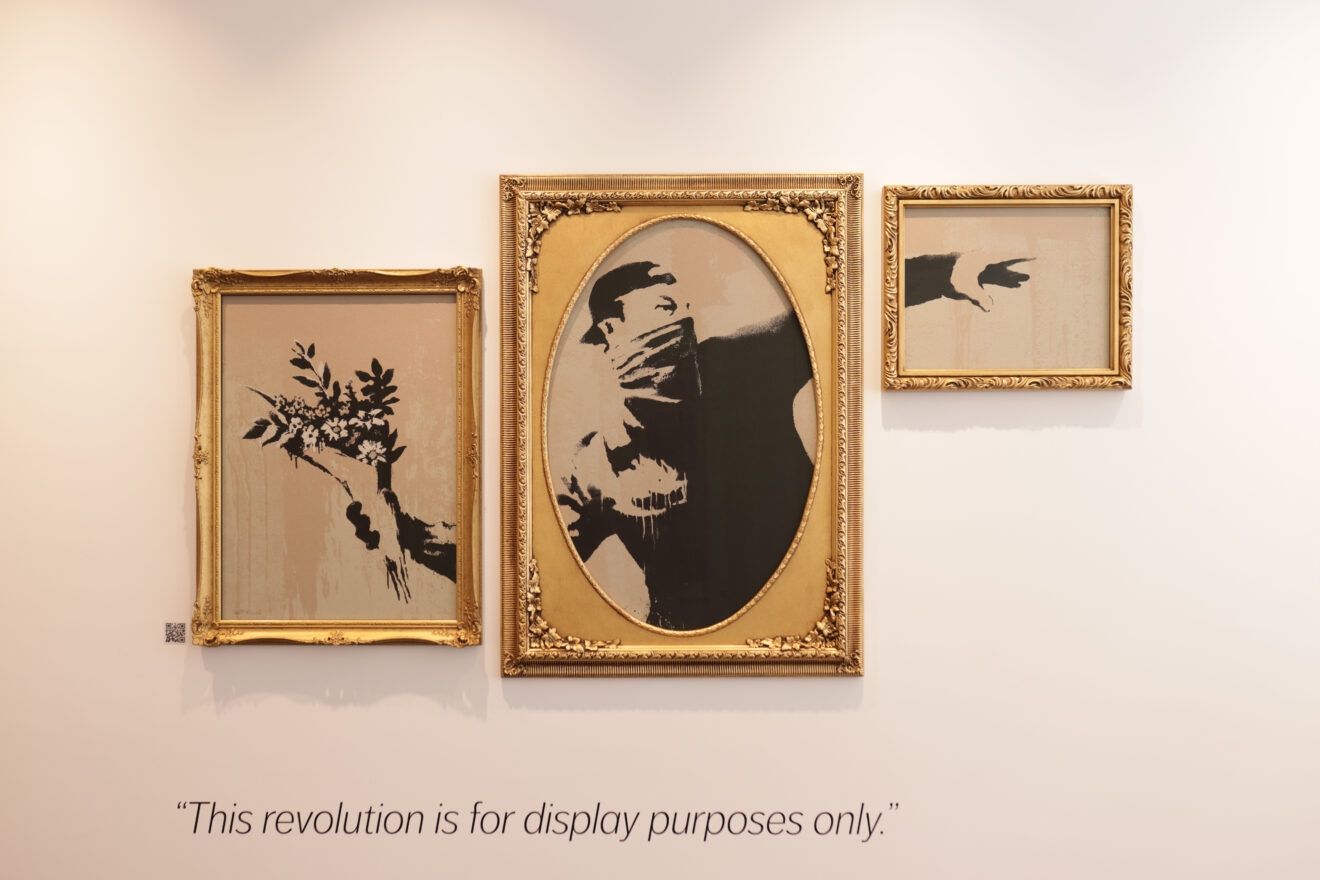 What can we see at Banking on Banksy?

Red Eight Gallery’s opening exhibition features near 60 of Banksy’s works, including the beautifully framed Girl With Balloon and Happy Choppers, two of the most sought-after Banksy images for collectors, old and new.

You can also view one-offs, signed and lesser-known masterpieces. Many of the prints are even available to buy, with Flower Thrower, No Ball Games and Christ with Shopping Bags all up for grabs – albeit with hefty price tags ranging from £25,000 to £2.5 million.

Luckily, you can visit the works for free until September 16 – so make sure to catch the ‘elusive’ and ‘secretive’ artist’s exhibition before it’s gone.

Who can we see next at Red Eight Gallery?

Following the Banksy showcase (a tough act to follow!) is David Moli, better known as Boogie Moli. The graffiti artist from Manchester was a semi-professional footballer for Liverpool in his youth, sharing an apartment with Raheem Sterling during his time there.

Since hanging up his football boots, Boogie has imprinted himself in the art world as a poster boy for professional footballers and their interest in the art market.

Yet, the artist has not merely limited himself to the footballing world – he has worked with a great many sporting heroes, including both boxing legend Deontay Wilder and racing pro Lewis Hamilton, to strengthen their own personal collections of artworks.

Boogie uses a range of mediums in his art, like wheat paste to adhere paper to canvas, acrylic paint and spray paint. His pieces can be described as full of personality, colour, movement and style – and you’ll find plenty of them on display in Red Eight Gallery during the second half of September. Make sure to stop by.